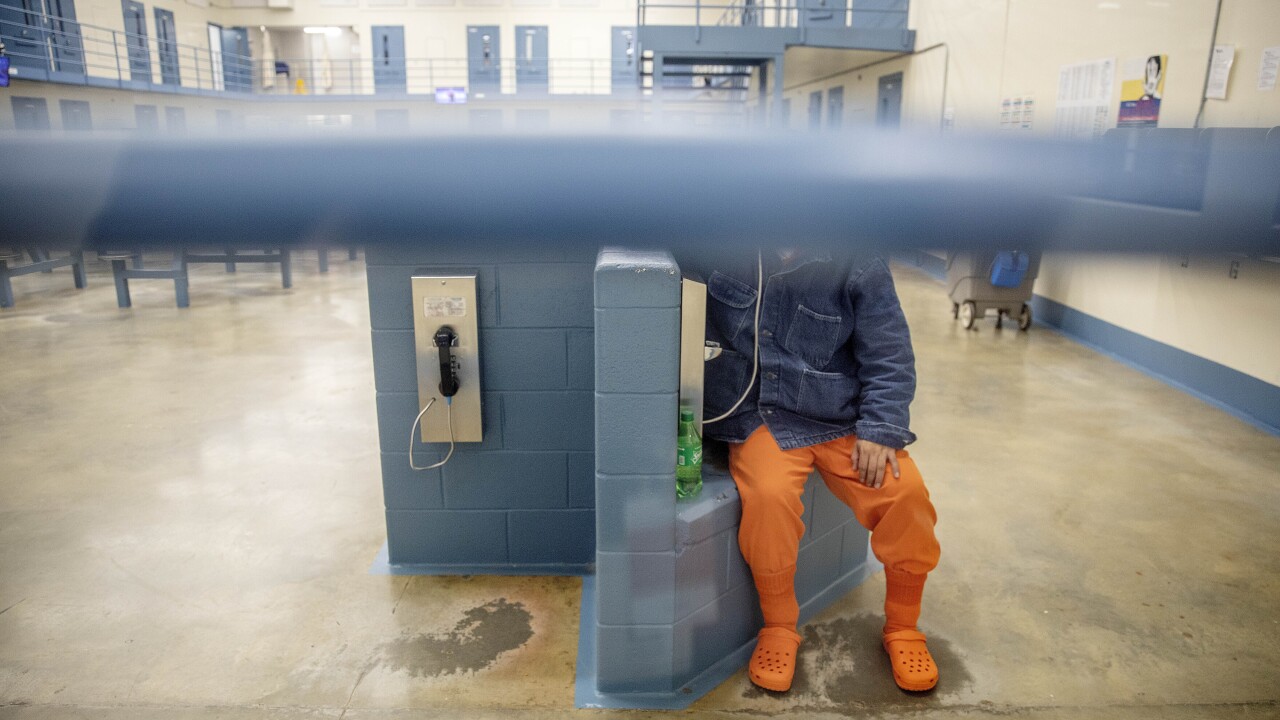 2019 Associated Press. All rights reserved.
David Goldman/AP
A detainee talks on the phone in his pod at the Stewart Detention Center, Friday, Nov. 15, 2019, in Lumpkin, Ga. (AP Photo/David Goldman)

LUMPKIN, Ga. (AP) — A diabetic Costa Rican man in federal immigration custody has become the second detainee in Georgia to die from COVID-19 complications after being held at a detention center that has reported more than 150 coronavirus cases.

Guillen-Vega was housed at Stewart Detention Center in Lumpkin and is the fifth person to die while in an ICE detention facility nationwide.

He had diabetes and hypertension, which ICE critics say made him vulnerable.

Critics continue to ask the agency to release at-risk detainees amid the pandemic.