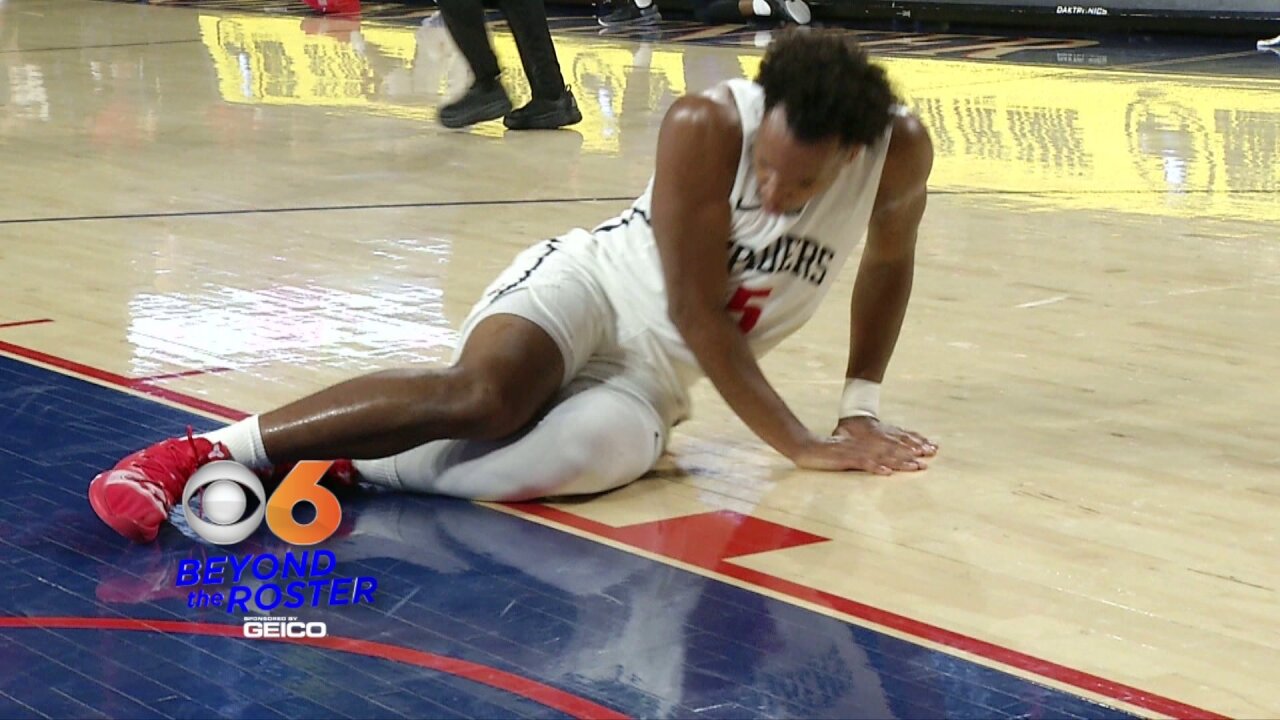 RICHMOND, Va. -- Last season did not start out as well as the Richmond Spiders would have hoped. But for Nick Sherod, it went from bad to worse in the blink of an eye.

On a drive to the basket against Hampton in the sixth game of the season, a play he estimates he's made hundreds of times, Sherod's left knee failed him.

"The whole thing with a knee injury, the only word is traumatic," explained Jay DeMayo, the Spiders strength and conditioning coach.

"If you know how hard these guys work in the offseason and 12 months a year to be good and maximize their college career, you can tell how horrible it is," added Richmond head coach Chris Mooney.

Sherod suffered an ACL injury that ended his season, a reality that didn't hit him right away.

That game had been Sherod's 54th straight start and he averaged over 14 points per game as a sophomore the year before. Now, he would have to embrace a new normal, where the best thing he could do to help the team was to get himself ready for next year.

Sherod began the long and lonely task of rehabbing his knee.

"There are so many days where I can see them having a hard time seeing the light at the end of the tunnel," said DeMayo. "Especially when you look at what Nick went through. A lot of the time he was just stuck here with me."

"Can you do a little bit more, a little bit better and a little bit faster or a little bit heavier today than you did yesterday? When they understand those principles we really open it up and they're involved in it," DeMayo added.

Sherod is one of the hardest workers and most organized players on the team. He did everything that was asked of him and slowly began to return to form.

"During the course of it, there were a couple of moments where he looked so much better, more confident, more comfortable and then also in the first game... when you're just playing and you're concentrating on your shot, your drive, your defensive assignment, whatever it is and you can just see him playing," said Mooney. "I felt the most confident seeing that."

But while Sherod worked to get his knee back into shape, a problem he wasn't expecting shook him just as he was set to return.

"I felt really good," Sherod remembered. "In practice I felt like I was playing well. In some of the scrimmages, I felt like I had played well. But I got to the game and I was like, I'm not ready for this."

Sherod nearly asked Mooney to not play him in the first game of this season. That's how unsure he was of his repaired abilities. The insecurity surprised and frightened him.

"The season is starting right now and the last time you did this, you tore your ACL and it was over with. I was nervous for sure. I remember my mom was crying before the game. There was a lot of emotion," said Sherod.

But as soon as he survived an awkward landing on that same knee, he knew he could forget about that part of his career for the time being. The injury can rob athletes of a year of their eligibility. Sherod used that time to experience things basketball would not have allowed.

"You may not have a chance to go back and talk to a professor about a book you read in class or go to lunch with this friend," Sherod explained. "You never know. So take advantage of everything."

"To be able to come back and for the guys to see someone who cares that much, to really attack his rehab in the manner that he did and come back, it's an incredible example for anybody, especially the guys who he is close to on the team," Mooney said.

This year, Sherod is averaging over 13 points per game and, more importantly, over 30 minutes of action every night out. He also scored his 1,000th career point in the Spiders home game against St. Louis.

Watch Beyond the Roster Thursdays on CBS 6 News at 11 p.m.