💔Veteran teacher defies odds despite debilitating disease: ‘Hopefully they will find a cure’

RICHMOND, Va. -- Despite numbers stacked against him math teacher, Kevin Steinke shows up for class each day.

The Armstrong High School educator battling kidney disease doesn’t want to let his students down, even though he hears the same response.

“They say, ‘Ugh, that was my worst subject,’” Steinke said.

Steinke makes math as least intimidating as possible and it is a task he’s been tackling for nearly 30 years.

“I try my best to teach it,” Steinke said. “What would you do without numbers?”

But there is one numeral this Richmond native would like to erase.

“I’m in stage 5 kidney failure,” Steinke said. “It’s a long-term disease that I have. Its finally catching up.”

Steinke has been battling the illness for a decade and his health is worsening seemingly by the week.

“Now I’m down to 11 percent,” Steinke said. “A lot of days it's everything just to drag myself off of the floor.”

Bouts of fatigue and sickness are part of his journey and if the 59-year-old doesn’t receive a transplant or choose dialysis, the disease is "a death sentence.”

But as sure as two plus two equals four, students can depend on Mr. Steinke when the bell rings.

His kidney may be failing, but colleagues said there is nothing wrong with his heart. 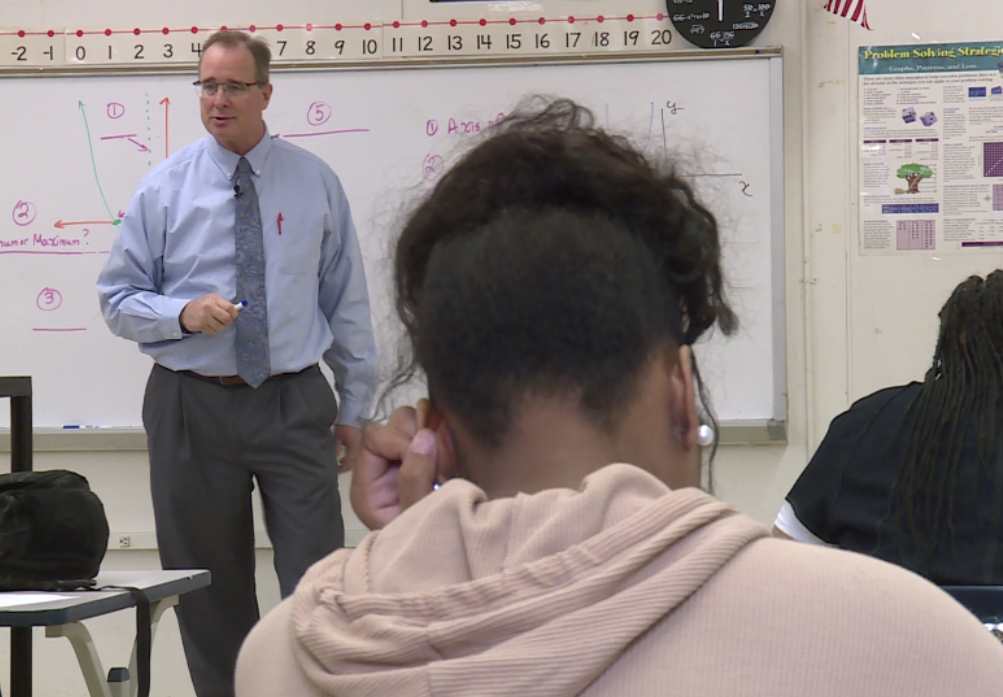 “So this is not about a paycheck, this is his calling,” Foundtain explained. “It’s a struggle for him every day. It’s a struggle.”

“Oh, he is in definitely 100 percent. He is all in,” Washington said. “Knowing he needs a kidney, I would suggest he share. He’s a good guy. I think we’re pretty lucky to have him here.”

Mr. Steinke will keep teaching as long as he can all while waiting for a new kidney. For this math teacher a transplant would add up to a new life.

“It’s the job I enjoy doing. Couldn’t imagine doing anything else," he said. "Hopefully they will find a cure for this one day."