🥍Mechanicsville teen makes saves on and off the field: ‘I remember how hard it was’

HANOVER COUNTY, Va. -- A Mechanicsville teen who beat the odds has dedicated his life to helping other young cancer patients.

"Oh, I love it. It's my favorite sport," Mark said. "My job is to stop the ball and direct the defense."

"It takes full responsibility to be the goalie," Coach Fielding Crawford said. "The goalies are a special group. Some say you got to have a couple loose screws."

For Mark, being on the field is heaven and the 17-year-old is obsessed.

"If I had a choice to do anything right now, it would be just to play lacrosse. That’s how much I love it," Mark said.

While Mark dreams about his next game, he takes comfort knowing he's already beaten his biggest opponent.

"[It was] just a terrible time I don’t want to relive," Mark said. "I remember the doctor visits and the painful shots I kept having."

“Whenever you have a doctor pulls you aside, and needs to talk to you in private, you know something is serious,” Mark’s mother, Wendy, said. 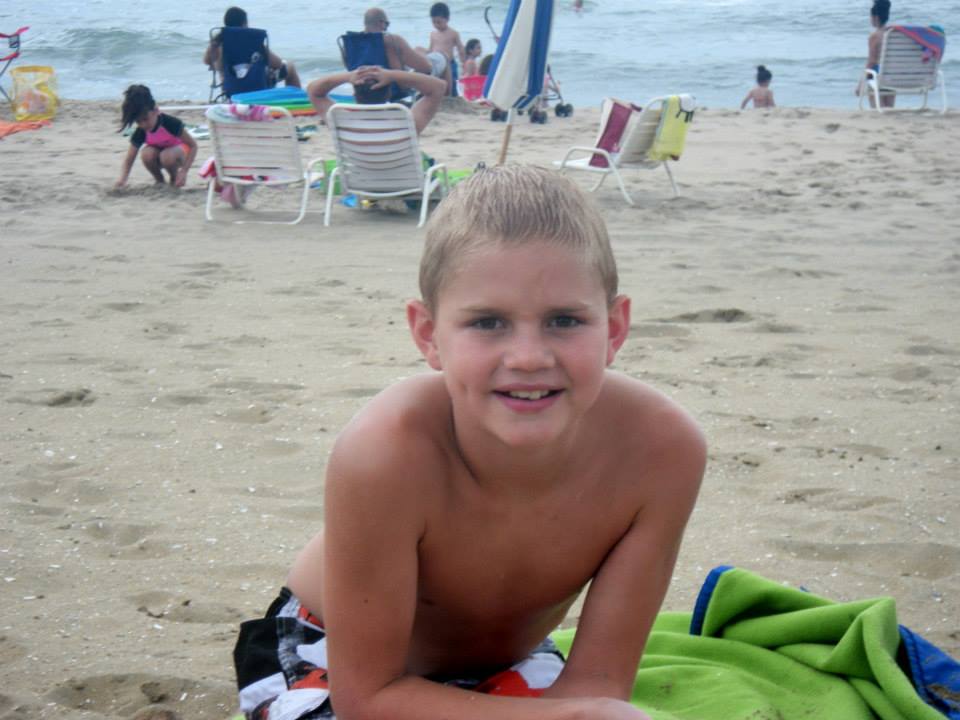 "Everyone is staring at me with a mask on. And I just wanted whatever was happening to me to be over," Mark remembered.

The illness was draining the life out of Wendy Isabelle's youngest child.

"He was at 20 percent maybe going to live maybe," Wendy said. "There were times that it was unbearable the things that he was getting. He was getting spinal taps constantly."

Wendy documented each step of her son’s harrowing journey.

"They knew I could pull through," Mark said.

At age 8 he was given a clean bill of health.

"I just looked at it as, 'My son has it and we're going to beat it,'" Wendy explained.

Mark shaves his head each year at the St. Baldrick's event to raise money for childhood cancer research.

Being cancer-free has allowed the honors student and musician to pursue his true passion.

Mark is still fighting cancer in another arena. Through public awareness and fundraising. Each spring for seven years running Mark shaves his locks for St. Baldrick's to raise money for childhood cancer research.

"He has so much empathy for people," Wendy said. "He wants to do things for other people."

"I don’t want any kid to go through what I went through," Mark. "It was a tough time and it was very tough."

Mark feels a kinship and responsibility to give back and is not wasting his second chance.

"When I hear a kid, who has gotten sick or who has cancer, I remember how hard it was for me. And I don’t want anyone to go through that," Mark said.

Atlee’s Coach Fielding Crawford called Mark a warrior on and off the field.

"He's tough as nails," Coach Crawford said. "Playing in a high school lacrosse game, it's probably small potatoes for him, quite honestly."

Mark said the field is where he does to relax and have fun.

"I appreciate my team. They always have my back," Mark said.

The survivor goalie will always dedicate himself to making saves in the game of life.

"I would say keep your head up," Mark advised. "It will get better. You just got to fight."