HENRICO COUNTY, Va. – Police are asking for the public’s help to identify the suspect who robbed a Henrico County bank Friday afternoon.

The robbery happened at the First Citizens Bank located in the 10000 block of Patterson Avenue, in the western portion of Henrico.

Investigators said the suspect provided employees with a note indicating that he was armed however a weapon was not displayed. After demanding money he fled on scene on foot. 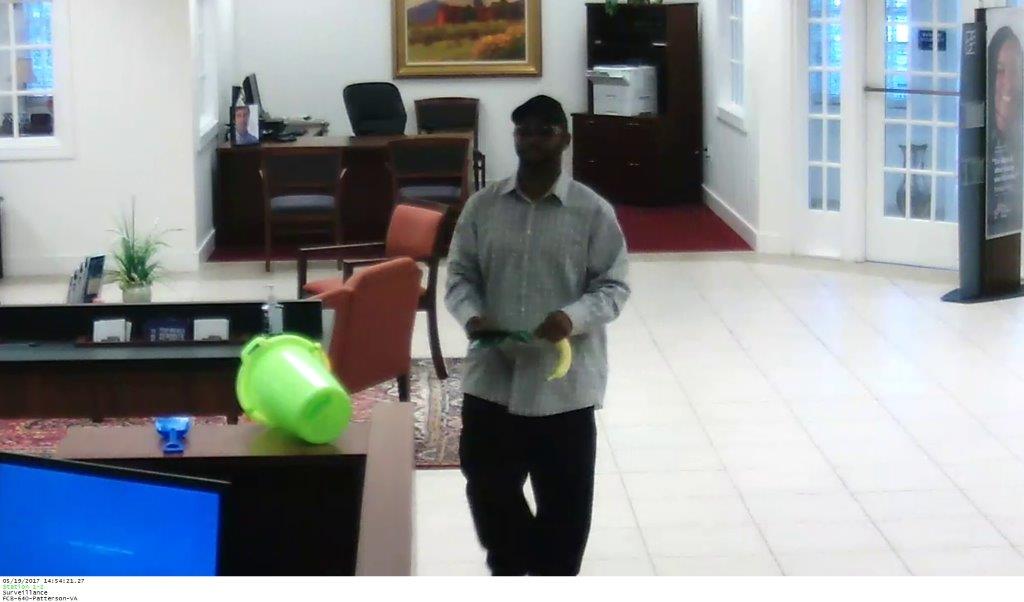 The suspect is described as a black male, 5’5″ to 5’7″ tall with an average build. He was also seen holding a banana and wearing sunglasses and a black hat.