BROOKLYN, N.Y. – Twenty-two Virginia residents are among 24 individuals charged in the biggest gun bust in Brooklyn history, according to the Brooklyn District Attorney’s Office.

Fifteen of the suspects arrested are from the City of Richmond, one from Chesterfield, and another from Highland Springs. Acting Brooklyn District Attorney Eric Gonzalez identified one of the leaders of the conspiracy as Levar Shelborne, a.k.a. Wavy Boy, from Richmond.

Wednesday, Gonzalez announced 217 firearms were recovered in a gun trafficking conspiracy where guns were purchased in Virginia to be sold on the streets of Brooklyn. 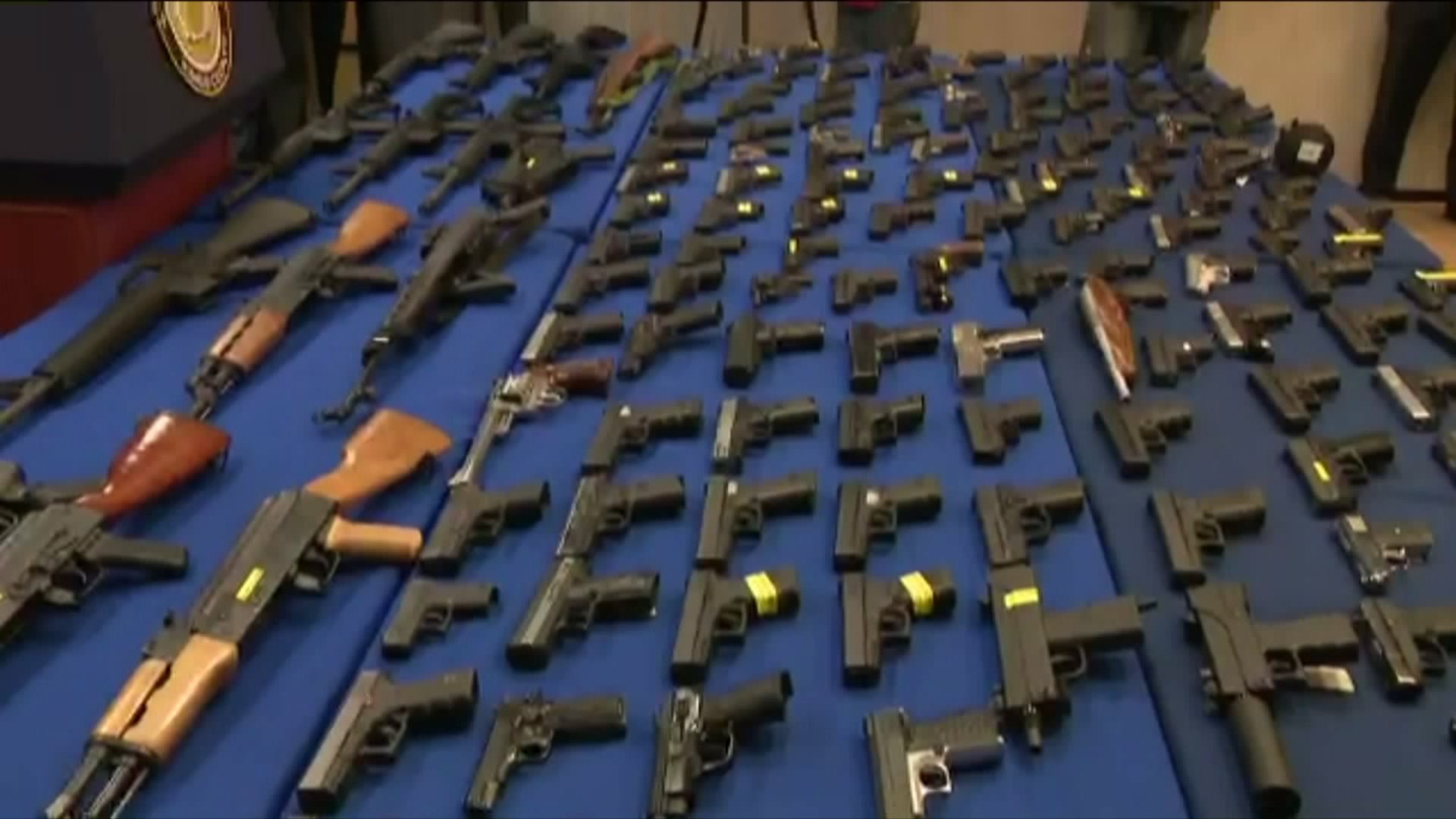 Officials said the 627-count indictment is the result of a long-term investigation conducted by the New York City Police Department’s Firearms Investigations Unit and the Brooklyn District Attorney’s Office.

Gonzalez said many of the suspects were allegedly involved with Blood gangs in Virginia and Brooklyn.

He said the firearms included handguns, rifles and assault-type weapons.

“Between June 2016 and February 2017 the defendants allegedly conspired to sell guns purchased in Virginia to a purchaser in Brooklyn,” said the indictment. “The investigation included the use of electronic communications intercepted pursuant to court order, as well as physical and video surveillance.”

Investigators believe the criminal organization operated in the City of Richmond and Henrico County, while another arm of the conspiracy operated in the cities of Hampton and Newport News.

Some of the 217 firearms recovered as part of 627-count gun trafficking indictment, w/ @NYPDnews pic.twitter.com/0Gv0nQaWMD

“The individuals comprising each arm of the conspiracy received direction from higher ranking members from each geographic area, who coordinated and organized the joint firearms trafficking operation between the two areas,” said the indictment.

Gonzalez said that the defendants allegedly used proceeds from the trafficking conspiracy to fund a “lavish lifestyle, purchasing drugs, jewelry, clothing, and sneakers, in addition to sending money to jailed associates.”

According to the indictment, some defendants are accused of being ‘straw purchasers,’ who legally purchase firearms under Virginia law, only in order to give them to other defendants for illegal resale.

The defendants were arrested last week, mostly in Virginia. Charges include criminal sale of a firearm; criminal possession of a weapon and conspiracy.

In May of last year, CBS 6 talked to three of the defendants who were trying to mentor kids on Richmond's Southside in an attempt to stop the violence there. One of those men included Levar Shelborne, an alleged leader of the gun trafficking conspiracy.

"It's about seeing a conflict and realizing you can be assertive and not aggressive, you can be understanding and not reluctant to talk," Shelborne said in May 2106.

"I'm not even going to call for it, I hope people look and see what I’m doing or see what we're doing and they learn from it and they try to set an example in their neighborhood," Antoine Smyre said in May 2016.

Less than a year later, Shelborne and Smyre are in jail facing gun trafficking charges.

In court ordered wiretaps, you can hear some of the defendants talk about how easy it is to buy guns in Virginia.

Virginia Attorney General Mark Herring called the bust embarrassing for the Commonwealth, and he said the General Assembly needs to strengthen gun laws.

"It's a black mark on Virginia and does not reflect well on us it makes other places unsafe," Herring said.

Herring talked about an old Virginia law that he said could have prevented this situation.

That law only allowed people to buy one gun a month, but it was repealed by the General Assembly a few years ago.

"These guns are being exported out of the state, but they're also on our own streets here in Virginia making our communities less safe," Herring said.