Some homeowners living on Gildenborough Drive found an explicit political message spray painted in red on the road in front of their homes on Monday morning.

Another vulgar slur was spray painted on a speed limit sign on a main stretch of Salisbury Road. 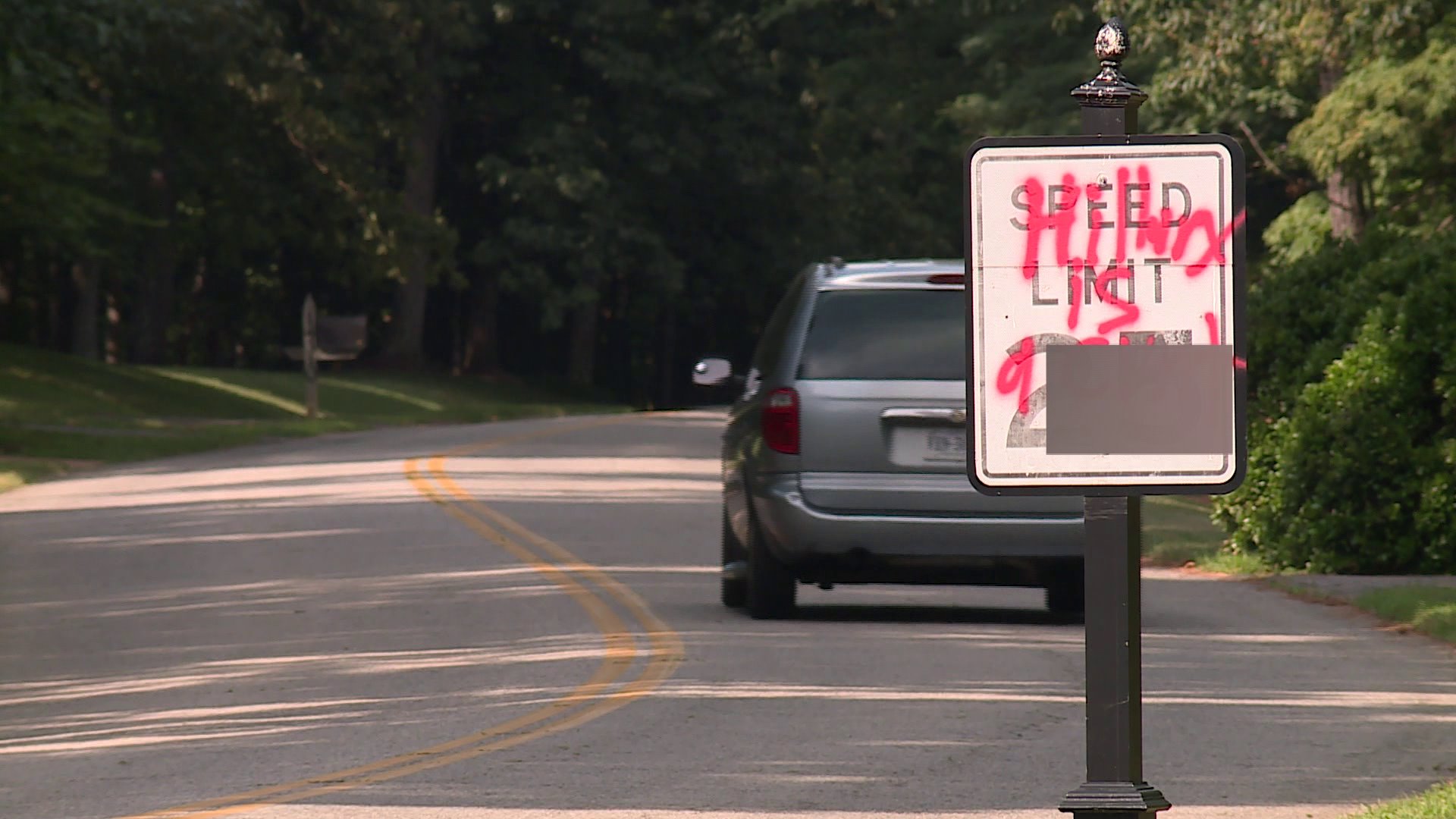 "My first assumption was that it was probably teenagers," Bergh said. "I couldn't imagine adults spray painting this kind of stuff."

The signs weren't the only cases of recent vandalism in the Salisbury community.

Homeowner Andy Lingle said someone destroyed his mailbox, which was cemented into the ground, causing around $200 in damages.

There have been several cases of vandalized mailboxes in the Salisbury community in recent years, which is a federal crime that carries up to three years in prison and $250,000 in fines.

"I'd like to see the people who did it, dig this post out of the ground and replace it for me," Lingle said.

"I'd like to see the people who did it, dig this post out of the ground and replace it for me," Lingle said.

Some neighbors said surveillance cameras on their homes, may have captured images of the vandals or their vehicles.

Donahue said he plans to post a warning on the SHOA website, advising residents to be on alert.

While petty crimes are not uncommon in Northern Chesterfield County, residents said they hoped the vandalism was not a sign of things to come in what could be an emotionally charged campaign season.