Over 3,500 law enforcement officers gathered for the funeral of Trooper Dermyer, who was shot and killed by a man during a training exercise at the Greyhound bus station in Richmond last week.

Dermyer's superiors, as well as his fellow officers, spoke at the service. 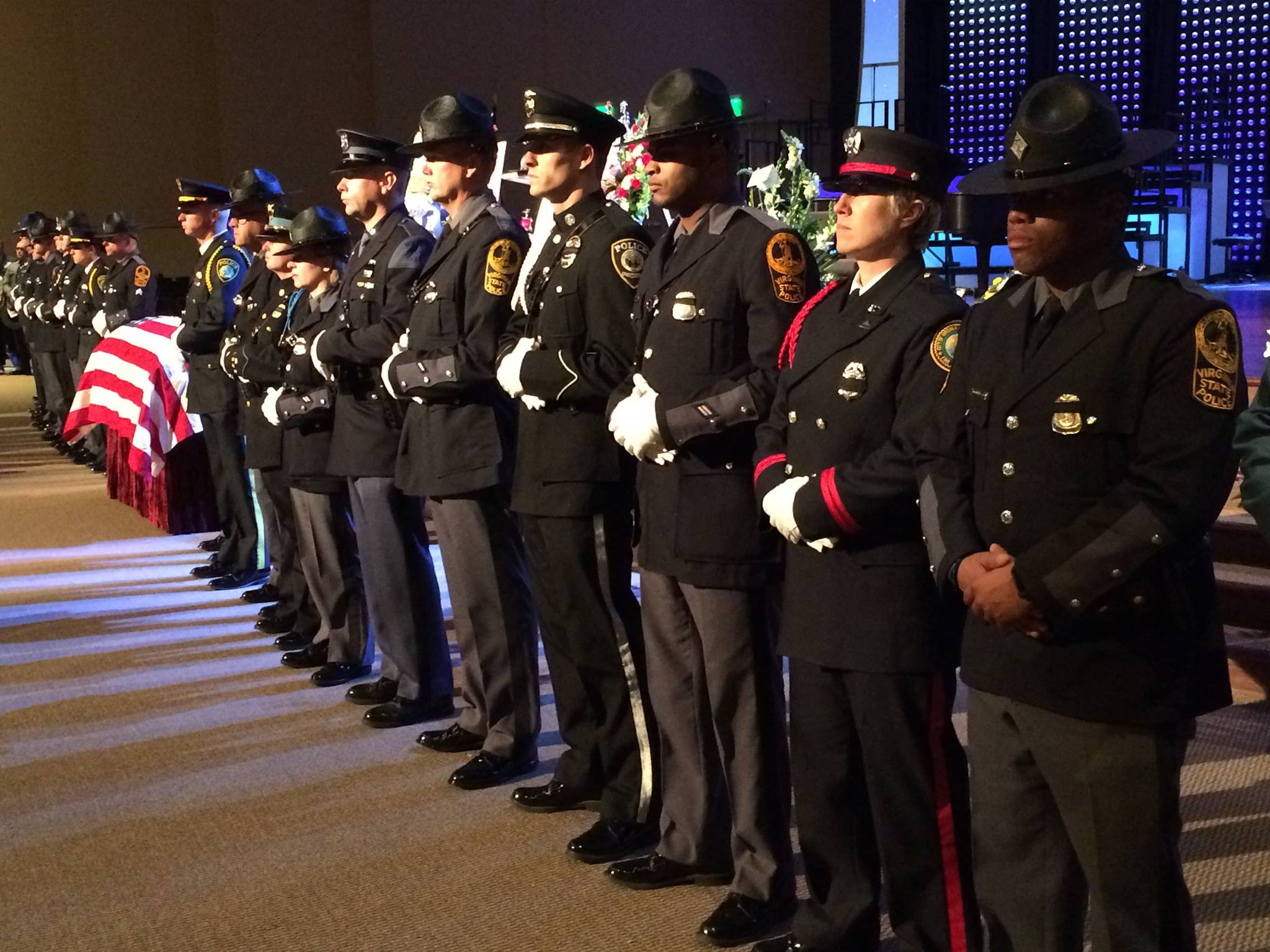