ASHLAND, Va. -- A local six-year-old overcoming tall odds signed a national letter of intent to join the Randolph-Macon women's lacrosse team Friday. Allie Jones is fun loving, with a smile to brighten any day, but she’s been through a lot in her six years.

Born three months pre-mature, Allie’s lives with Cerebral Palsy and her stomach and colon doesn't work. She faces multiple transplants in her future.

“She has an IV in her chest. It is hooked up 24 hours a day seven days a week,” Allie mom, Amanda Jones said.

Despite her circumstances, Amanda said her daughter's resolve is limitless.

“When she signed her celebratory letter for us today it doesn't say for the next four years it says forever,” said RMC lacrosse coach MK Geratowski.

Allie officially joined the lacrosse team as a new mid-fielder Friday. During the official press conference teammates presented Allie with her very own lacrosse stick.

She also got the jersey she will wear for the Yellow Jackets this season, number 32.

The squad’s new pint-sized secret weapon sharpened her skills on the Randolph Macon turf as she took in her first practice with her new teammates. 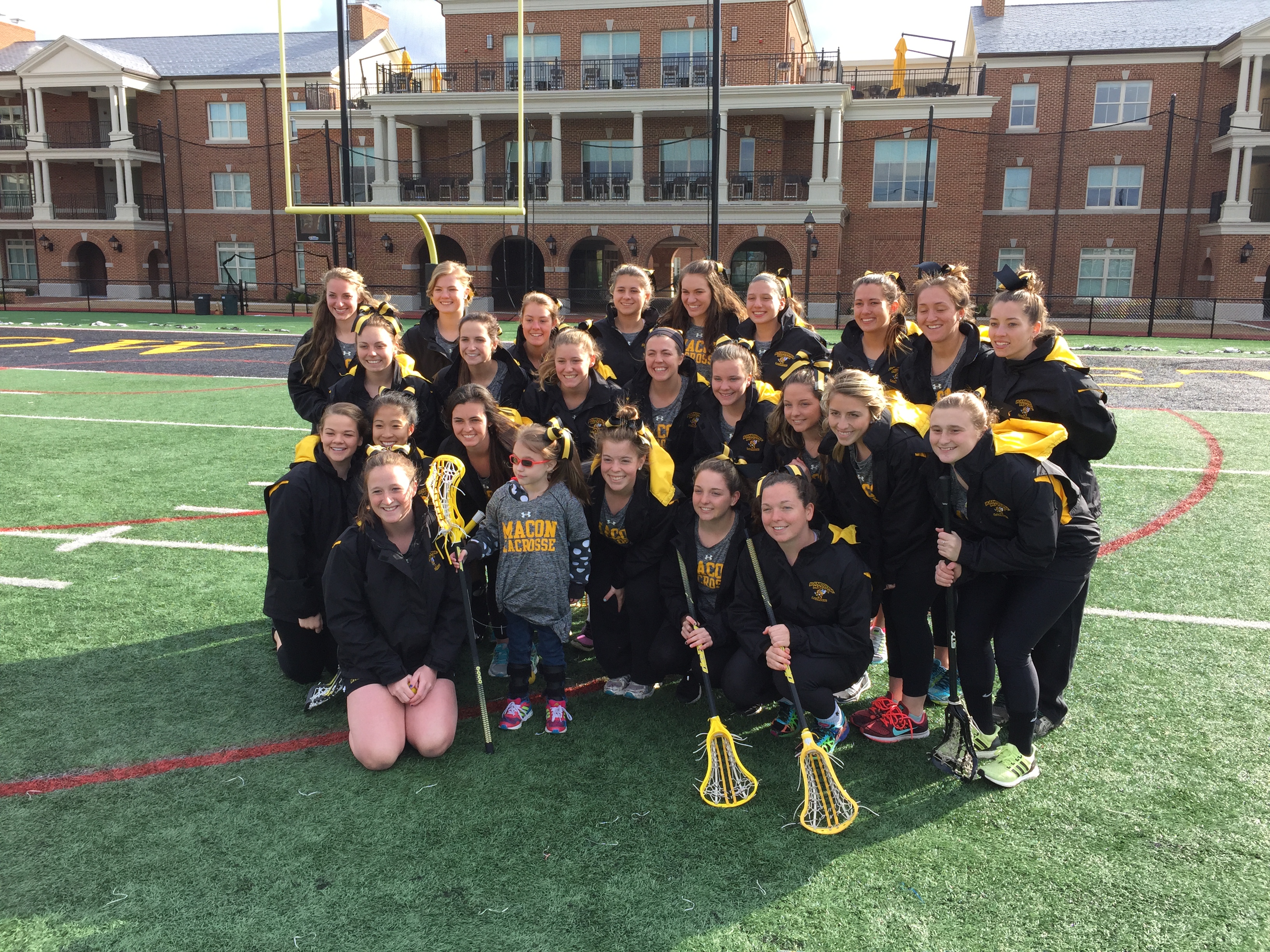 “She looks so forward to coming here and seeing 'my team,'” said Allie's mother.

Allie may never play in a single game, but that does not matter to her new team.

“Allie Jones joined our team and were so excited about that,” said Randolph Macon lacrosse player Alex Lightfoot.

“I can’t believe she has gone through so much and she is such a happy girl,” said another player.

It is that fighting spirit the Yellow Jackets hope to harness on the field.

Amanda said this day meant so much for her daughter and their family, “I will never be able to thank the coaches and players for what they've done for Allie.”