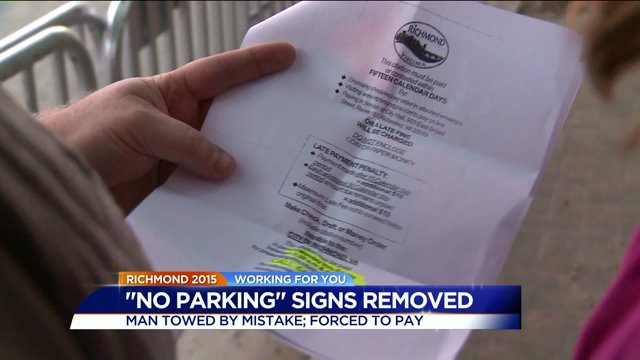 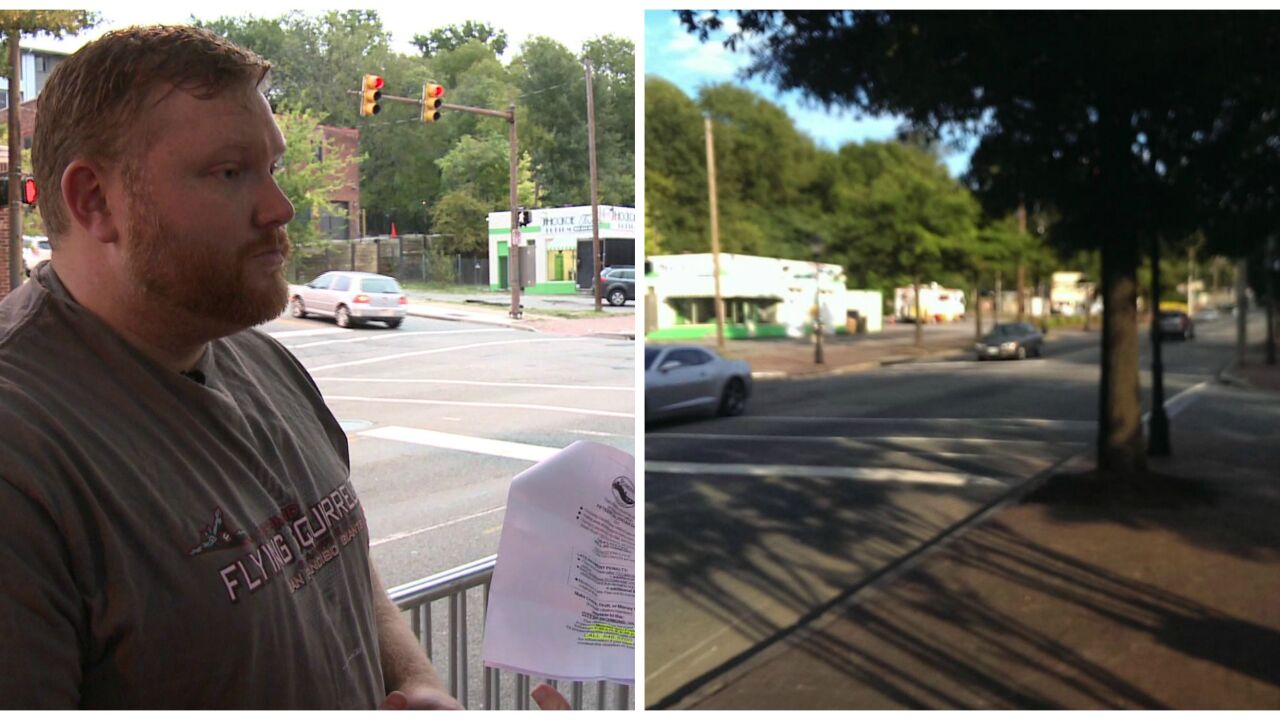 Dale Beck said there were not any “no parking” signs on Main Street near the intersection of 25th Street when he parked there Sunday evening, but soon after he parked his car was towed.

“I see my car on the back of a tow truck going around the corner,” Beck said.

Richmond police told Beck that was a “no parking” zone for the bike race, but Beck said pictures he snapped moments after his car was towed prove there were not any “no parking” signs up when he parked.

Beck said pictures he snapped moments after his car was towed prove there were not any “no parking” signs up when he parked.

“There had previously been signs up on the post there, and the post down there and they`d all been clipped down,” Beck said.

But, Mercante said police still had to move the car to clear the course.

Still, Beck said it’s unfair that he had to pay $95, go pick up his car, and now has to battle the city for something that was not his fault.

“I asked the tow truck company what I could do to contest the ticket this is the sheet they gave me.  They highlighted this is the number to call,” Beck said.

Richmond Police said Beck and anyone else who has their car towed can contest the ticket at city hall.

Beck plans to contest his ticket and has this advice for others.

“For the rest of the bike race I would recommend taking a photo when you park your car because you don't know when these signs are going to go up,” Beck said.