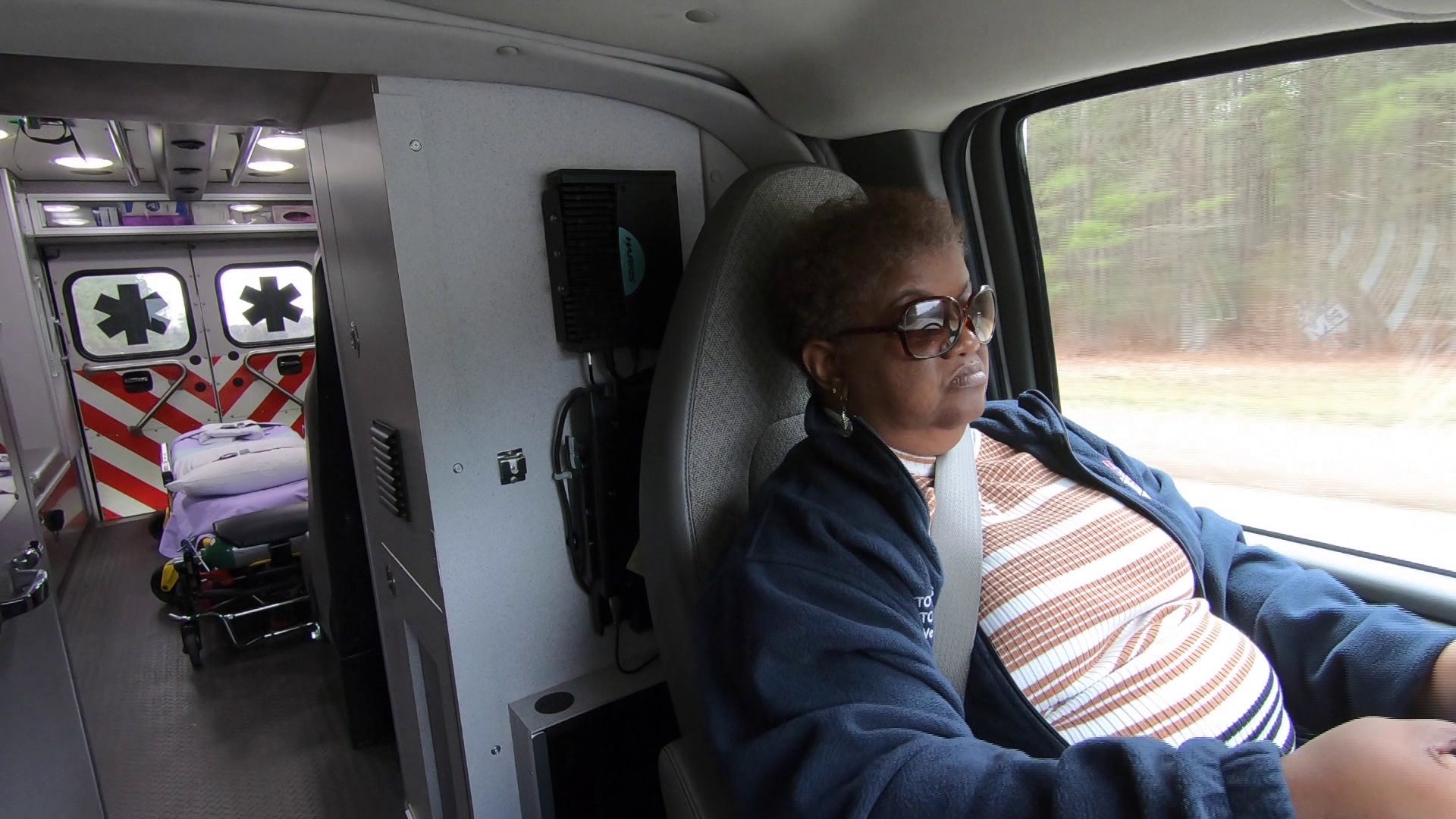 Carolyn White, a volunteer with the Stony Creek Rescue Squad, said sometimes people in the community don't call 911 for help, they call her cell.lll

White, a volunteer with the Stony Creek Rescue Squad, said sometimes people in the community don't call 911 for help, they call her cell.

"They ask me medical questions, sometimes I drive my car to their house and someone else will bring the ambulance or sometimes it's just the comfort knowing somebody is there," White said. "I guess it's just something that I'm put here to do."

Initially, White did not want to join the rescue squad. She said her nerves were too shaky and never felt like the medical field was her calling.

That changed in 1984 when the Stony Creek Volunteer Rescue Squad put out the call for volunteers.

"A lot of the people had become elderly and the rescue squad needed more members in order to keep operating," she recalled. "There was a need, so I did it, it was an opportunity."

Now 60 years old, the 30-year-old veteran calls the rescue squad her home away from home.

But it has not been an easy road.

White, like many first responders, struggles with what she sees when she's called out to work.

Recently, she was called to a crash on Interstate 95.

"There were two fatalities, two patients. A tractor trailer rear ended a compact vehicle," she said. "I was leary at first, walking up on the vehicle because, usually it's local residents. Being from a small community, you just see so many of your own people that you really know."

She did not know the people involved in the crash.

"You have to treat them the same way you treat the person who survived the call," she said.

All these years later, White -- a three-time heart attack survivor -- said being a member of the rescue squad saved her own life.

"I truly believe my life has been extended because of my volunteering in this community," she said."Being able to help so many people."