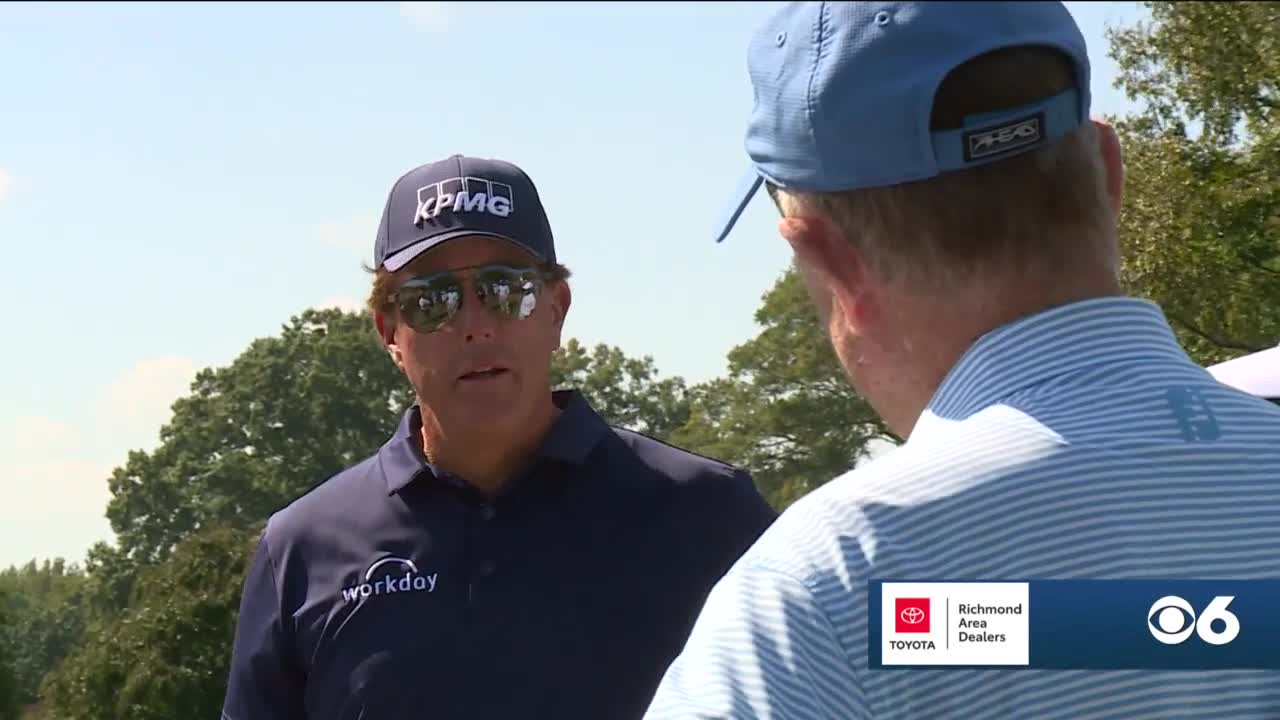 Mickelson admitted part of his decision to play at the Dominion Energy Charity Classic this year had to do with preparing for his first November trip to Augusta.

RICHMOND, Va. -- Phil Mickelson was stumped. The five-time major champion was asked when was the last time he played competitively in Virginia, and he had to think about the answer.

Arthur Utley, the longtime golf writer for the Richmond Times-Dispatch didn’t let him ponder too long.

“1993!” Utley yelled out from the back of the assembled media.

Between then and now, Mickelson has had one of the most successful careers in golf, including three Masters titles, 44 wins on the PGA tour, and over $90 million in prize money.

Mickelson admitted part of his decision to play at the Dominion Energy Charity Classic this year had to do with preparing for his first November trip to Augusta.

“I felt like this was a great place to get things started,” Mickleson said. “I’m trying to work on building up some speed and I felt this course was a good place to do it.”

Mickelson has just two wins on the PGA tour since winning the British Open back in 2013.

In his first start on the Champions Tour, he won the Charles Schwab Series at Ozarks National with a record-setting performance. Turning 50 years old may have come at just the right time in his career.

“I think that this [Champion’s] Tour helps me quite a bit,” Mickelson explained. “It helps me work on the areas I need to work on in my game. It’s very difficult to be competitive on the regular [PGA] Tour week in and week out unless you drive the ball incredibly long and straight. The long part I’m ok with, it’s the straight part I struggle with.”

Mickelson cited the wider fairways and shorter rough on Champion’s Tour courses which allowed him to tinker with his game without being too penalized and remaining competitive.

“You have to be in the thick of it and compete,” Mickelson continued. “You have to feel those nerves to be able to get better. I’m able to compete out here and get my skills a little bit sharper.”

Mickelson will play his first-round Friday morning with Jim Furyk and defending champion Miguel Angel Jimenez, a grouping that would have drawn massive crowds if not for COVID restrictions that will not permit fans to be on the grounds this year.