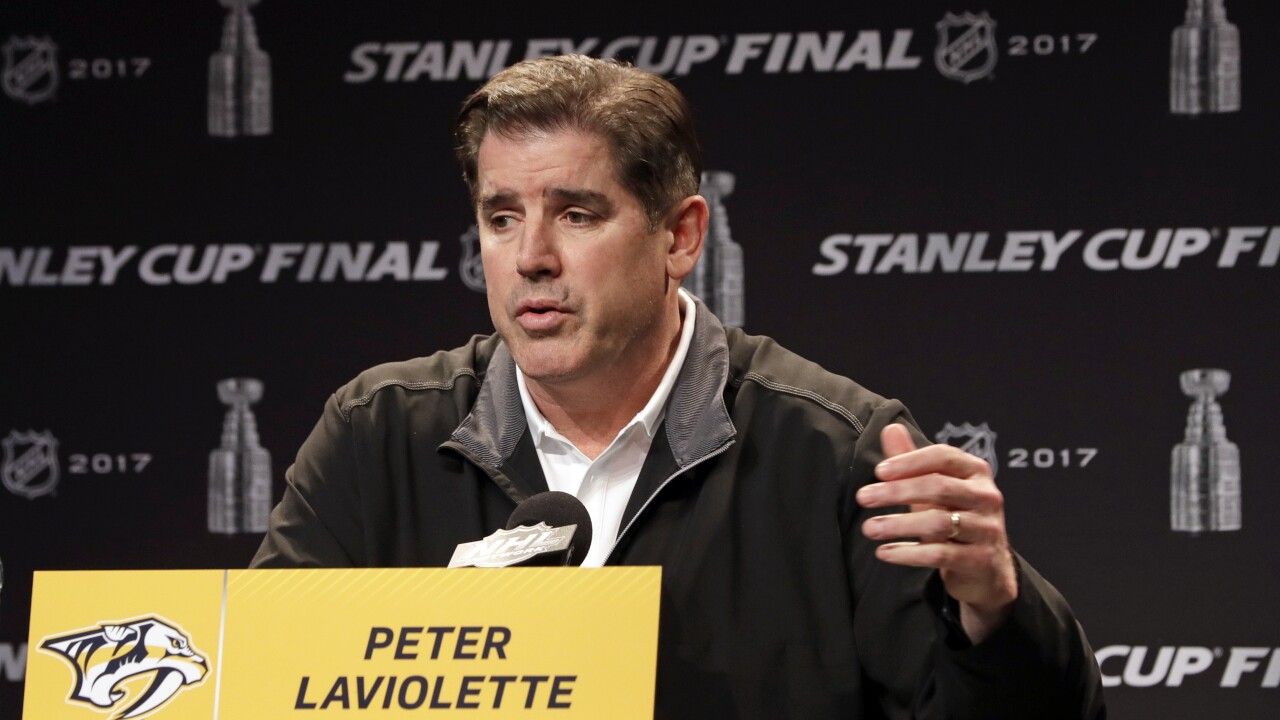 WASHINGTON -- The Washington Capitals have hired Peter Laviolette, who won the Stanley Cup with the Carolina Hurricanes in 2006, as coach.

Laviolette replaces Todd Reirden, who was fired last month after a second consecutive first-round exit in the playoffs.

Laviolette has 18 years of experience as a head coach. He most recently coached the Nashville Predators but was fired in January after 5 1/2 seasons with the team.

Laviolette led the 2010 Flyers and 2017 Predators to the Stanley Cup Final.