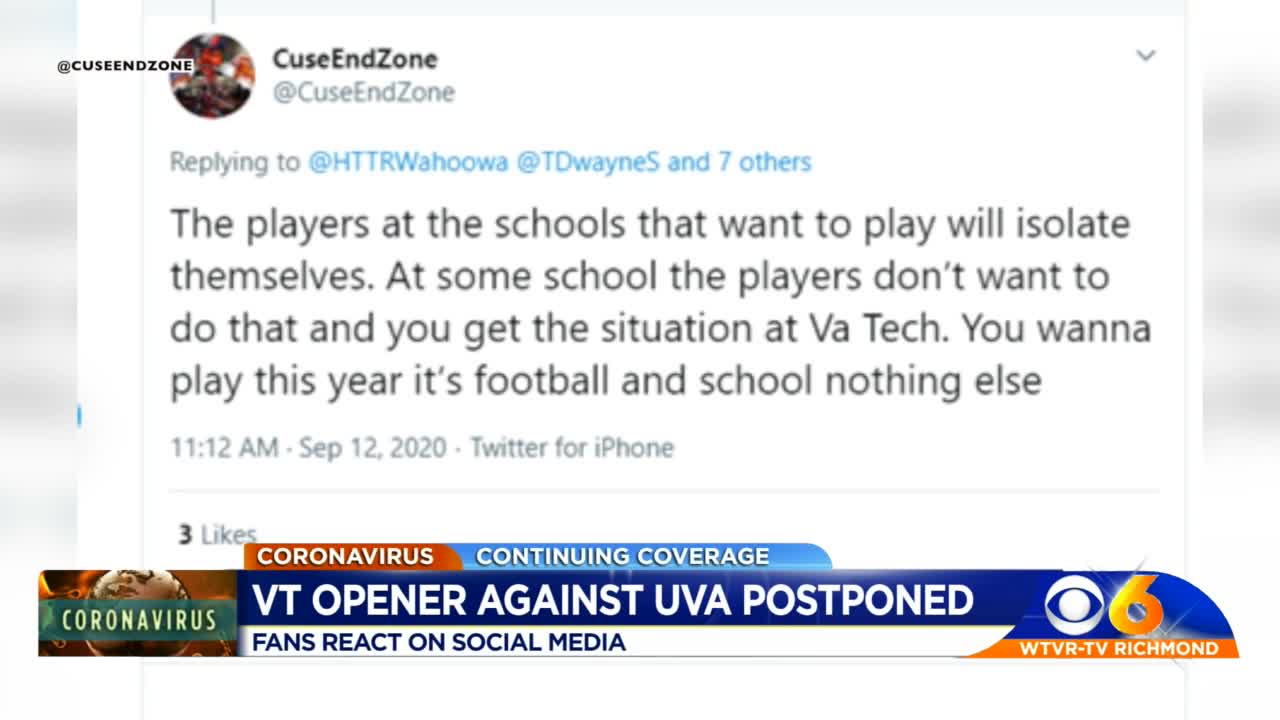 In a statement released by Virginia Tech early Saturday morning, it was announced that the Hokies season opener against the Cavaliers has been postponed "stemming from COVID-19 issues at Virginia Tech." 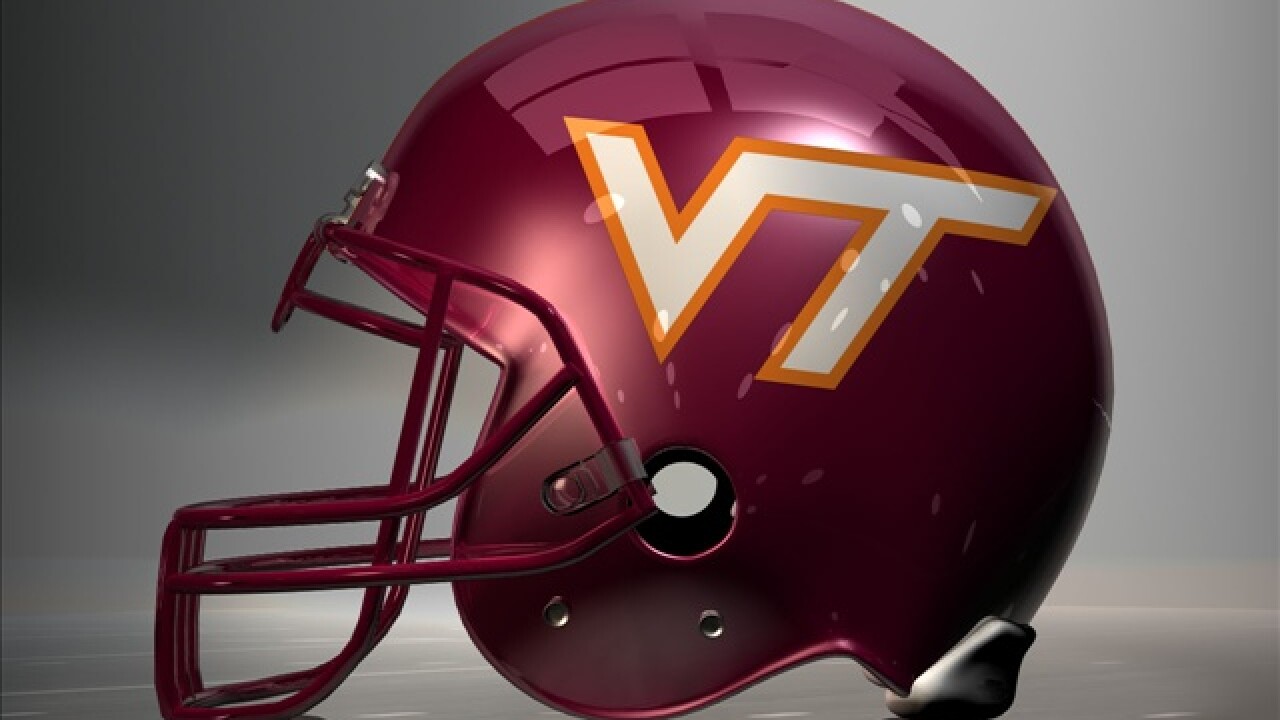 BLACKSBURG, Va. -- Earlier this week, Virginia Tech football coach Justin Fuente lamented he wasn't positive if his team could have taken the field for their originally scheduled season opener against N.C. State, which was to be played Saturday, Sept. 12.

On Friday, he found out his team won't play next Saturday against UVA either.

In a statement released by Virginia Tech early Saturday morning, it was announced that the Hokies season opener against the Cavaliers has been postponed "stemming from COVID-19 issues at Virginia Tech."

"The safety, as well as the physical and mental well-being of these young men and women entrusted to our care by their families remains our top priority," said Director of Athletics, Whit Babcock. "While we share the disappointment of everyone who hoped to begin the football season against our in-state rival, we remain optimistic that a full ACC football schedule can be played thanks to the flexibility the present format permits. Despite this delay, our schedule still aligns closely with the Southeastern Conference and Big 12 football timelines.

HC Justin Fuente wasn't sure if his team could have played today. Now they won't play next Saturday either. Game vs. @UVAFootball postponed https://t.co/bwlakM6M7V

Virginia Tech also announced they are shutting down football activities for the next four days.

"We appreciate the continued support of President Sands for our student-athletes and Tech Athletics as we navigate these unprecedented times," Babcock continued. "We are still optimistic about fall Olympic sports playing their schedules. We likewise support Dr. Sands and our campus officials as they remain committed to providing the best learning environment possible under the circumstances this semester."

Virginia Tech does not release COVID testing numbers for its student-athletes, but Fuente has said previously that his team's testing numbers fall in line with those of the general student population in Blacksburg.

"My primary concern continues to be the well-being of the student-athletes on our football team," said head coach Justin Fuente. "I hurt for them because I know how badly they want to compete. I also appreciate that these young men have been dealing with the same stress, uncertainty and anxiety as their fellow Virginia Tech students over the past few months as their spring semester was dramatically altered. Then they were forced to find a way to train on their own, and to their credit, they found a way to get it done.

"So many individuals worked so tirelessly to give us an opportunity to get back on campus to train and to get back on the practice field. To all of those individuals who continue to go the extra mile for our student-athletes, I'm extremely grateful. I appreciate how many people at Virginia Tech are so deeply invested in the success of our football team and our young men."

“These are very challenging times. We understand and respect the decision by Virginia Tech,” said Virginia director of athletics Carla Williams. “With so much uncertainty, flexibility in scheduling becomes incredibly important. I know both teams and both fan bases were looking forward to opening the season next weekend. We’ll work with the conference and Virginia Tech to reschedule.”

Here is the statement from @ADWilliamsUVA concerning the rescheduling of the Commonwealth Cup showdown with @HokiesFB.@CBS6 pic.twitter.com/kvzbU0NXN4

No new date for the VT/UVA game has been announced, but both teams are open on Dec. 12. Virginia Tech's season opener will now be in two weeks on Sept. 26 at home against N.C. State. Virginia will not open their season until Oct. 3 at Clemson.