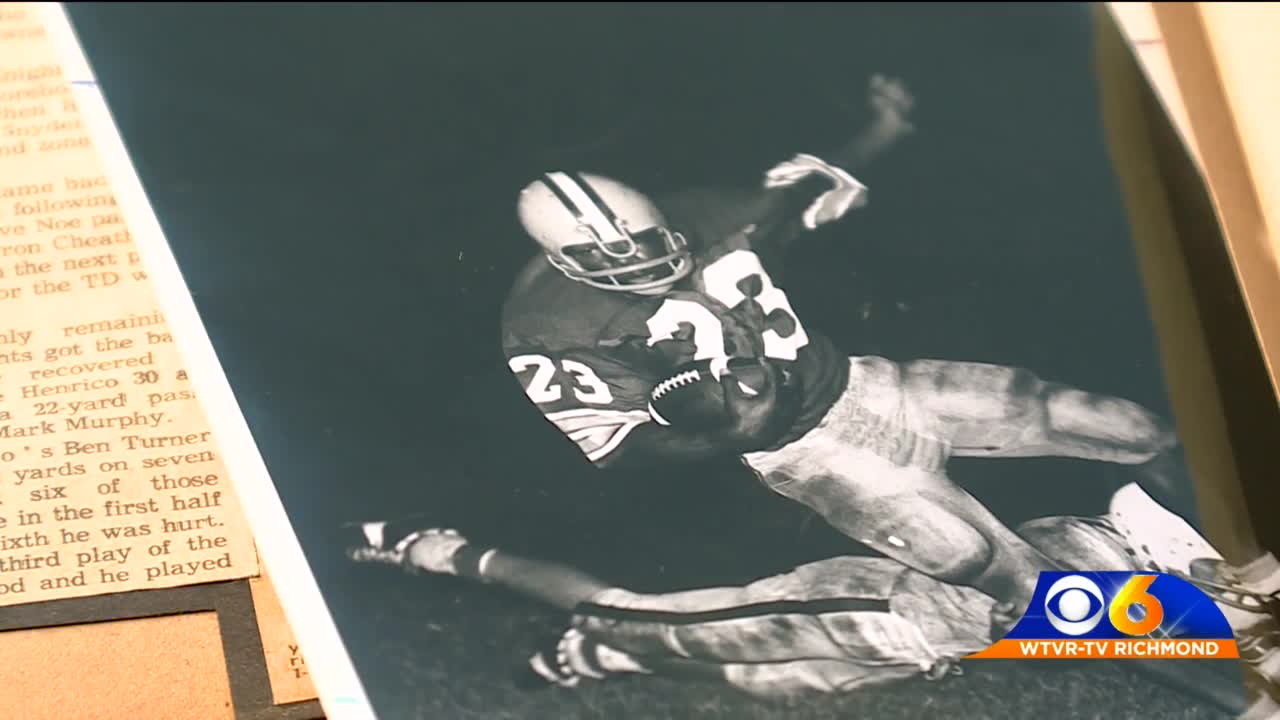 It may show signs of wear and tear, but the collection of clippings and photos from the 1970 Henrico High school football team, the first in school history to win a regional championship, is packed with history. 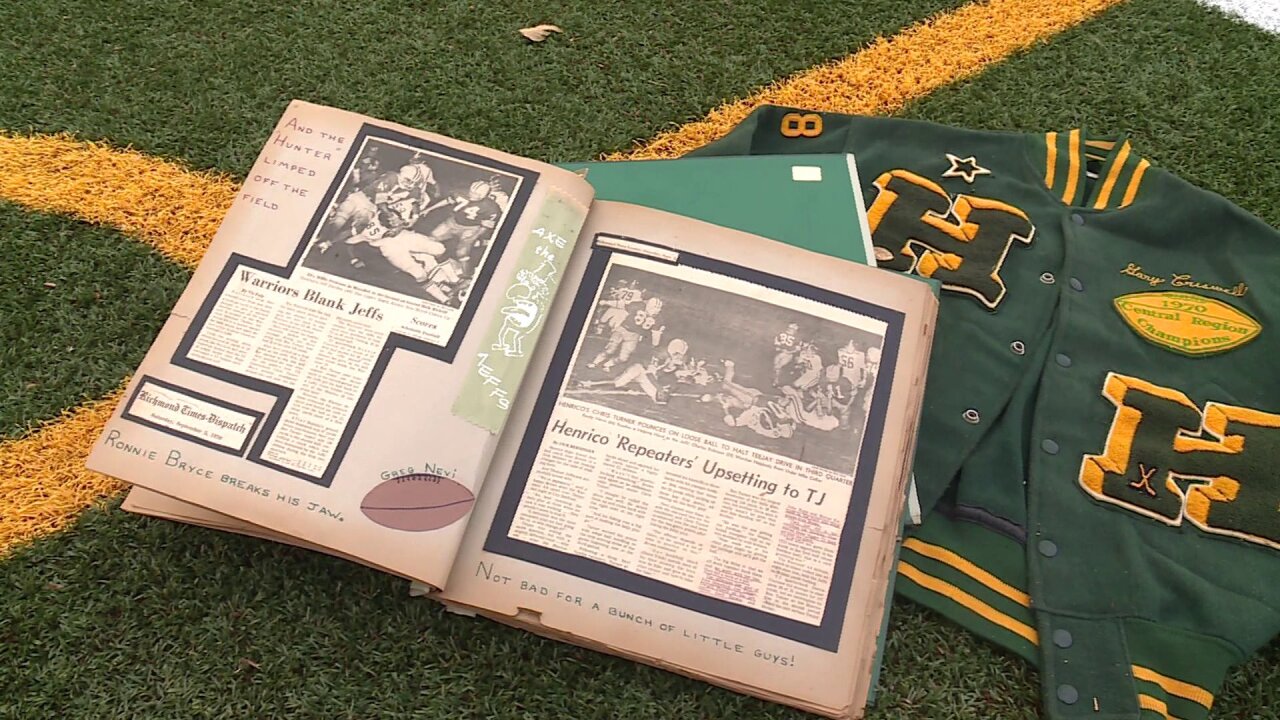 HENRICO COUNTY, Va. -- It may show signs of wear and tear, but the collection of clippings and photos from the 1970 Henrico High school football team, the first in school history to win a regional championship, is packed with history.

“We had a special bond at that time with all of us from playing together for such a long period of time,” said John Rupp who played offensive and defensive tackle that year.

The core of the team had played together since the 8th grade. The year before, they were just 4-5-1, but something told them their senior year had a chance to be different

“It was just a great combination of smarts to gather up that offense and tough linemen up front on both sides of the ball that just made it a beautiful combination,” said Ron Axselle, the offensive line coach on that team.

“You knew when things got tough, we knew how to pull it together, lean on one another,” added Jimmy Collier (DE/OT) “Step it up and make a play. That would bring us all even tighter together”

The 1970 team allowed their opponents to score just 37 points in 11 games and the defense had 6 shutouts.

They finished their season 10-1.

“Don`t bring it up,” Axselle warns “Don`t make us say it. Freeman in the mud bowl.”

There are even conspiracy theories about that one loss.

“Our field was pretty dry,” recalled John Shimchick (TE/LB) “That one was pretty wet.”

“Everybody wanted to get us on a muddy field because of the speed we had,” added halfback John Scott.

“It hadn`'t rained in 3 days and there was water glistening on the grass” Axselle continued. “But don`t bring that up!”

“We could have swam up and down the field,” added Chris Turner.

They finished with a regional final win over Thomas Dale.

“We liked the way the streets were after we won,” said Gary Criswell (TE) “We went out and had a good time.”

“I'm sitting next to one of the smartest guys I've ever seen play the game,” said Axselle

Chris Turner was the quarterback of that year's team.

“I was just a kid out there having fun” Turner recalled. “All the other significance kinda hit later on throughout the years.”

What was groundbreaking and might receive a myriad of attention today barely got noticed back in 1970, and was never an issue in the Henrico locker room

“We didn't think anything about it,” said Greg Nevi (FB/S)

“They came on, Chris was the captain of the team,” said Rupp. “Because of the type of individual that he was.”

“And we voted him that” Nevi added.

That's not to say Turner didn't have his issues and challenges. He remembers one incident where students were saying some negative and derogatory things until they saw Turner standing behind them.

“They started apologizing, everybody was apologizing,” Turner remembered. “I don't know where this came from but all I said was 'you should never apologize for saying something that you mean.' And I turned around and walked away.”

Turner believes that reaction, plus his play on the field, were the major factors in his acceptance. And their friendships are just as strong 50 years later

“It was a time when you just took people for what they were and that's what was beautiful about it,” Axselle said.

“These guys changed my life,” Criswell added. “It's just that simple. Everything I remember about teamwork was developed here.”

The team was scheduled to be honored at a game this fall before the season was postponed. They are planning a reunion for when larger gatherings are allowed once again.