Coach Speak: Rhoades and Mooney on trust, relationships, and listening to players 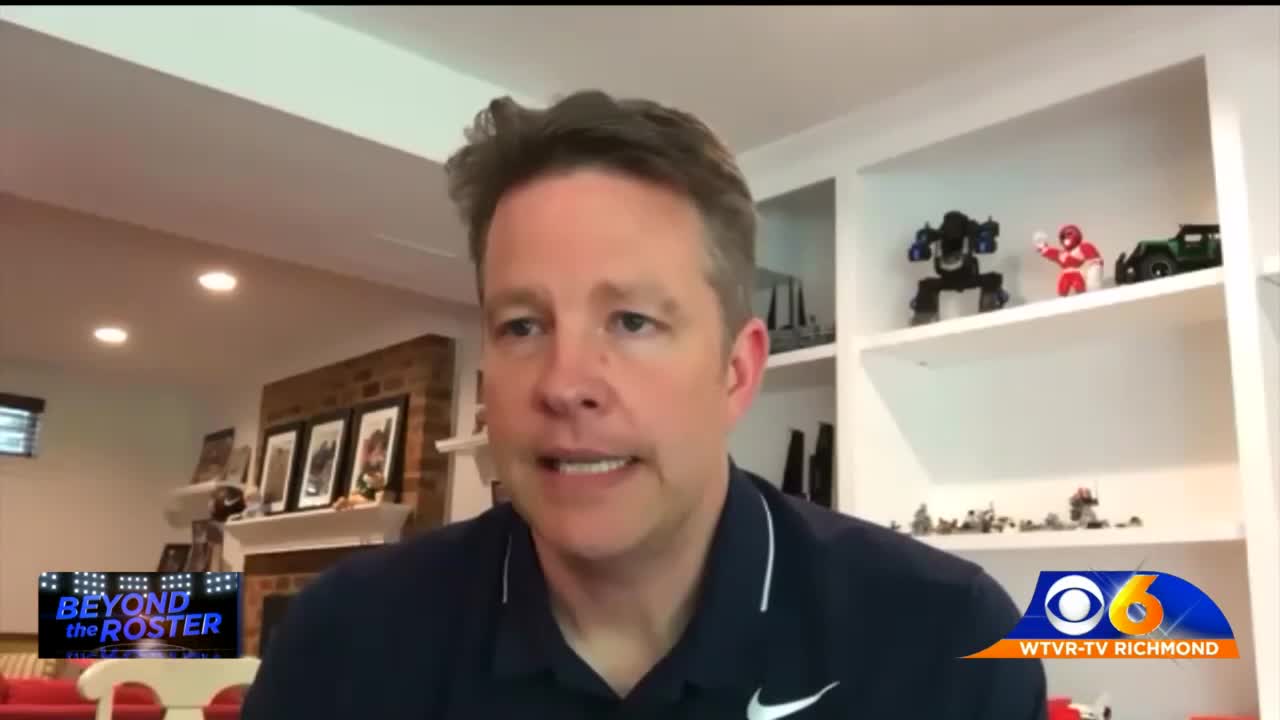 Basketball coaches at VCU and the University of Richmond are speaking out on the need to make changes and listen to the voices of their African American players.

RICHMOND, Va. - Between the two of them, VCU head coach Mike Rhoades and his counterpart at the University of Richmond Chris Mooney, have well over a half-century of playing and coaching experience in basketball. That helps them relate very well to their players on the court.

But being two white men from Pennsylvania does not always help them relate to their players off the court, especially their African-American players.

Both men sat down with CBS 6 Sports to talk about how they and their players are reaching out to each other during this time of social justice protesting. Almost all of their players, except for the Richmond natives, were sent home in mid-March due to the Coronavirus restrictions.

None of their players have any reservations about returning to campus when they are open.

How often do you talk with your players?

I've talked with a lot of our players both through phone calls and texts. Number one, I want to make sure they are safe and handling all this correctly. Their safety and health are most important to me.

We got on a Zoom call this past weekend as a team and I explained to them about all this and the most important thing I wanted our guys to know is that I'm listening. They haven't been heard enough. I'm here for them.

As a team, we meet once a week on a Zoom call, and then individually, myself and the assistants, have the normal communication we have all the time which is pretty constant.

What are the biggest concerns your players are sharing with you?

Just being heard. Everyone has thoughts, but will it be followed through? I think with the tone of our country right now, and the rage, we're over the edge with this.

We have to have changes.

Our guys want to know, 'Will there be changes, Coach?’

I believe there will. I told our guys first, we need to be educated. Understand civil rights. Understand equal rights and what inequality is all about.

The next thing is to apply pressure to our leaders to make changes. And if they're not going to make changes to help everybody move forward, then we have to find leaders that will do that.

There's nothing wrong with that, that's very healthy in our society. Our country is torn apart right now because of stuff that's been going on for hundreds of years and it's time to get through this.

Mooney
Having seen a few of these responses over the years, this one feels deeper and I think the guys have felt it deeper. We have a group of guys who are bright and engaged and I think their fears are about hope. I think that's the scariest part of it for me as their coach is their hopefulness for the future.

Your job as a coach is to teach and to lead. How much of it lately has been to just listen?

We all know that's the truth. We can't do that anymore.

Mooney
A huge part of it is about listening. Our African-American players have had a different experience than I have in their lives. It's important for me to understand all of our players and the different experiences that have led them up to this point.

We've done a lot of listening as a coaching staff.

We hope that we're always doing that but this instance is one in which we have to make sure we really are listening and empathizing and trying to provide as much guidance as we can.

While encouraging your players to express themselves, do you have to caution them to be careful in the way they do that?

I want them to do that. I'm all about it. Do it the right way. Do it in a way that is going to impact other people. I want our guys to confidently speak up for something they believe in. Even if it's as simple as coming into the coaching offices and talking about something they don't understand or something they see differently.

We promote that all the time.

If they want to protest, they have every right to do that. What I ask them to do is not to break any laws. Make sure they are safe.

You can represent yourself in a protest that impacts people and puts pressure on leaders without breaking the law, or getting hurt, or getting in trouble.

Mooney
When they are asked about protesting peacefully, their answer, and maybe everyone's answer is 'why?'

Because of a lack of hope and because that's been asked before and they don't see the progress. That's the most difficult thing we've heard.

When you haven't seen progress, that's an empty feeling.

Some of our black players feel they have to be perfect because of what might be held against them. Whether it's the way they talk or express themselves.

That's not a feeling anyone should have to feel or deal with. We should all be striving to be our best selves while understanding we're going to have shortcomings.

As white coaches, you need to build trust with players before they ever come to campus. How important is that trust in this climate?

Rhoades
Everywhere I've been, our program has been based on trust. Trust each other as a team trying to get to a common goal. Trust from coaches to players and players to coaches. Trust takes time, it can't happen overnight. Trust occurs because of actions that you show people around you. I want my relationships with my players to go beyond basketball.

With a social issue like this and the inequalities we see against black people, as a white head coach, I've gotta step up. I've always felt that I've looked after and protected our guys but I have to do more.

I have to impact more people to seek changes. I can do that by continuing to love my players and mentor them, and build that trust even more and show them that I'm with them. I'm not in their shoes, but I can walk in their shoes to help them.

Mooney
You build trust with all of your players. That responsibility is on the coach, first and foremost because he's the adult in the situation.

He has more control over the given situation than the player does. The best way to build trust is to develop a relationship, to listen as best as you can, and to understand that everybody has these different backgrounds and life experiences.

It's not always because of race, but it often is.