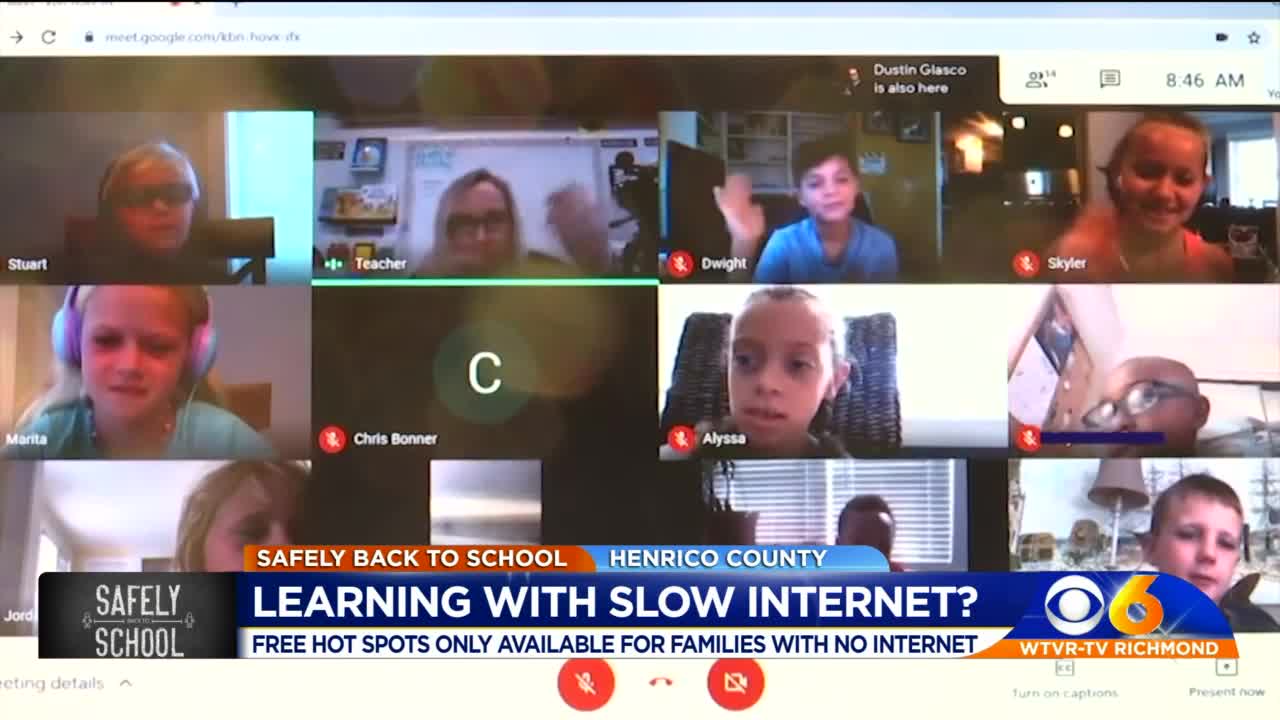 Some students across Central Virginia are finding challenges logging online for virtual learning when there’s not enough bandwidth for each family member. 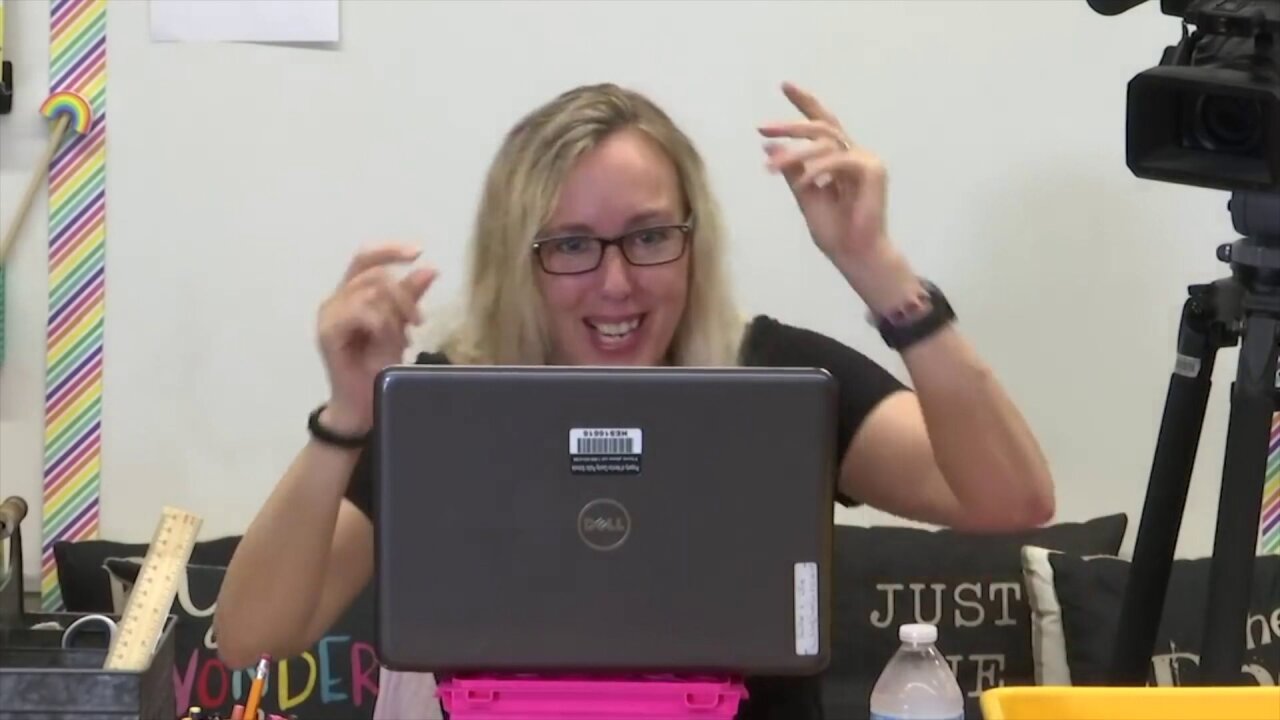 HENRICO COUNTY, Va. -- Some students across Central Virginia are finding challenges logging online for virtual learning when there’s not enough bandwidth for each family member.

Tara Courtland has a rising 5th grader at Jackson Davis Elementary and a rising 6th grader at Quioccasin Middle who will be learning remotely in September.

“When the kids starting doing virtual school in the Spring we discovered we have to set a calendar whose time it is to have the internet,” she recalled. “We advocated hard for the school system to go online only because health and safety is the most important part, but it’s got challenges.”

Both Courtland and her spouse work remotely since the pandemic started. Their internet lags when everyone attempts to access Zoom or other programs for presentations.

Courtland said she drove to her child’s laptop pickup early to discover there weren’t enough hot spots to go around.

“I asked for a hotspot and they said they’re only for people with zero internet. [They asked,] Do you have any internet? And I said, ‘Yes, we just don’t have enough internet even for two kids to be in school at the time much less the parents,’” she explained.

Andy Jenks, a school spokesman, said their initial goal was to give access to families who don’t have any internet access.

“At least for us first is to provide access where no access exists and once we cross that bridge we will work with families whose internet is not strong enough,” Jenks stated.

The school system has ordered about 600 additional mobile hotspots that they will distribute on a case by case basis. The county is also ensuring every student has their own device such as a laptop, Chromebook or iPad.

“We are working with internet providers to see what can be done for families who are pulling from their internet more than they’ve done before,” Jenks explained.

On Wednesday, HCPS released a video previewing what a virtual school day would look like for an elementary age student. The video showed a teacher greeting students on laptops via Zoom and a young child learning the days of the week on a tablet.

However, some parents said that can’t be a reality if the internet fails.

"We both got online and practiced virtual classrooms and our internet was sluggish at best with just talking. Videos were stopping every five seconds," a teacher on Facebook wrote.

One Henrico parent commented, “I also wondered what would happen when internet and/or power is out in an area for who knows what. My neighborhood just randomly loses power, and I know I’m not alone there.”

Courtland suggested allowing students to turn their cameras off during class to save bandwidth and expanding opportunities to learn without robust internet access.

“It would be nice if they allowed for more asynchronous options where you can say, 'My child can’t be in your 11 o’clock class, but we will pull the video later in the day,’” she said. “I don’t want to take it away from someone who doesn’t have any internet, but is there going to be a work around for everyone else?”

Courtland said she has applauded the leadership at Henrico Schools, but hopeful there will be a fix.

The first day of classes in Henrico is September 8.