How Chesterfield plans to spend $50 million in COVID funds 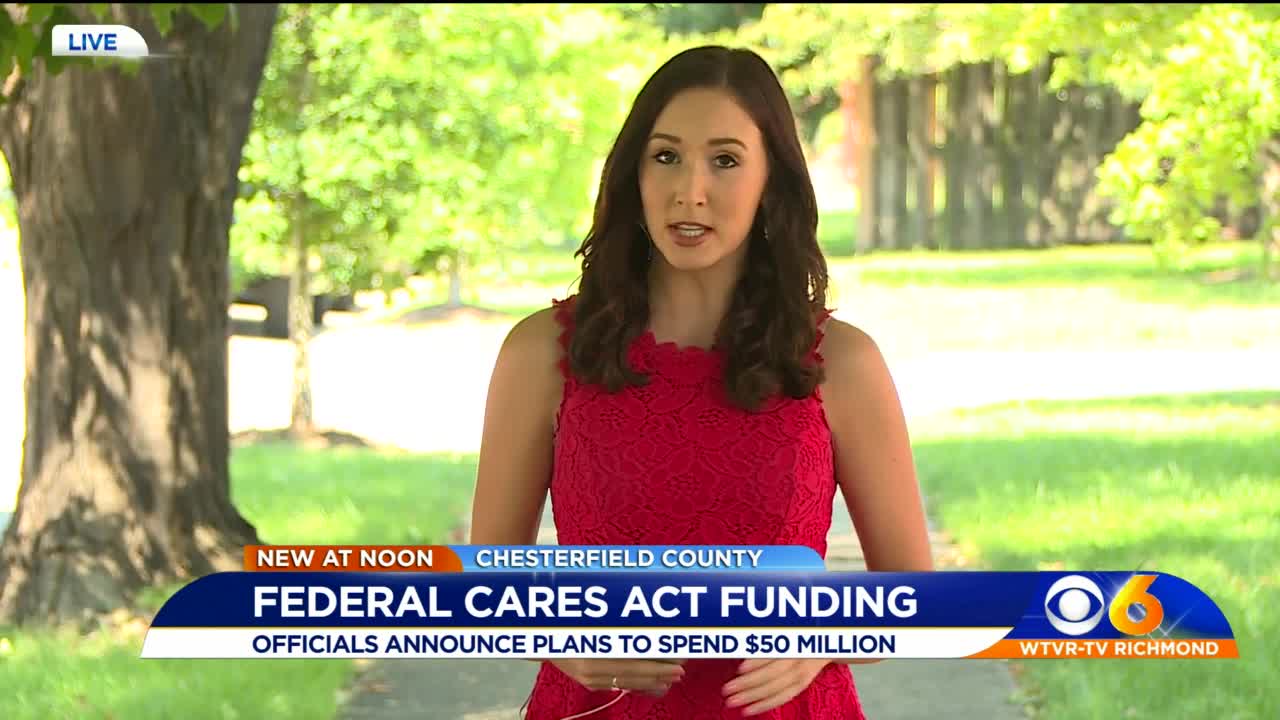 Chesterfield plans to spend a majority of its CARES Act funding on schools and education.l

The original nearly $62 million in funds was set to assist Chesterfield with COVID-related expenses.

Chesterfield Deputy County Administrator of Finance Matt Harris, said about $10 million had already been spent on a business grant and COVID-19 related costs incurred by Chesterfield in the previous fiscal year.

Harris said the largest single allocation of the remaining $51 million, would be $28.1 million for the school division. That money would support distance learning and safe returns to school. That would include money for Chromebooks, PPE, and HVAC improvements in school buildings among other things.

The other five categories included funds for virus mitigation like physical modifications to county facilities to make them safer, as well as $8.2 million to supporting teleworking, and an additional $3.4 million in business assistance funds

More money would be allocated for community assistance, like Wi-Fi enhancements at parks and libraries, and half a million dollars to support the Chesterfield food bank.

Harris said a tight time frame was creating a major hurdle in what the county could and couldn't do with the funds. He said the county had to have all the money spent by December 30.

"That gives you a very compressed window to get all these dollars spent," said Harris. "So we've been in touch with state, federal folks trying to get folks to understand that that is a real constraint to spending these dollars in the most effective way possible. We're going to do our best to get there, but that is absolutely a major hurdle."

Harris also wanted the public to understand that there is a rule book to how the county can and can't spend the CARES fund dollars. He said they are not able to use them as a supplement for regular county services like giving teachers raises. They are to be used to help with COVID-related expenses.

A vote on the plan was expected to be made in a board of supervisors meeting Wednesday afternoon.