RICHMOND, Va. — When Michael and Maria Oseguera came to Richmond eight years ago, their goal was to bring a different kind of authentic Mexican restaurant to the city.

“I would say here at Maya’s we serve much more of an upscale Mexican menu,” said Michael. “For most restaurants it’s all about hospitality, but it’s how we present the food that makes us different from everybody else.”

The name of the restaurant was inspired by the Mayan civilization that resided between Mexico and Central America.

Michael and Maria were both born in Latin America and gained interest in entrepreneurship after moving to New York City early in their childhood. Michael, who was born in Honduras, set a goal to open a his own place while waiting tables at other peoples’ restaurants. Maria was born in Columbia and developed a passion for the food industry at a young age working in restaurants around New York.

Maya’s is a family business that has become generational.

The oldest of three children, Michael Osegeura Jr. has assisted his parents in the business for several years. In addition to hosting and serving tables, Michael Jr., who recently graduated from Christopher Newport University with a degree in business management, checks inventory and quality of service.

Michael Jr. said being more involved with the family business is something he has considered continuing.

“It’s definitely exciting,” Michael Jr. said. “I feel like it’s one of those things that keeps the day to day interesting because you’re constantly meeting new people, you’re giving people nice experiences, and it’s rewarding to see how giving someone a nice experience can make their day.” 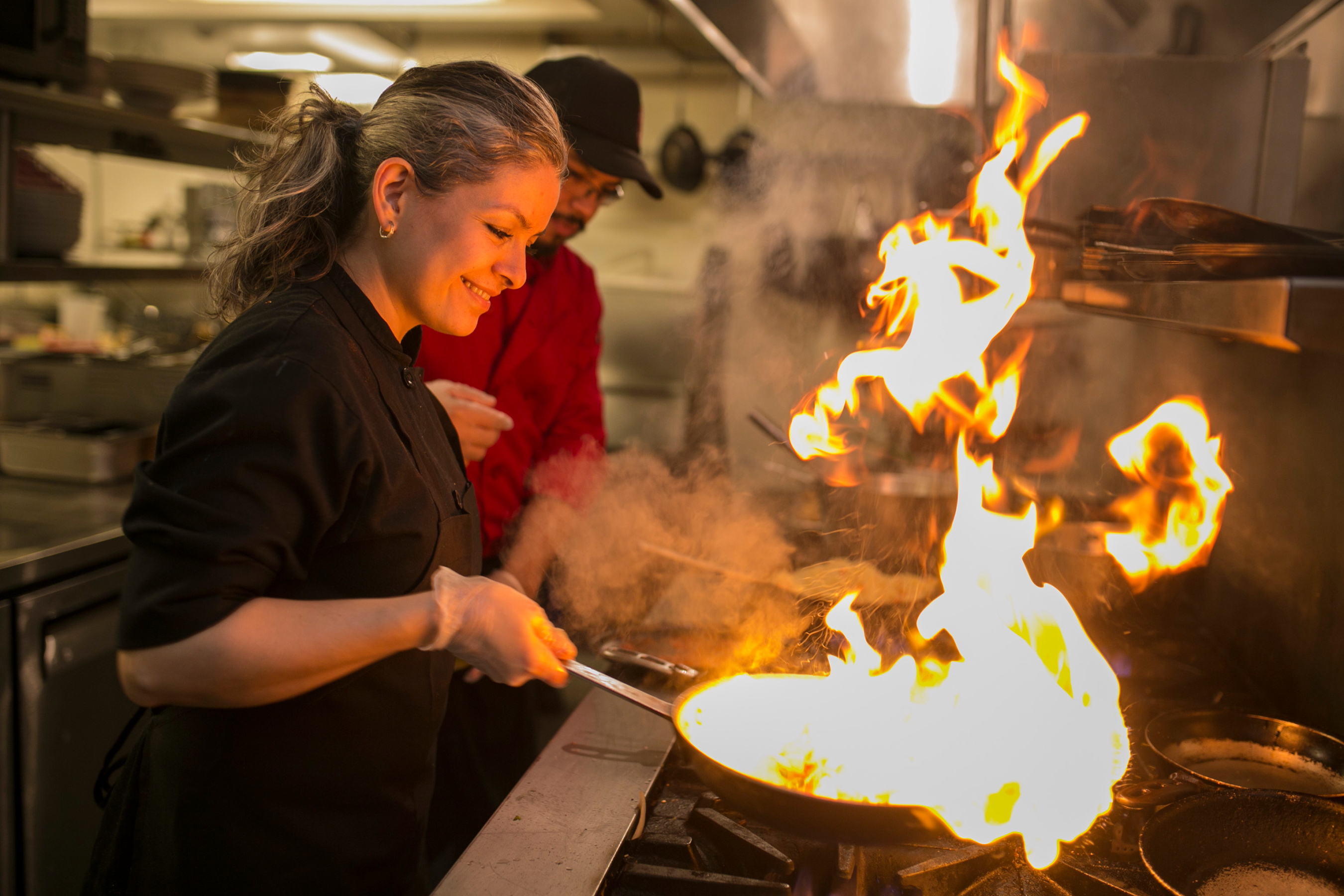 He also said working with his family and helping build the family business has been a rewarding experience.

“[My parents] inspire me,” said Michael Jr. “They show me that with hard work you can make something successful and I feel like that is very inspirational.”

The city of Richmond can expect more quality food service from the Ogeura family soon.

The Pink Flamingo, a coastal taco bar with a beach theme, is in the middle of construction and will be located a block away from Maya on 400 block of Grace Street. The new restaurant will include a ceviche bar and will serve street food, as well as finger food.

“[Pink Flamingo] is going to be more of a bar scene that we want to be more fun,” said Michael Jr. “I would like to have DJs every now and then because I feel that would keep things interesting.”

Once the Pink Flamingo opens, Michael said that the focus of Maya will center around Maria’s cooking and personality. They are considering changing the name to Maria’s Kitchen.

By Adrian Teran-Tapia and Zach Armstrong (Special to WTVR.com)