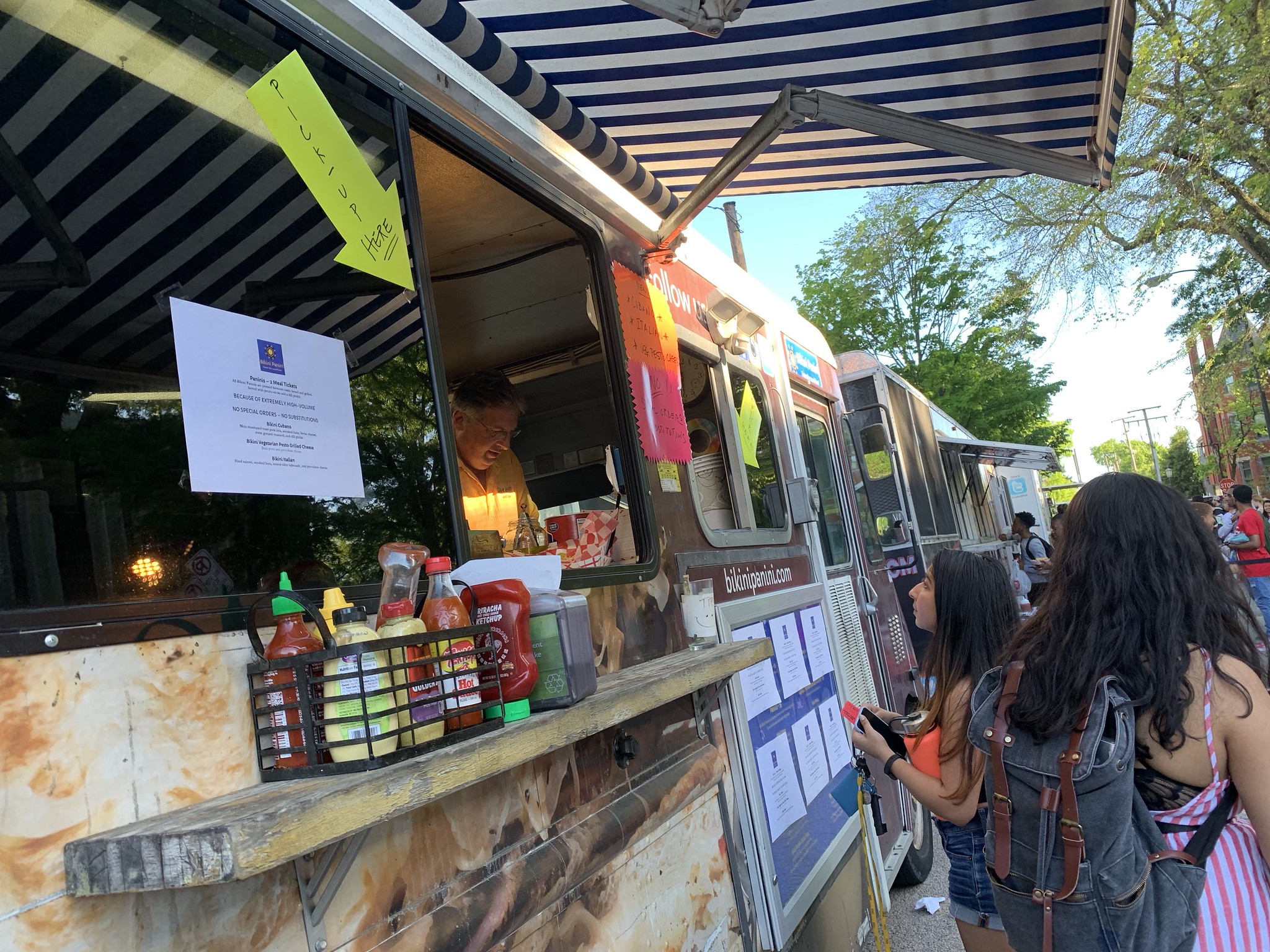 Food trucks and students flocked to the Monroe Park Campus starting at 4 p.m., with long lines lasting until the festival ended at 9 p.m. Seven food trucks were stationed next to the Cathedral of the Sacred Heart, opening up the rest of the area for students to enjoy the clear, warm evening.

Whether students wanted to eat ribs from Firehouse BBQ, gyros from OPA or seafood from Curbside Creations or cool off in the heat with shaved ice from Kona Ice, these newcomers to the party added to the diverse lineup.

Organized by VCU Dining Services, the festival was a swipe-only event, meaning only students with a dining plans could gain entry and exchange swipes for meals.

“I think it’s cool that VCU brought this back this year because you get a little tired of eating the same old at Shafer [court],” Rubio said. “There’s so many good restaurants in Richmond that I haven’t tried yet, and it’s awesome that VCU is bringing that to their students.”

VCU Dining Services will host Rib Night on Thursday at the Larrick Student Center on the MCV campus and Midnight Breakfast on Tuesday, April 30, at Shafer Court Dining Center.

Listen to Chris Staples on this episode of Eat It, Virginia!


Subscribe to the Eat It, Virginia! podcast. If you like what you hear, kindly leave a review. Email feedback and questions to the show at EatItVirginia@gmail.com.