Why these poll workers are critical this election 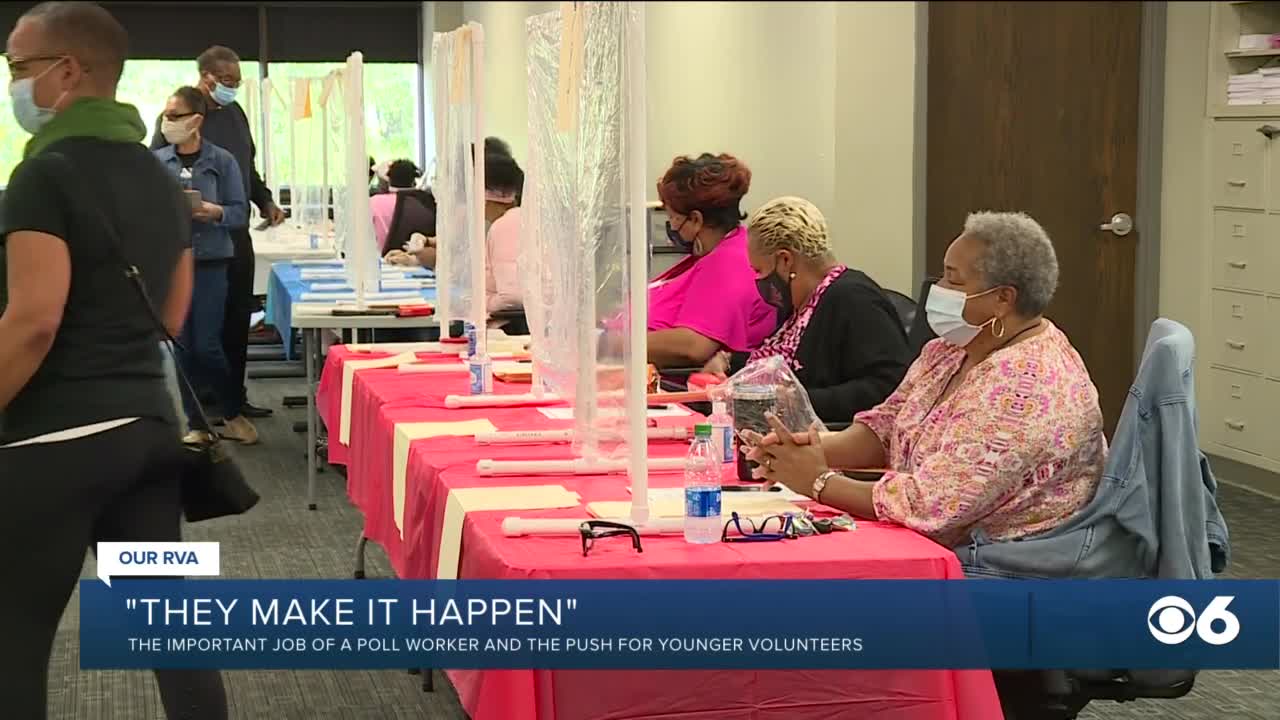 From greeting voters to checking them in, to ballot office distributors, to voting machine officers, poll workers are essential for a free and fair election. The City of Richmond Office of the General Registrar has held early voting since September 18.

RICHMOND, Va. -- From greeting voters to checking them in, to ballot office distributors, to voting machine officers, poll workers are essential for a free and fair election.

The City of Richmond Office of the General Registrar has held early voting since September 18.

According to Registrar Kirk Showalter, more than 24,000 people have exercised their right to vote in person heading into the final week before Election Day.

“Poll workers are always incredibly important! They are the fundamentals. They make it happen for everybody!” Showalter said. “Our very intrepid election officers have stepped up to the plate and are serving. I’m humbly gratified at their service to the city."

The pandemic has proved how much more poll workers of all types and generations are needed.

“The elderly population, which is what much of what our poll workers are, tend to be a little bit more vulnerable, so we were hoping to get lots more younger people and we did,” she said.

Showalter added the city needed about 1,000 poll workers and they reached their goal, plus reserves, by the beginning of October.

The efforts to attract a new pool of volunteers were a collaboration between local and national organizations like Work Elections.

Ryan Pierannunzi is a project manager for Work Elections at the Fair Elections Center in Washington D.C.

“We’ve been in constant contact with election officials to make sure this project is helpful for them because this year especially they have a lot on their plate and we always wanted to approach as a way to help ease the burden of finding folks to help make sure the election goes smoothly,” Pierannunzi said.

Becoming a poll worker requires a six-hour training class in Richmond, and the interest has been so high that they are no longer accepting applications for this election cycle according to Showalter. But she also hoped the enthusiasm to become a poll worker will continue into 2021.

“We would love to have them because it will be just as exciting. We have a gubernatorial election next year. So, there will be a lot at stake next year too!” Showalter said.