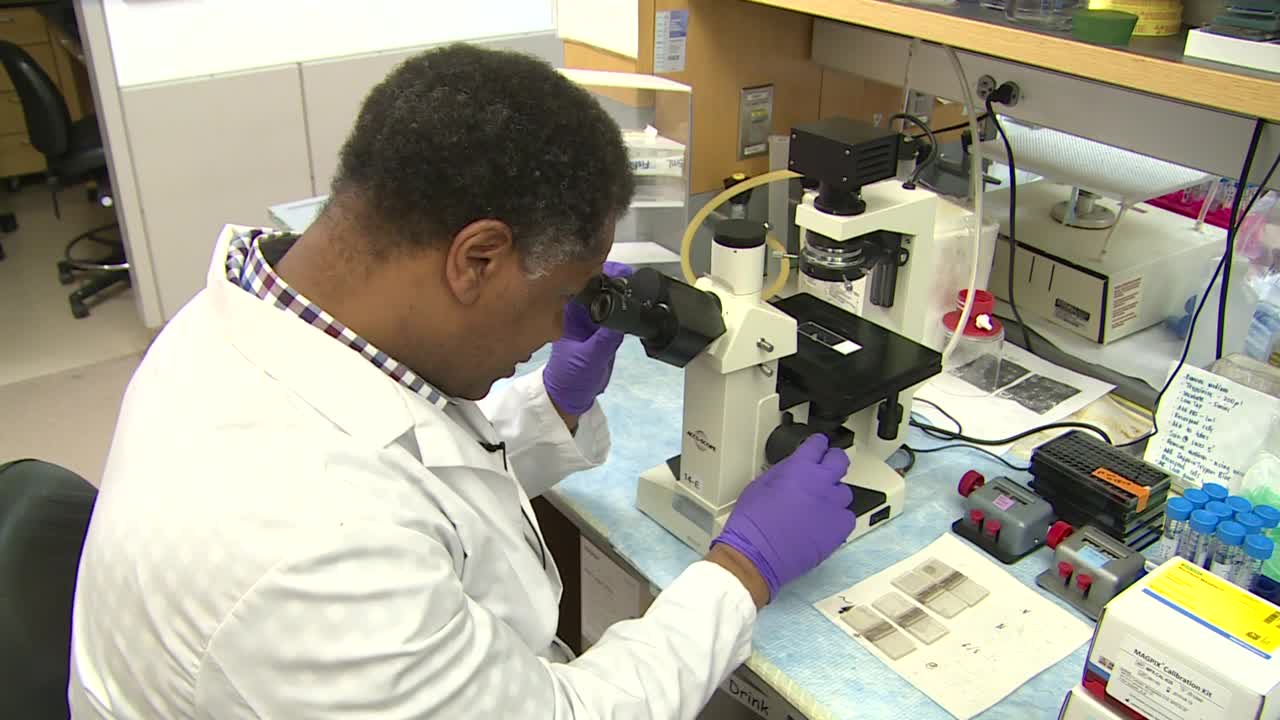 Dr. Robert Winn is a pulmonologist, which is a physician specializing in the respiratory system, who loves science and loves research.

RICHMOND, Va. -- Of the more than 1,500 cancer centers in the country, only a select few are considered by the National Cancer Institute as designated centers to lead research and training.

VCU Massey Cancer Center is in that upper echelon.

Now they have a new director who wants to take Massey even higher.

Dr. Robert Winn is a pulmonologist, which is a physician specializing in the respiratory system, who loves science and loves research.

He has a focus on lung cancer and was in high demand while working at the University of Illinois Cancer Center.

His services were sought by several cancer centers throughout the country, but back in December 2019, he chose VCU Massey Cancer Center to be their new director.

"They had the science talent, the clinicians who are wonderful, the infrastructure and more importantly, they really wanted me to actually have a big impact with the people in the community. I couldn't say no to a leadership team like that," Dr. Winn said.

He also could not say no to his grandmother, Hannah Darden.

Darden was born and raised in Essex County. She was instrumental in Winn's move to Central Virginia.

"I think she was more than happy that Richmond and that Virginia had decided to pick her grandson in a place that she was born that she was well familiar with its history," Winn said.

Now Ms. Darden can proudly boast that her grandson made history with his move.

There are 71 cancer centers in the United States considered to be among the top four percent in research efforts.

As director, Winn is responsible of a staff that consists of over 200 researchers and physicians as well as a laboratory at VCU.

The hours can be long at the office, but he also finds himself spending a fair amount of time in the community.

"I think that it's important to do that as I bring that information back to my scientist and to my doctors there's a real sense that we are touching the community, and the community has a voice back here at this cancer center,” he said.

Winn also said it helped his staff better identify the communities that need to be addressed.

"That I believe will actually be really be a game changer in the way we actually do preventive care and getting people from our community to participate in actually improving their own health,” he said.

He wants to elevate its status to the top one percent in facilities in the country in the next two years.

He said it would be difficult, but definitely possible.

"I guarantee you the following," Winn said. "There will be a miracle drug that will be discovered from VCU Massey that will not only benefit folks in Richmond and throughout Virginia, but even outside our borders."