RICHMOND, Va. — Striking a tone of bipartisanship and optimism, Virginia’s new Republican governor, Glenn Youngkin, pledged to “restore trust in government and to restore power to the people” as he was sworn in to office Saturday in Richmond.

“Today we stand together on behalf of Virginians who’ve never lost faith, even when they suffered loss. Of Virginians who have not stopped dreaming of a better life, even in the midst of trials and tribulation," he said in front of the historic state Capitol to thousands of enthusiastic spectators. “My fellow Virginians, the spirit of Virginia is alive and well. And together we will strengthen it.”

“No matter who you voted for, I pledge to be your advocate, your voice, your governor,” he said,

Youngkin spoke of the hardships caused by COVID-19 over the last two years and pledged to lead the state as the virus continues to rage.

"We stand here on Jan, 15, 2022, filled with hope and optimism for the years ahead. This hope and optimism springs from a shared vision of the future, and also from knowing what we have been through," he said. “We are acutely aware of the struggles Virginians have endured over the last two years, struggles that we continue to face.”

Youngkin also sounded his campaign themes, pledging to cut taxes, “remove politics from the classroom,” raise teacher and law enforcement pay, and boost the economy. He also pledged to keep children in schools, even as the Omicron variant of COVID-19 is surging in Virginia and around the country.

“We know that when our children don’t go to school it harms their learning and development. So let me be clear - we must keep our children in school 5 days a week,” he said.

Shortly before the ceremony began, Virginia’s former governors met with Youngkin and outgoing Democratic Gov. Ralph Northam inside the Capitol. Every living governor but Youngkin’s opponent, former Gov. Terry McAuliffe, was in attendance. McAuliffe tweeted that he and his wife were “quarantining due to a close COVID contact in the interest of health and safety.”

Youngkin, a former private equity executive and political newcomer, deliver his remarks after being sworn in as the state's 74th governor.

He defeated McAuliffe last year by mobilizing voters concerned about education and race while making small gains with suburban voters and other key groups to help his party rebound in a state long trending blue. 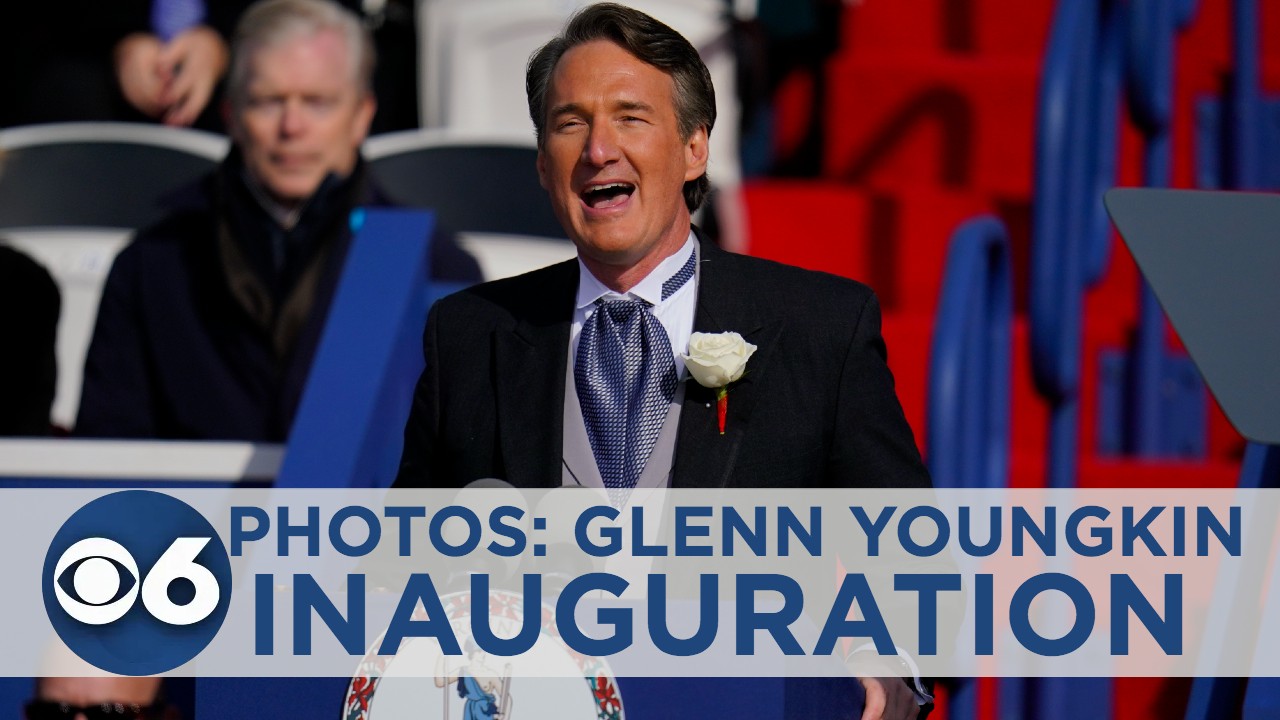 A traditional inaugural parade kicked off after the ceremony. Participants include members of the Virginia National Guard, Virginia university and high school students, NASA representatives and law enforcement officers, according to Youngkin's transition team.

A celebration is planned for Saturday night that will feature a performance by the Zac Brown Band.

The first of Youngkin's inaugural weekend events got underway Friday morning, when the governor-elect participated in a service event with local officials, helping landscape an area along the Richmond Slave Trail, a tribute to the critical role the city played in the domestic slave trade.

On Friday night, members of the General Assembly hosted a welcome reception at a downtown hotel ahead of a $10,000-a-ticket candlelit black tie reception and dinner held at a science museum.

A prayer breakfast was held Saturday morning ahead of the inauguration, and the weekend was scheduled to wrap up Sunday with an open house at the Executive Mansion.

Copyright 2022 The Associated Press. All rights reserved. This material may not be published, broadcast, rewritten or redistributed.