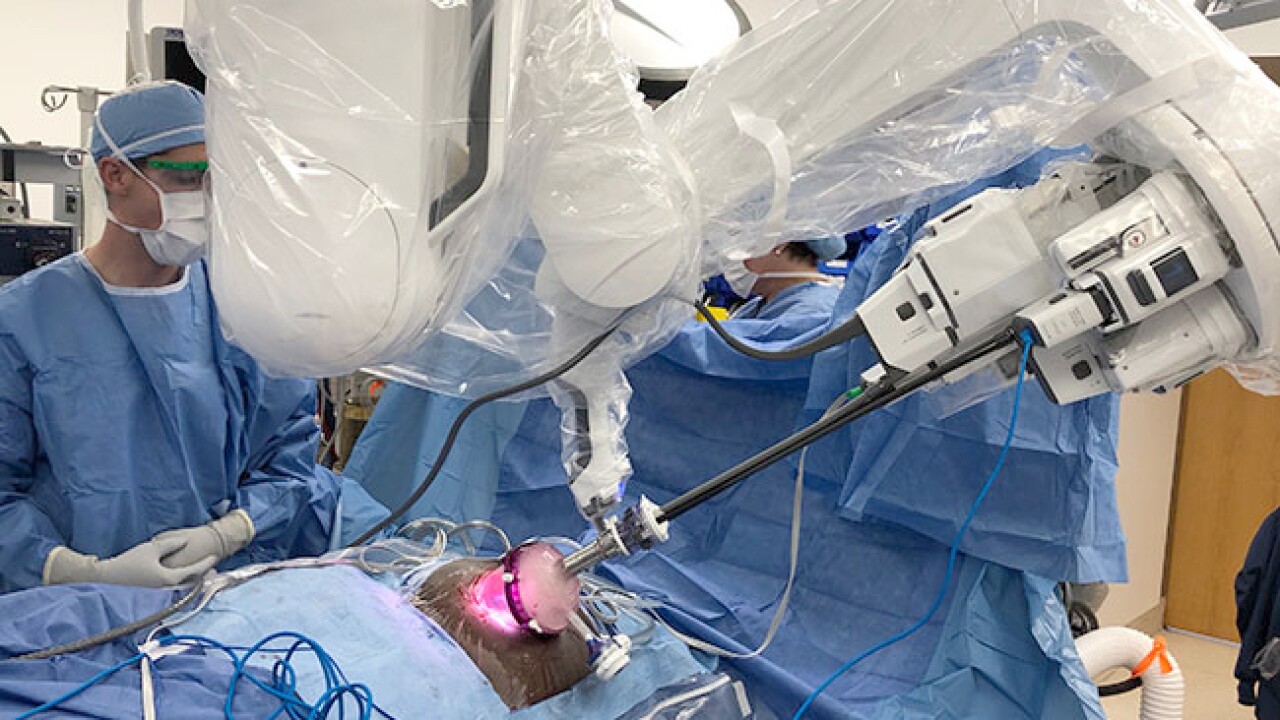 CLEVELAND — Doctors at the Cleveland Clinic have performed the world’s first kidney transplant using a single-port robot, according to a press release from the clinic.

The single-port kidney transplant enables all surgical instruments and the donor kidney to be placed through one small abdominal incision.

Dr. Jihad Kaouk and his team were the first hospital in the country to successfully perform a robotic single-port prostatectomy and kidney cancer surgery in September 2018.

“The aim was not only to make a smaller incision, but also to minimize the area in which the operation was performed by limiting the number of cuts inside the patient,” Kaouk said in a news release. “This resulted in minimal post-operative pain and no opioids needed after surgery.”

Doctors said this new technique provides evidence that a surgery like this is not only feasible for patients with cancer, but also patients who are in need of a kidney transplant.

This robotic single-port technique could be an alternative for patients dealing with obesity or a challenging anatomy, doctors say.

During the operation, doctors created a four-centimeter incision below the patient’s belly button. The surgeon then used the single-port robot to prepare the site for the donor kidney, connect the blood vessels and reconstruct the urinary drainage before suturing the incision.

“The robotic single-port approach is very promising,” Dr. Alvin Wee said. “We are looking forward to continuing to refine this technique and our team is optimistic that this minimally invasive surgery can add to our range of options for kidney transplantation.”

This story was originally published by Kaylyn Hlavaty on WEWS.