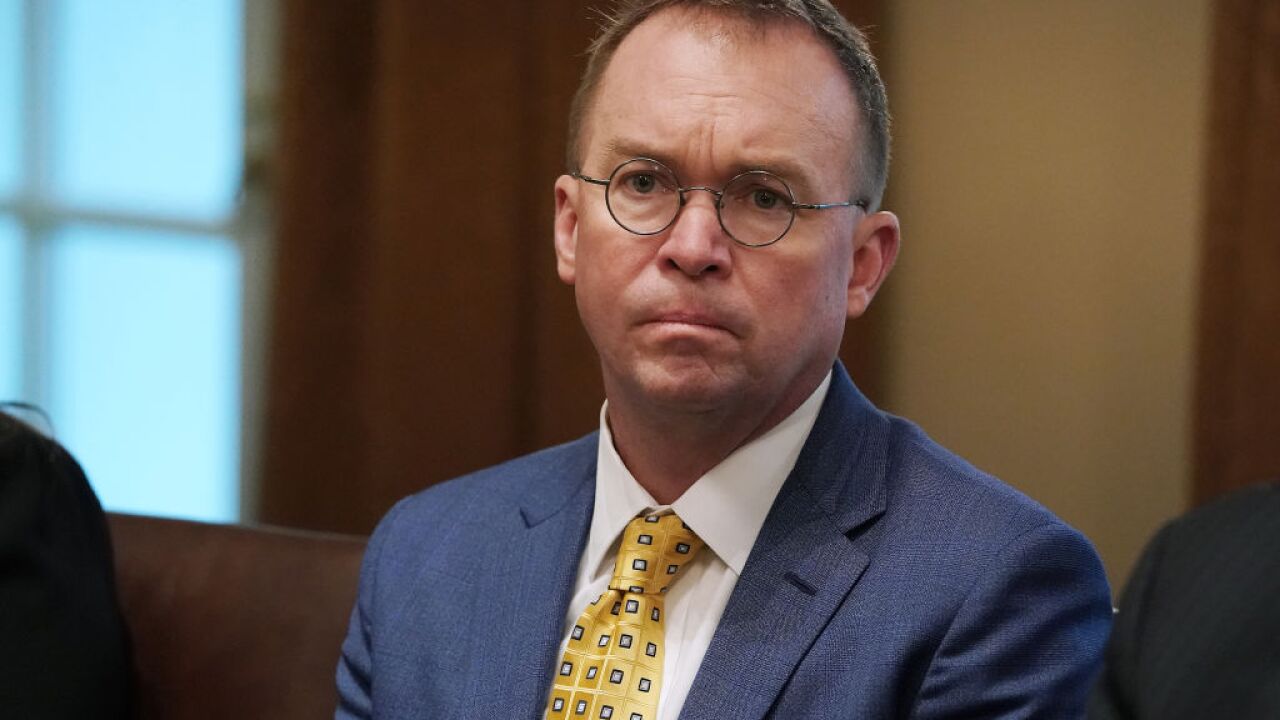 Acting White House chief of staff Mick Mulvaney has been subpoenaed to appear Friday morning before the House Intelligence Committee as part of the impeachment inquiry into President Donald Trump, an official working on the inquiry told CNN.

"Mr. Mulvaney has the opportunity to uphold his oath to the nation and Constitution by testifying tomorrow under oath about matters of keen national importance," the official told CNN. "We hope Mr. Mulvaney does not hide behind the President's ongoing efforts to conceal the truth and obstruct our investigation."

A White House official told CNN on Thursday that Mulvaney is not expected to appear despite the subpoena, noting that the subpoena was expected and doesn't change the White House's view on the matter.

The subpoena comes following House investigators' request on Tuesday that Mulvaney testify on Capitol Hill at the end of the week, ratcheting up their investigation to target the President's top aide. The House Intelligence, Foreign Affairs and Oversight committees sent Mulvaney a letter requesting he appear for a closed-door deposition as part of the Democrats' impeachment inquiry into Trump and Ukraine.

Mulvaney dramatically confirmed last month that Trump froze nearly $400 million in US security aid to Ukraine partially to pressure the country into investigating Democrats -- and proceeded hours later to deny having said so.

"That's why we held up the money," Mulvaney said after listing the 2016-related investigation and Trump's broader concerns about corruption in Ukraine, later adding, "get over it."

"We do that all the time with foreign policy," Mulvaney said of the influence of politics in the Trump administration.

Mulvaney also insisted that he knew only of a US request to investigate the handling of a Democratic National Committee server hacked in the 2016 election. But text messages between US diplomats show efforts to get Ukraine to commit to an investigation into Burisma, the company on whose board former Vice President Joe Biden's son sat. There is no evidence of wrongdoing in Ukraine by either Biden.

Mulvaney is by no means the first impeachment interviewee to receive such a summons. House Democrats have subpoenaed every White House official who has been called to testify so far -- except for former national security adviser John Bolton, who earlier on Thursday threatened to sue if served such a notice.

Axios first reported the subpoena. CNN has reached out to the White House for comment.

The acting White House chief of staff didn't exactly get a ringing endorsement from Trump on Sunday, who was asked if he still has confidence in Mulvaney.

"Well, he's working," Trump replied. "As long as he's with me, I have confidence."

Mulvaney had drawn criticism from Republicans and Trump's ire after initially admitting to a quid pro quo over Ukraine. But more recently, White House sources have said it is unlikely that Mulvaney is going to be fired.

Democrats have said they have sufficient evidence already to move forward on impeachment, even if senior officials such as Bolton, Energy Secretary Rick Perry and Mulvaney do not testify.

Mulvaney senior adviser and adviser to the President Robert Blair refused to testify on Monday , as did National Security Council lawyers John Eisenberg and Michael Ellis and Brian McCormack, associate director for natural resources, energy and science at the Office of Management and Budget.