FD: 12-year-old boy dies after being struck by a school bus in Arizona 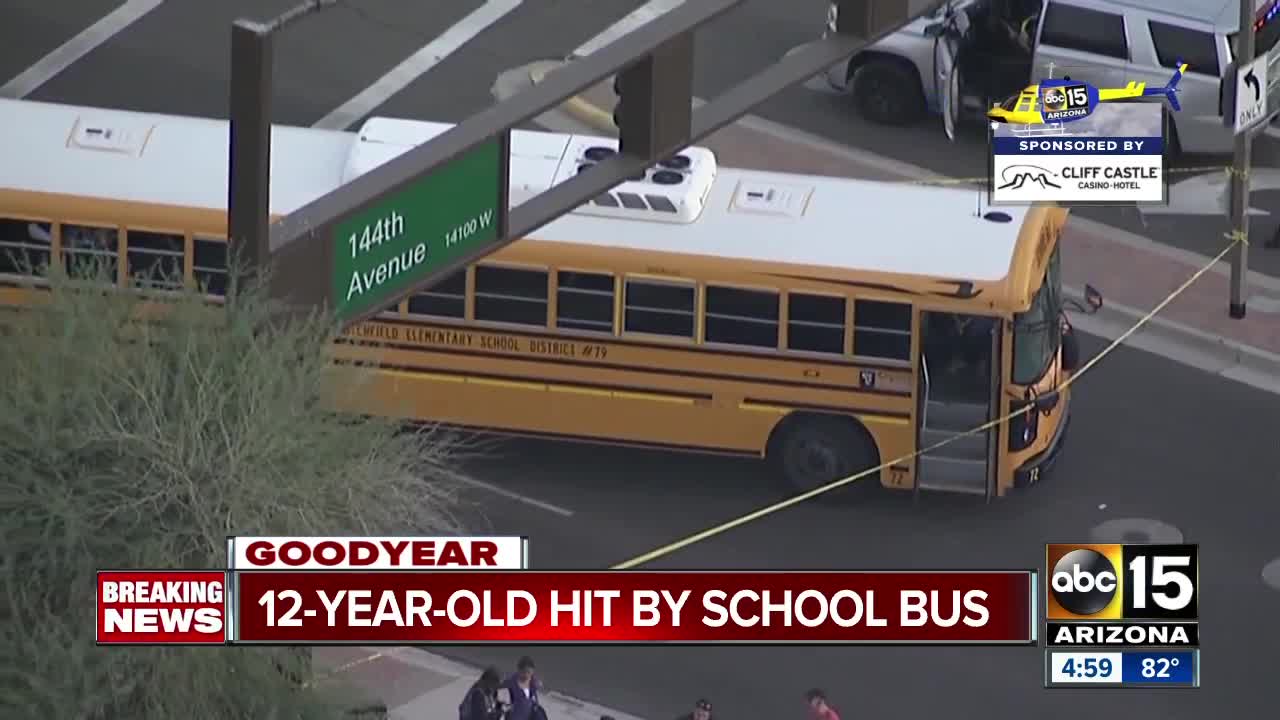 Authorities are investigating after a 12-year-old boy was struck by a school bus in Goodyear on Friday. The child is in critical condition. 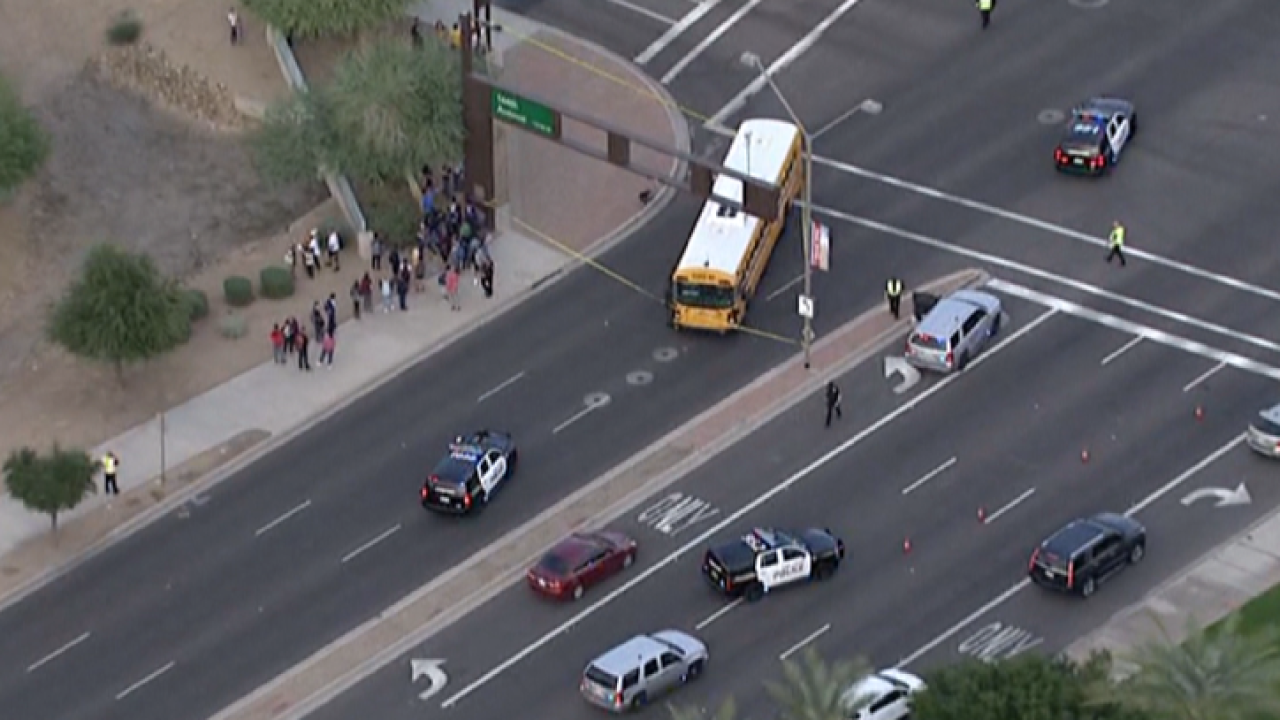 Authorities are investigating after a 12-year-old boy died after being struck by a school bus in Goodyear, Arizona, on Friday.

Police say the boy was rushed to a pediatric trauma hospital in extremely critical condition, but later died from his injuries.

Information about what led up to the crash was not immediately available.

The driver remained at the scene and was cooperating with investigators, police said.

Police say there were students on the bus at the time of the crash. No other injuries are suspected.

Police say the investigation is ongoing.

Stay with ABC15 and abc15.com for updates on this developing story.