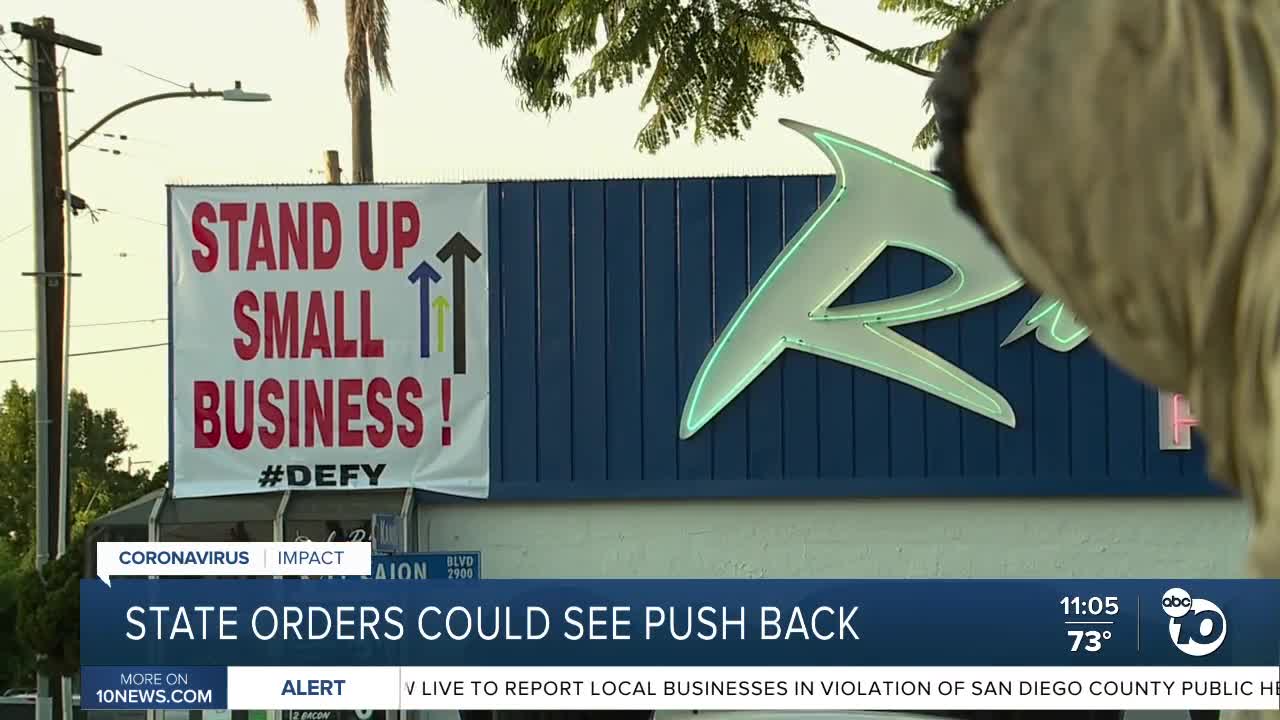 State orders could see push back 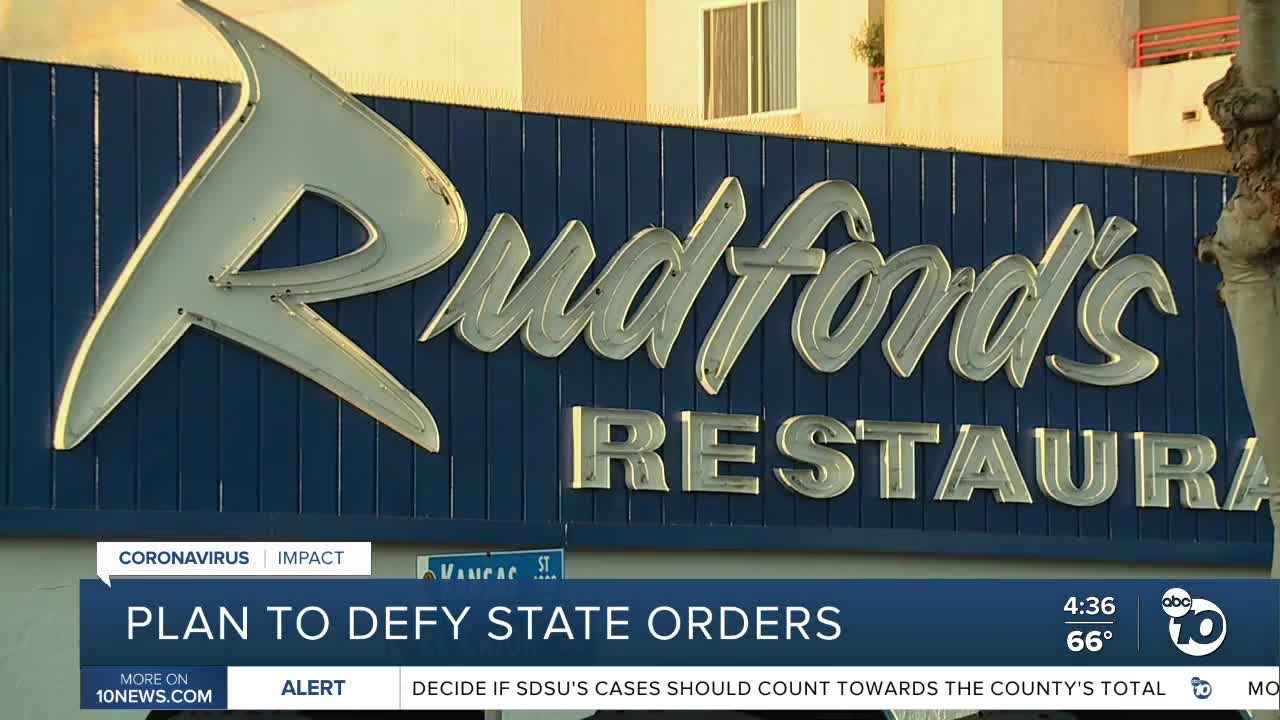 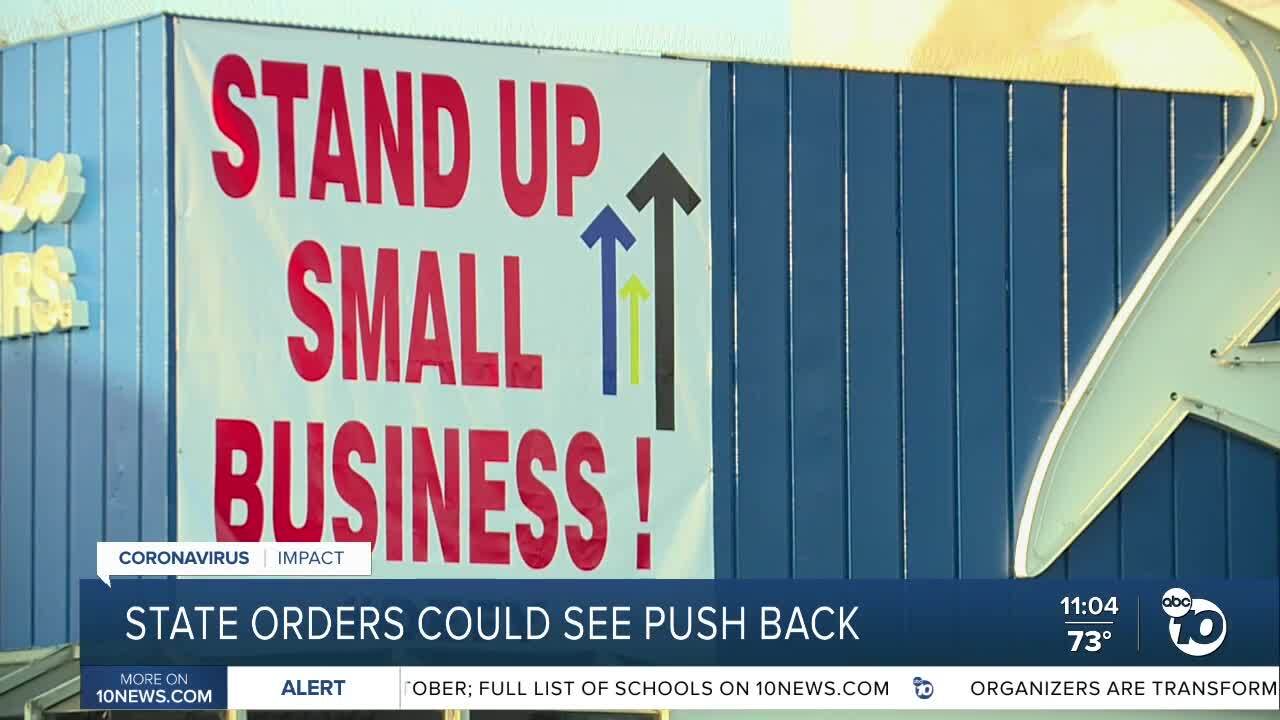 SAN DIEGO (KGTV) - San Diego County is nearing a move into the state's most restrictive tier of COVID-19 regulations.

California launched a tier system in late August to measure COVID-19 risk within a county. San Diego County is now moving into the so-called purple tier, or widespread tier. Moving into that level would trigger stricter regulations, including the indoor closure of several businesses like restaurants and gyms.

Some restaurant owners say if San Diego County moves into that tier and they are ordered to close their indoor dining areas, they will not follow the orders.

"We really want to push against it. There's no other way of making it nowadays," said Nick Kacha, the manager of Rudford's Restaurant in North Park.

On Thursday, they put up a sign outside the restaurant that says, "Stand Up Small Business. #Defy"

Restaurant owner, Todd Brown, says he's still deciding what to do. He owns several restaurants, but the one is focused on is Bub's at the Beach in Pacific Beach. Brown says he is worried if they have to close again, they might close for good.

Both businesses have followed the public health orders since the pandemic started. But for Brown, he says this time he is thinking it through.

This article was written by Anthony Pura for KGTV.