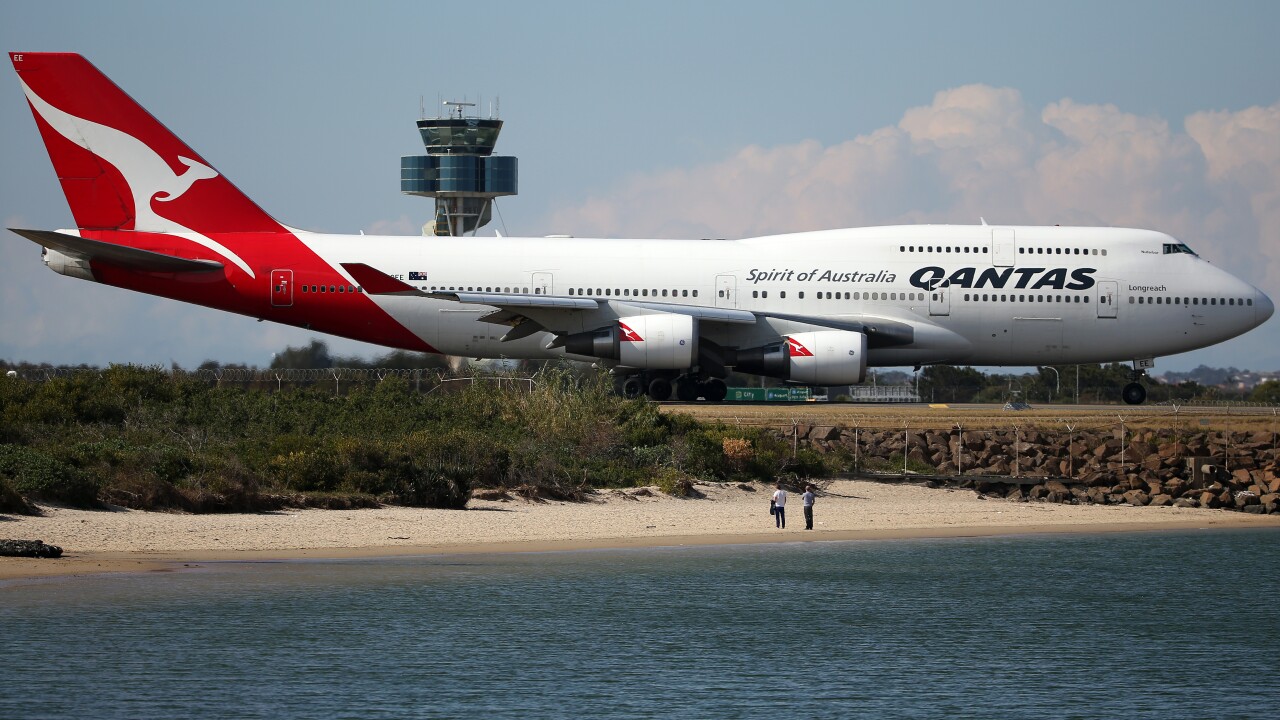 Rick Rycroft/AP
Two people watch from a beach as a Qantas plane taxies on the runway at Sydney Airport in Sydney, Thursday, Aug. 20, 2015. Qantas Airways Ltd. posted a 557 million Australian dollar ($409 million) full-year profit on Thursday in a dramatic turnaround since it recorded a $2.6 billion loss in the previous year. (AP Photo/Rick Rycroft)

It’s not about the destination, it’s the journey. A new flight aboard a commercial airliner is all about the journey for those missing the joys of travel.

Qantas Airlines recently announced a seven-hour scenic flight, and it sold out in about ten minutes. At least 130 people bought tickets to board a plane and fly around Australia for several hours before landing back at the same airport.

"For those who are missing the excitement of travel or are keen to wave to friends and family interstate," Qantas stated in their flight information.

The Dreamliner boasts large passenger windows for sightseeing, and it's usually used for long-haul international flights. Passengers will be treated to a meal designed by top Australian chef Neil Perry, a surprise celebrity MC and inflight entertainment.

Tickets started at about $570 US for economy class and went up to roughly $2,700 US for business class.

No word if Qantas will be offering more scenic flights in the future.