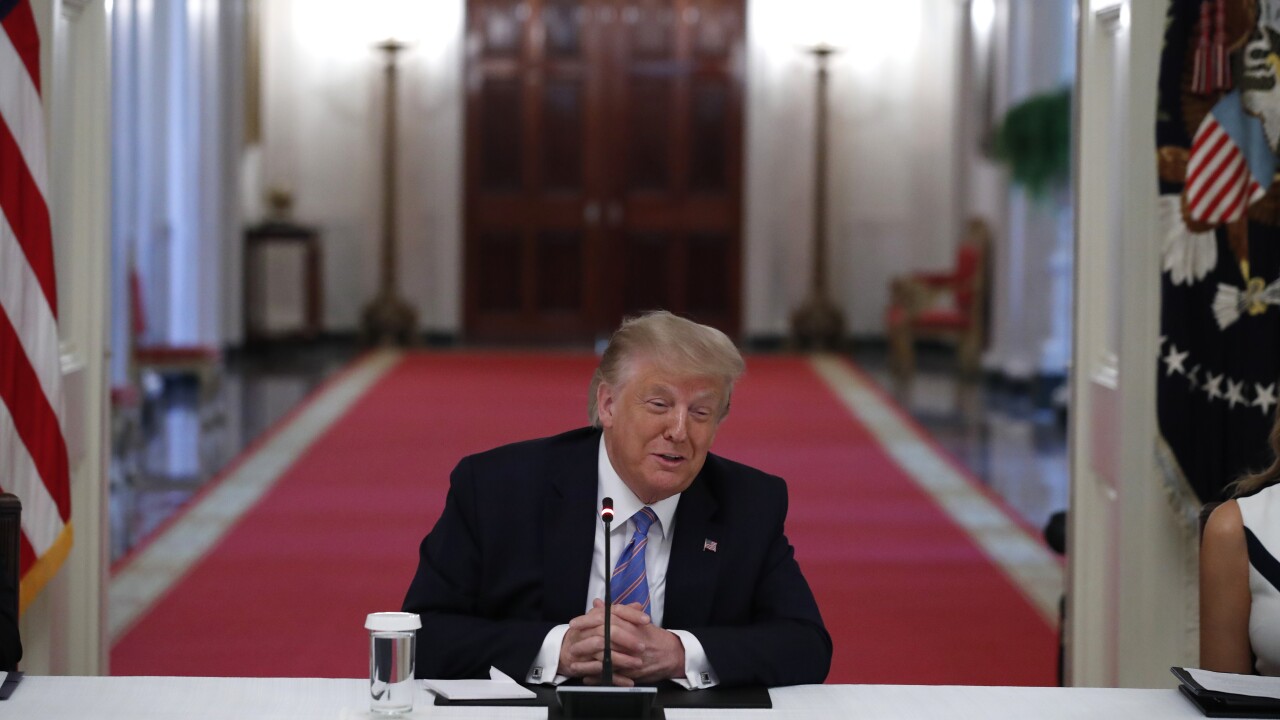 Trump’s declaration comes a day after Florida’s Republican Gov. Ron DeSantis, a staunch ally of the president, said he would mandate schools to reopen in his state this fall.

Trump’s comments on Tuesday came during a roundtable with education and health officials at the White House.

"We hope that most schools are going to be open,” Trump said. “We don't want people to make political statements or do it for political reasons. They think it's going to be good for them politically so they keep the schools closed. No way. So we're very much going to put pressure on governors and everyone else to open the schools, to get them open and it's very important.”

In Florida’s case, an exemption will be made for some students due to the spread of the coronavirus.

"Although it is anticipated that most students will return to full-time brick and mortar schools, some parents will continue their child's education through innovative learning environments, often due to the medical vulnerability of the child or another family member who resides in the same household," the order stated.

In late June, the American Academy of Pediatrics said that schools should plan to fully reopen in the fall, but stated some exceptions should be granted for students who are high risk.

While not saying that schools should require masks to be worn, the AAP recommended that mask-wearing be encouraged at schools, especially in situations where social distancing is not possible.

In May, the CDC issued guidelines for schools to follow during the pandemic.

The guidance calls for schools to monitor community spread of the coronavirus. In areas without community spread, schools are to monitor for absenteeism, continue with intense cleaning protocol, and require sick students and staff to stay home.

In case of confirmed cases at schools in areas without community spread, the CDC recommends that schools assess the risk and prepare to close for 2-5 day periods if need be.

But in areas with significant community spread, schools are encouraged to undergo extensive social distancing measures, including extended closures.