Over 1 million children in U.S. have tested positive for COVID-19 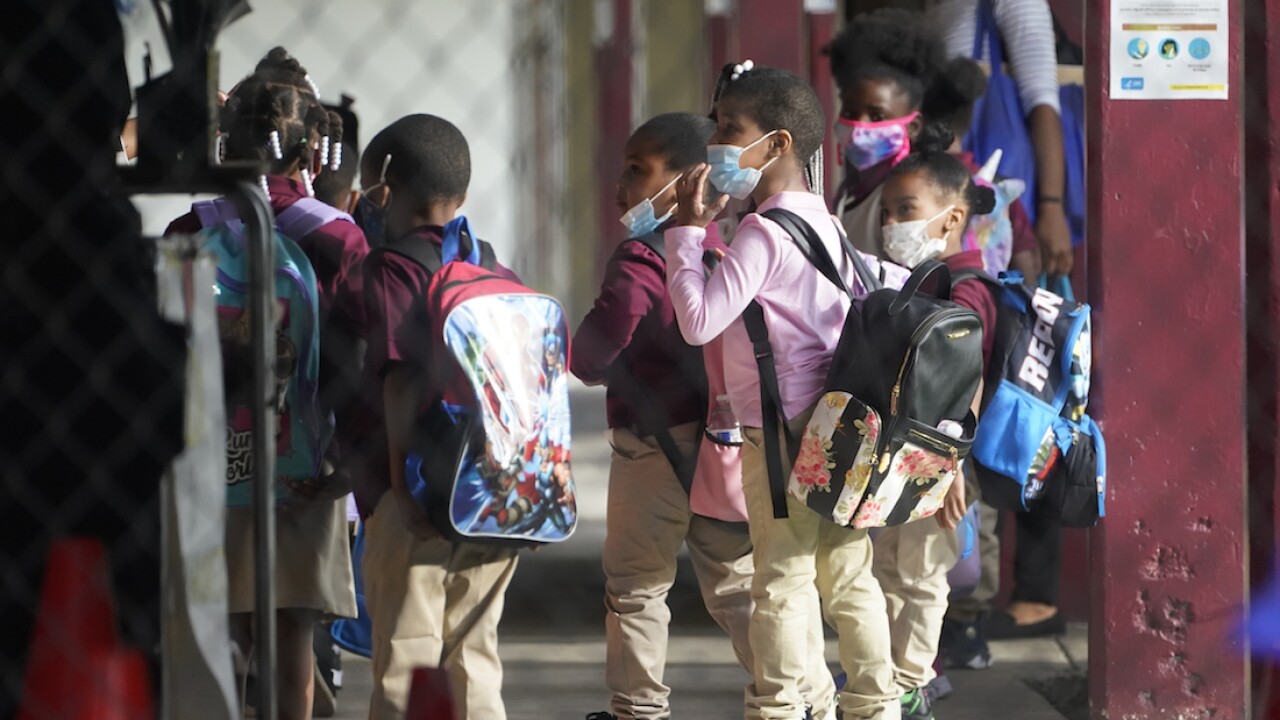 Copyright 2020 The Associated Press. All rights reserved
Wilfredo Lee/AP
FILE - Children wait to enter classrooms, Monday, Oct. 5, 2020, at the Carrie P. Meek/Westview K-8 Center in Miami. On Monday, Nov. 16, 2020, the American Academy of Pediatrics and the Children’s Hospital Association said in a new report Monday that as of Nov. 12, 1,039,464 children had tested positive, which accounts for 11.5% of all cases in states reporting cases by age. (AP Photo/Wilfredo Lee)

Over 1 million children under the age of 19 in the United States have tested positive for COVID-19 since the pandemic began, the American Academy of Pediatrics and the Children’s Hospital Association said in a new report on Monday.

"A smaller subset of states reported on hospitalizations and mortality by age; the available data indicated that COVID-19-associated hospitalization and death is uncommon in children," the report stated.

"As a pediatrician who has practiced medicine for over three decades, I find this number staggering and tragic. We haven’t seen a virus flash through our communities in this way since before we had vaccines for measles and polio," Dr. Goza said. "And while we wait for a vaccine to be tested and licensed to protect children from the virus that causes COVID-19, we must do more now to protect everyone in our communities. This is even more important as we approach winter when people will naturally spend more time indoors where it is easier for the virus to be transmitted.”

According to the data, 32 children have died from COVID in Texas, and 18 have passed away in New York City.