“There is tremendous potential." 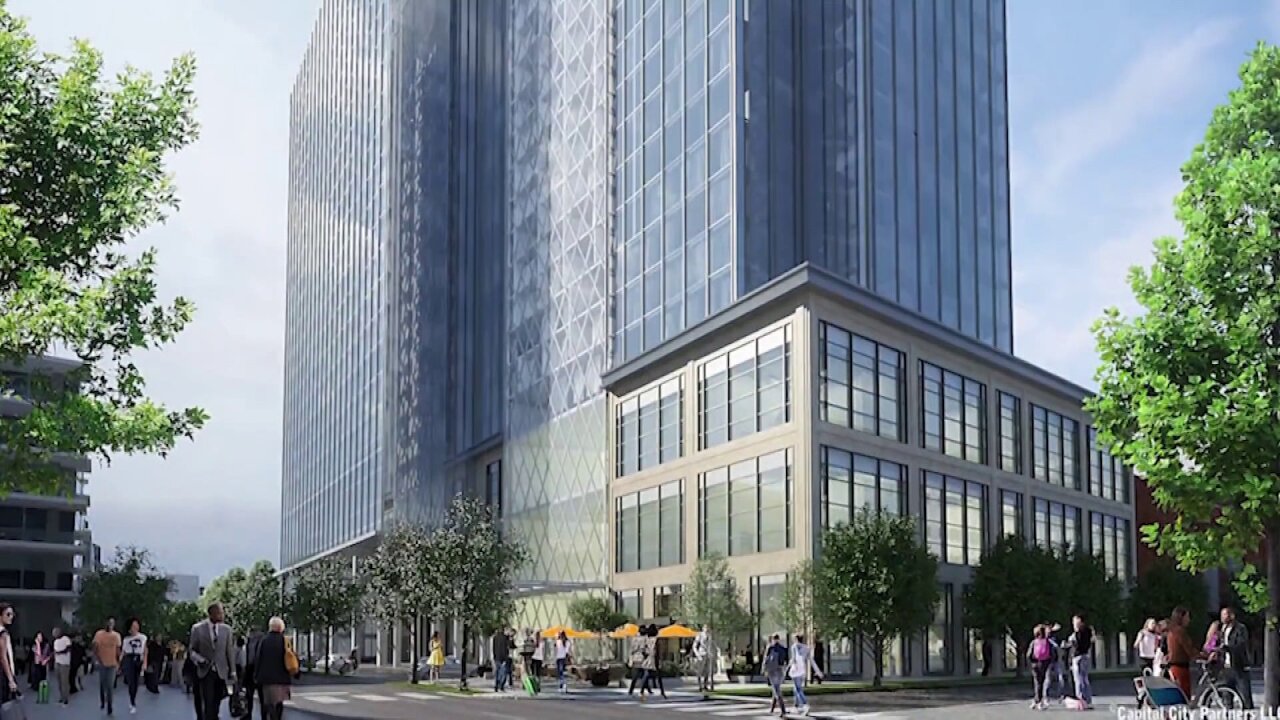 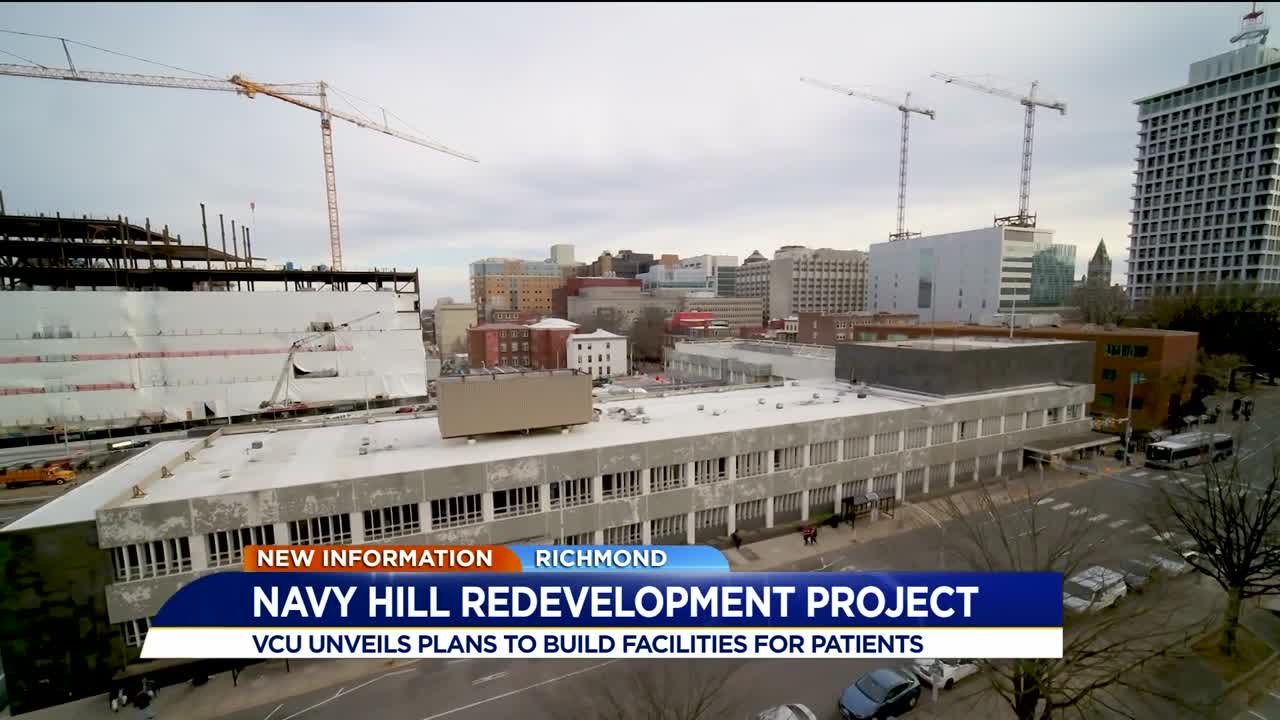 RICHMOND, Va. — The Virginia Commonwealth University Health System (VCUHS) unveiled its plans for a portion of the proposed Navy Hill redevelopment and it would “provide urgently needed facilities and services for patients and their families, employees, students and visitors to downtown Richmond.”

VCUHS said its complex would be situated on “Block D” of the 10-block Navy Hill plan, situated between 9th/10th/Leigh/Clay Streets.

VCHUS said the site would be redeveloped to include “250 physician-faculty office spaces for the adjacent VCU Medical Center adult outpatient pavilion” and replacement facilities for The Doorways and a new Ronald McDonald House for Richmond (both are non-profits the, among other things, provide housing to patients and their families traveling from out of town for medical treatment).

It would also contain child care services, retail (including a pharmacy), dining options, parking spaces, and other “innovative and health care-related spaces."

“There is tremendous potential to develop this section of Richmond into a thriving urban center that will generate much needed tax revenue for the city,” said Michael Rao, president of VCU and VCU Health System. “Over the past few years VCU has invested more than $1 billion to improve one of the mid-Atlantic’s most important academic medical centers with the hope that the neighborhood surrounding it will share in the city’s renaissance.”

CBS 6 asked if the redevelopment of the site was predicated on the Navy Hill plan being approved.

“We do not have a current capability of moving this project forward the full support of city council and the Mayor’s office,” said Hancock.

On Monday, Richmond City Council took a vote that indicated the proposal could be dead as soon as next week.

In an Organizational Development Standing Committee meeting, on which all nine council members sit, they voted 5-4 (with Councilmembers Hilbert, Gray, Larson, Lynch, and Trammell in the majority and Councilmembers Newbille, Addison, Robertson, and Jones in the minority) to pass the ten Navy Hill-related ordinances onto next Monday’s full council meeting with a recommendation that they be stricken.

"The devil is always in the details and so we have not said no to development. We’re saying we need a more robust community engagement conversation,” said 2nd District Councilmember Kim Gray on Wednesday. “We are not anti-development in this area. We want development, but we want to have a very sound and very objective way of looking at what we’re signing on to.”

The same council members also passed a resolution requesting Rochmond Mayor Levar Stoney withdraw the existing Navy Hill ordinances and conduct a new request for proposals process (the vote remained the same as above with the exception of Councilmember Jones abstaining).

The committee also received a report from Johnson Consulting, a third-party consultant it hired to review the Navy Hill proposal. Slides from the presentation listed among the strengths of the project to be that is addresses the “latent demand in downtown” and its tax revenue potential, while among its weaknesses was that no appraisal of the city land that was to be sold to the developers “was completed prior to RFP solicitation or to date” and the size of the TIF (tax increment financing) district, currently at 80 blocks.

Both Mayor Stoney and the NH District Corporation, the group behind the Navy Hill proposal, released statements following the committee meeting and report release.

Stoney’s statement said, in part, “This third-party report, requested and funded entirely by City Council, confirms that the proposal is ‘written in the city’s favor,’ and reaffirms our confidence that in the event of a default, ‘the city has no legal or moral obligation’ and ‘retains control if the development does not perform.’” He added “Armed with yet another third-party report, a report which describes the proposal as a ‘thoroughly vetted development by various outside specialty consultants’ that promises ‘tax revenue potential,’ it’s time that council members come to the table and make this work.”

NH District Corporation’s statement said, in part, the third party report “validates the Navy Hill project’s ability to deliver economic empowerment opportunities and significant benefits to Richmonders for generations to come” and “further demonstrates that the proposal is based on good principles and consistent with best practices, addresses significant deficiencies in the Richmond market today, and that the financing structure has been thoroughly vetted and is standard for a project of this nature. With this report, it’s time for City Council to come to the table and work with the City and the NH District Corp. (NHDC) to move our city forward.”

In relation to the vote to strike the ordinances related to the proposal, NHDC tweeted a statement, that said, in part, that councilmembers “voted to upend a two-year long, public request-for-proposal (RFP) process without considering project amendments or a third-party analysis that they themselves requested and paid for” and added it hopes that they will reconsider their decision and “take up the soon-to-be amended ordinances for consideration”.