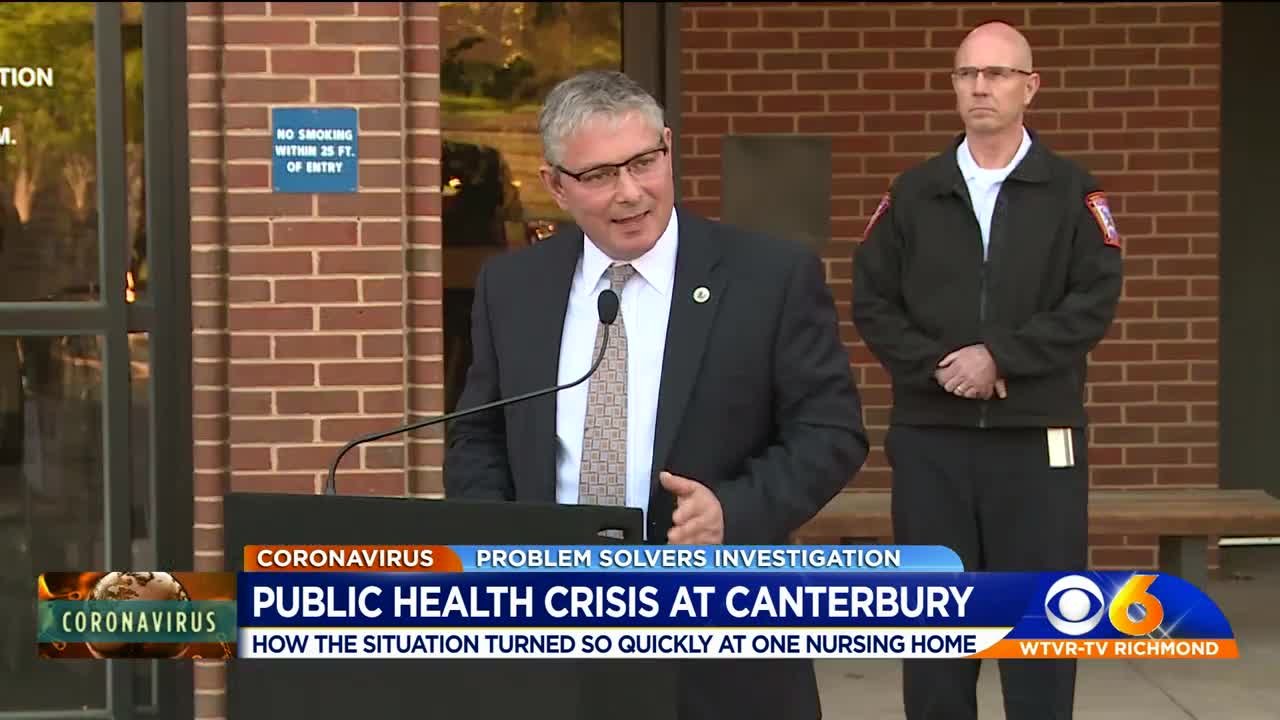 32 people have died of COVID-19 complication at a Henrico nursing home and more than 100 others have been diagnosed with the disease, and experts say that the severe outbreak may have been avoidable. 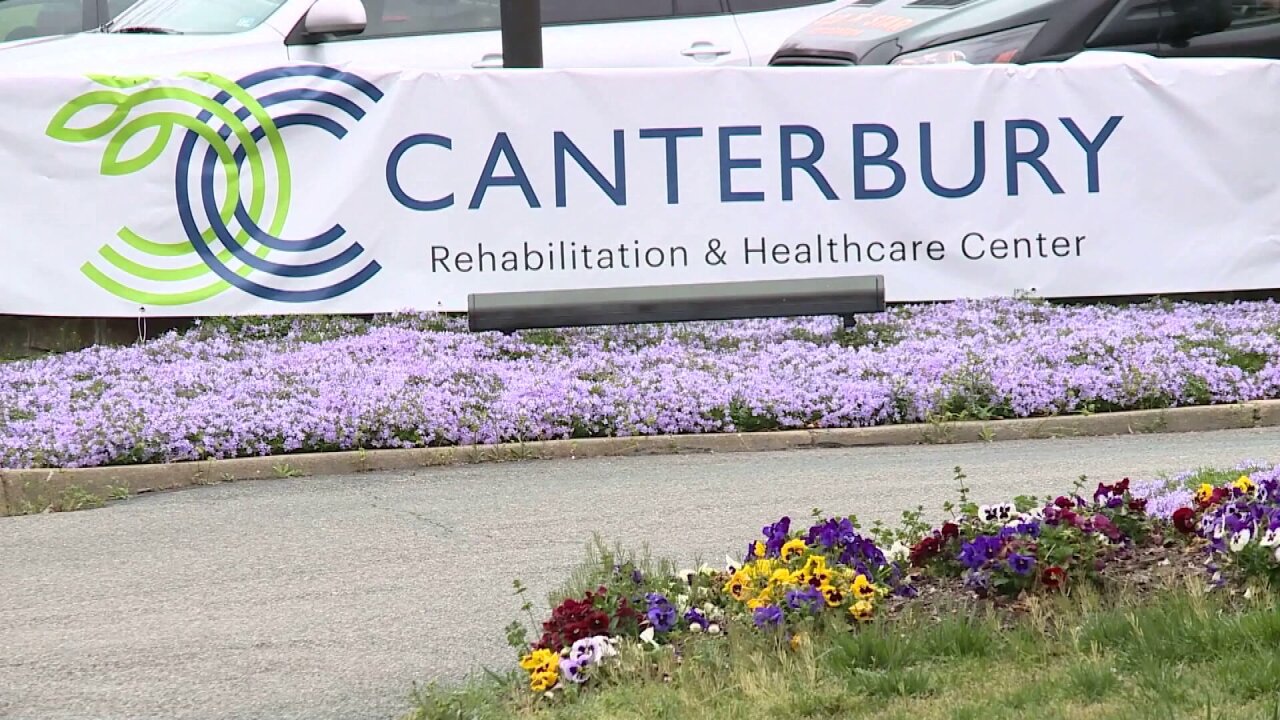 HENRICO COUNTY, Va. -- 32 people have died of COVID-19 complication at a Henrico nursing home and more than 100 others have been diagnosed with the disease, and experts say that the severe outbreak may have been avoidable.

At Canterbury Rehabilitation and Healthcare Center in Henrico, Kathy Campbell moves determined, yet nervous, toward the window outside of her brother's room.

He suffers from Huntington's disease, but the facility is no longer allowing visitors inside.

"Is he doing ok?" she asks an employee on the other side of the window inside her brother's room.

"Did he test positive? He did. Is he showing any signs? No. But he is positive? God. Babe we love you."

61-year-old John Kozak is now one of more than 100 patients at Canterbury who have tested positive for COVID-19.

As the virus has spread, loved ones on the outside said they feel helpless.

"I'm just praying that at some point it just stops and people will be OK, and we know that's not going to be the case, but that's all I'm praying for," Campbell said.

But the question that everybody is asking is how did Canterbury get here? And could the outbreak have been prevented?

The head of the Richmond and Henrico Health Departments, Dr. Danny Avula, said testing failures are to blame.

"The severe lack of testing, and turnaround of testing time at the very beginning that might have contributed to a scenario where there was a lot of disease spread before we even knew this was COVID-19 in the facility," Avula said

To that point, a timeline provided to CBS 6 by Henrico County shows emergency calls to the facility over the past several months.

While the first case of COVID-19 was officially confirmed at Canterbury on March 18th, 911 calls there started going up in February and skyrocketed by the final week of the month.

Yet, testing of every single resident and most of the staff at Canterbury was not done until the week of March 30th.

County Manager John Vithoulkas said the county even offered the facility tests the previous week, but Canterbury declined."Had that been done, I think perhaps we would have had results sooner and been able to have all of the providers act quicker so there is a lesson learned," Vithoulkas said.

Another issue is protective gear.

Dr. Avula said the staff have had to resort to "crisis time" solutions because of a lack of gear.

"Using N95 masks for more than one day at a time, they're using cloth masks to cover their N95 masks to increase the life span of those. "It's an extreme challenge because we don't have enough disposable PPE to do that, so we're having to adapt these crisis times solutions," Avula added.

In fact, Avula said because of the PPE shortage, the practice had been to only use that gear with patients showing symptoms. And because of a staff shortage, the Virginia Department of Health allowed staff that had no symptoms but may have been exposed to continue working.

Now health officials recognize plenty of people can have the virus without feeling sick, which is the case with more than 50 residents at Canterbury, like John Kozak.

"We just pray every day that at least he's getting care, and he will be treated with dignity and respect," Kathy Campbell said.

The question now is can a similar outbreak be prevented at other long-term care facilities in the area?

One danger is the fact that some staff members work at more than one nursing home."We have also shared our concerns with the state, and the state is actively thinking, is there a public health order that needs to be put into place to keep that staff from moving from facility to facility," Avula said.

However, staffing needs at these facilities will make that tough, especially now that there are seven other COVID-19 clusters in the Henrico/Richmond health district.

Avula said he has recommended facilities test all residents, even if they have no symptoms, so positive patients can be isolated to hopefully prevent what happened at Canterbury, from happening elsewhere.

"Honestly I never thought he would be in this situation he's in right now," Campbell said.

We asked Canterbury about why they declined testing help from the County Manager.

Canterbury Administrator Jeremiah Davis did not directly answer that question, but said they have been working in lock-step with the Henrico Health Department since he first COVID-19 diagnosis, and Dr. Danny Avula was instrumental in connecting Canterbury's team with the County Manager.

Virginia health officials urged the following precautions:
Wash your hands often with soap and water for at least 20 seconds. Use an alcohol-based hand sanitizer only if soap and water are not available.Avoid touching your eyes, nose, and mouth.Cover your mouth and nose with a tissue or your sleeve (not your hands) when coughing or sneezing.Clean and disinfect frequently touched objects and surfaces.Stay home when you are sick.Avoid contact with sick people.Avoid non-essential travel.