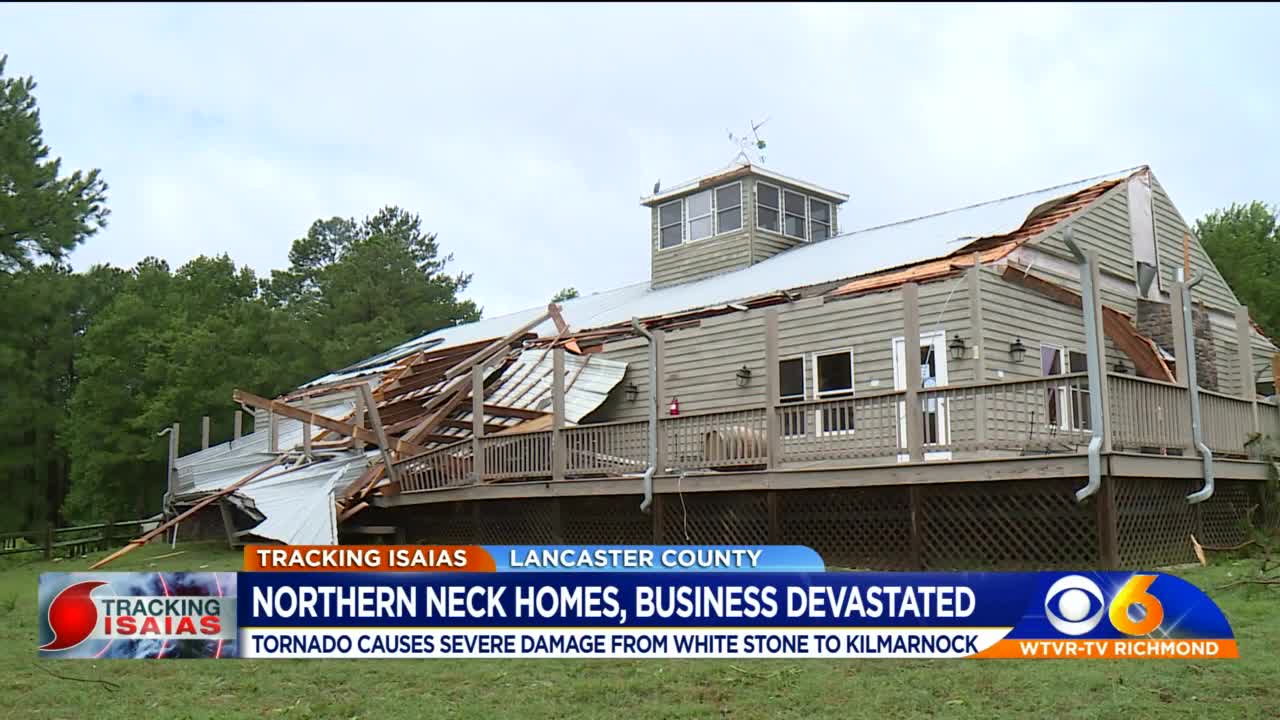 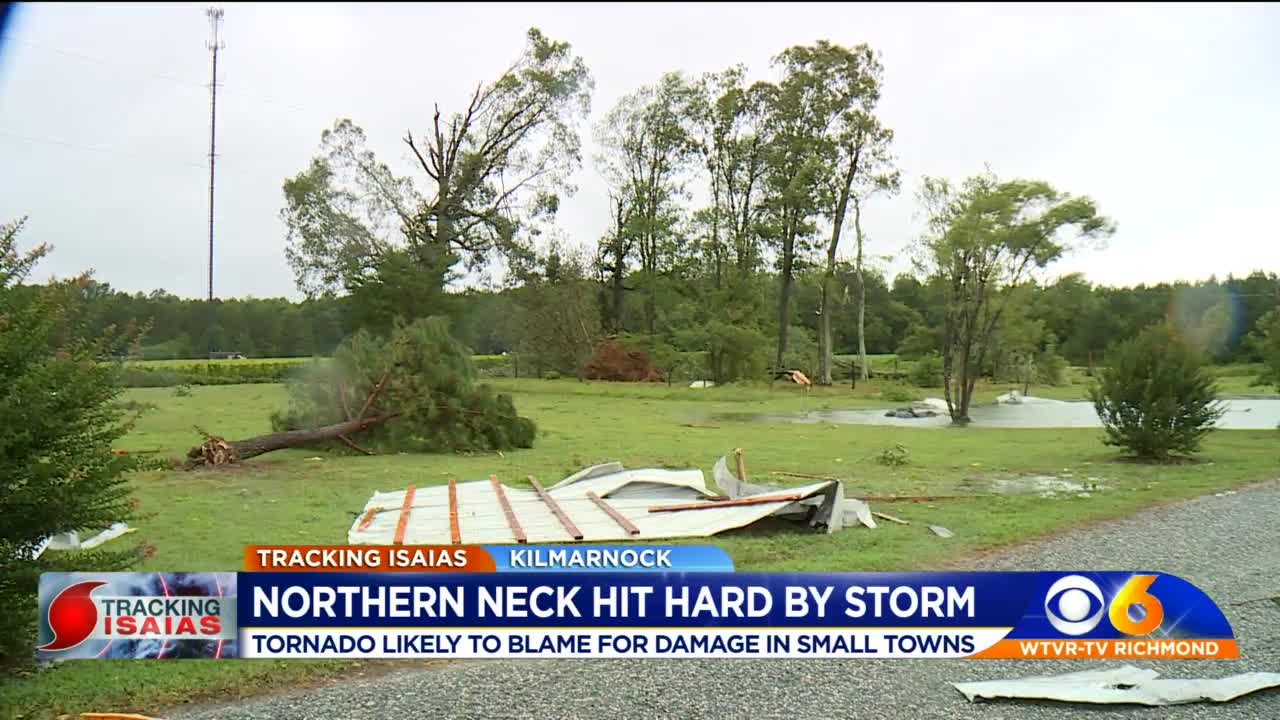 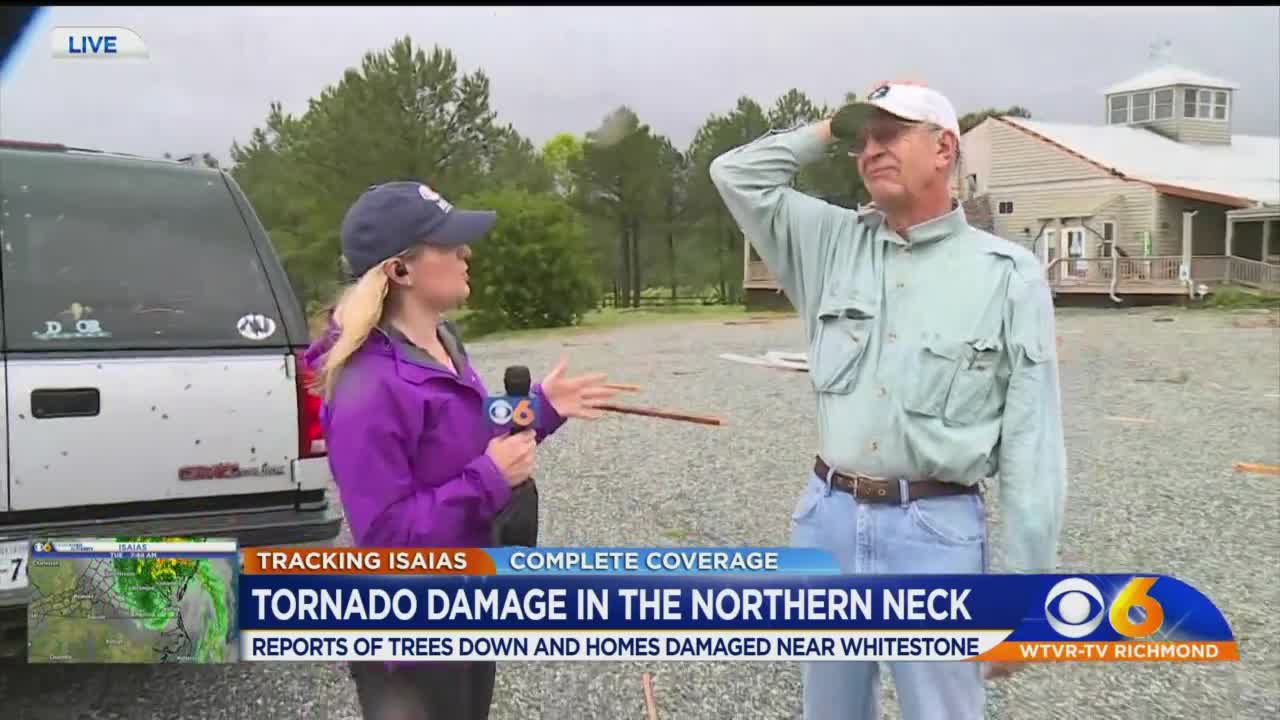 "We have 25 acres under vine, a good bit of which has been damaged directly," Krop said. "A bunch of trees down, and then it seemed to have come right up, took off a big chunk of this building, which is the main winery building. There's water damage everywhere, including my $45,000 grand piano."

Kilmarnock is located about 70 miles east of Richmond in Lancaster and Northumberland counties.

"This a definite tornado direct strike... we have lost this East porch and the whole South porch is ripped off," Krop said.

Krob said he hopes to rebuild but the damage is in the millions of dollars.