Northam: We are exploring all options to extend the voter registration deadline 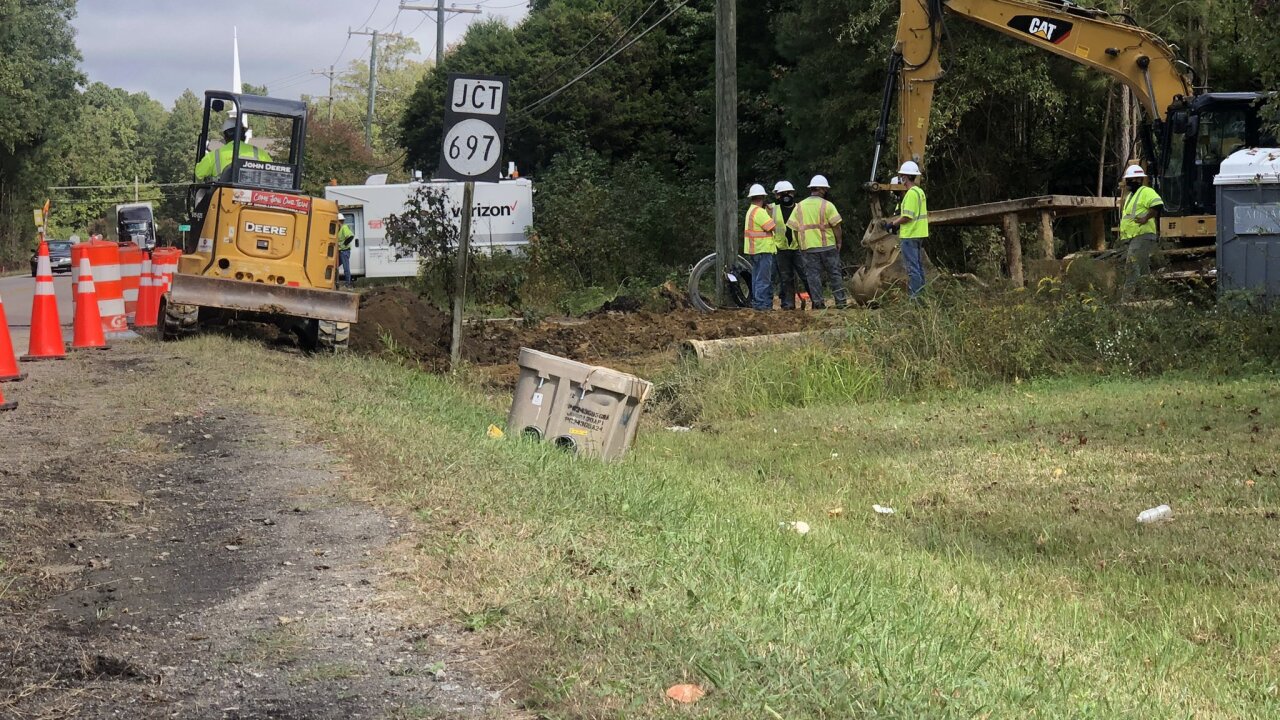 RICHMOND, Va. -- Virginia Governor Ralph Northam says he is exploring all options to extend the voter registration deadline after a cut fiber-optic cable caused a network outage on the Virginia Department of Elections website.

"That deadline is set in our code and it does not appear I have the authority to change it. That is up to the courts," said Northam.

The governor says he would support a court ordered extension if they chose to issue it.

The agency say technicians learned that a Verizon fiber had been inadvertently struck as part of activities related to a Chesterfield County roadside utilities project.

In a tweet, The Virginia Department of Elections said the fiber cut was not only impacting the citizen portal but local registrar's offices as well.

"I am officially calling for Virginia’s Registration Deadline to be extended beyond today due to the service outages impacting voters’ ability to register statewide," Fairfax tweeted. "We will work with the Administration to resolve this issue and ensure all voters have access to #Vote."

I am officially calling for Virginia’s Registration Deadline to be extended beyond today due to the service outages impacting voters’ ability to register statewide.

We will work with the Administration to resolve this issue and ensure all voters have access to #Vote. https://t.co/PKt3vKoOnu

McAuliffe released a statement calling for a court order to extend the deadline.

"The shutdown of the Virginia Department of Elections portal will disenfranchise Virginians across the Commonwealth unless there is an extension of the voter registration deadline. We have made great progress in Virginia to make voting easier in our Commonwealth, we must continue in that vein by remedying this situation at this critical time," said McAuliffe. "Virginia's courts must immediately take action to give Virginians their legal opportunity to register to vote. This November's election is too important for any Virginian's voice not to be heard, and every Virginian who is eligible to vote must have the opportunity to register."

Additionally, the Virginia Legislative Black Caucus is calling for an extension of Virginia’s voter registration deadline.

"We cannot allow system outages to disrupt and keep Virginians from exercising their constitutional right to vote. The VLBC supports efforts to request that the courts provide relief for Virginians impacted by this system-wide outage as we continue to protect and expand access to the ballot box," the caucus said in a statment.

The Virginia State Conference (VSC) of the NAACP agreed with those sentiments and called for the deadline to be extended for 72 hours after the system is restored.

"In an election season where over 1 million Virginians have cast their vote, it is imperative that all eligible voters have the ability to register, change their address and registered voters can check their voting status," the group said in a statement. "Virginia has taken great strides in removing barriers to voting and registering should be no exception."

The state's IT agency said technicians have restored network connectivity to the Commonwealth and the citizen portal was "back up" at 3:30 p.m., according to the Virginia Department of Elections.

Virginians who need to register to vote can click here.