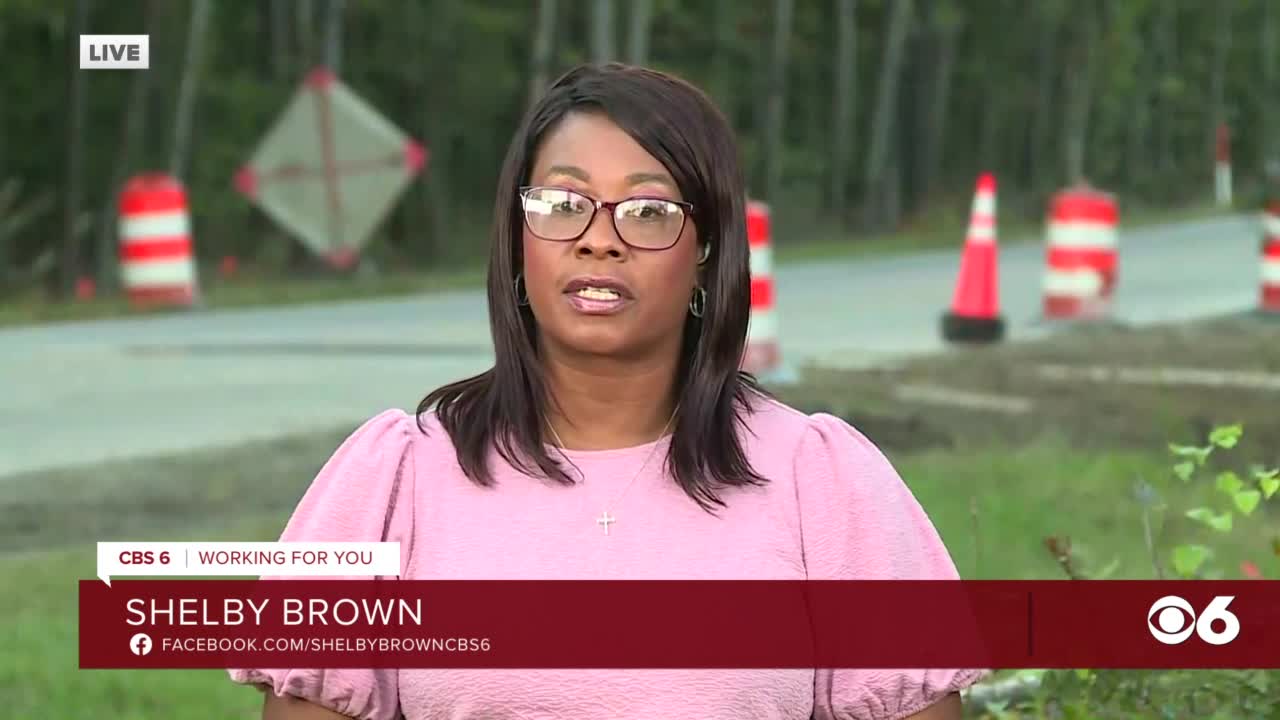 The citizen portal was "back up" at 3:30 p.m., according to the Virginia Department of Elections. 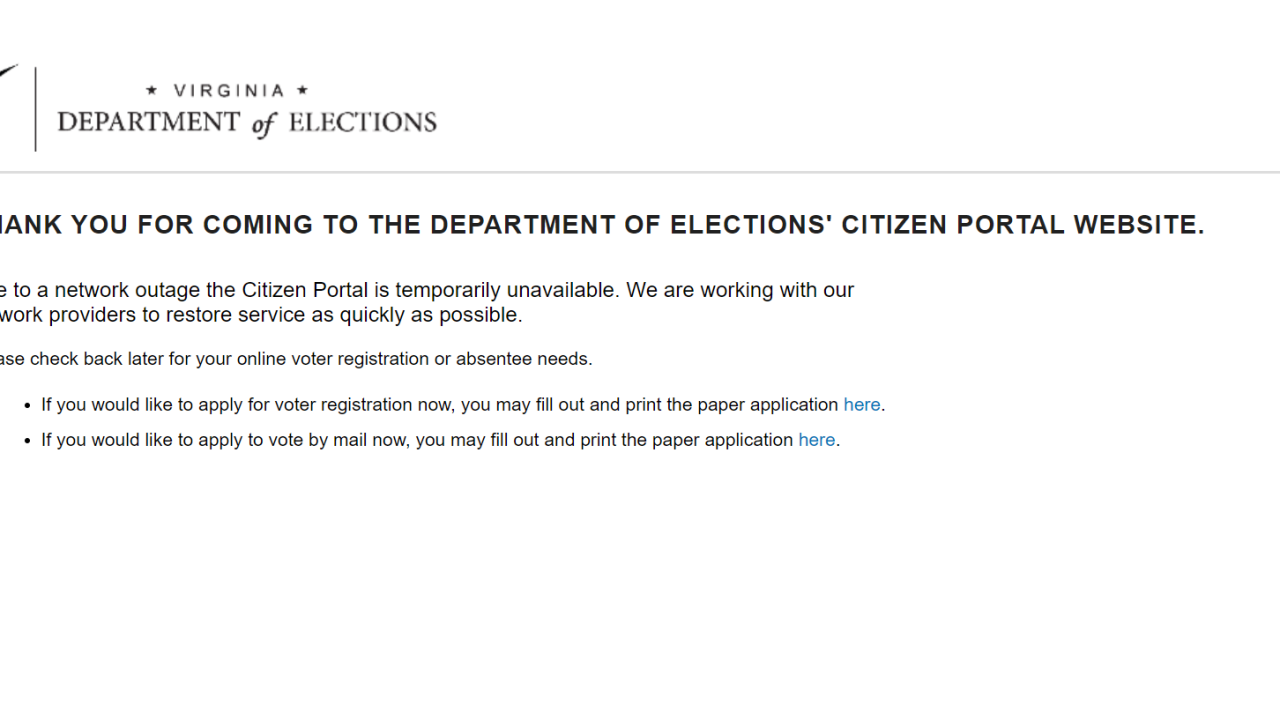 UPDATE: The citizen portal was "back up" at 3:30 p.m., according to the Virginia Department of Elections. Virginians who need to register to vote can click here.

RICHMOND, Va. -- Virginians who waited until Tuesday's voter registration deadline to register for the November election were greeted with an error message Tuesday morning.

"Due to a network outage the Citizen Portal is temporarily unavailable," a message on the Virginia Department of Elections website read. "We are working with our network providers to restore service as quickly as possible."

The agency say technicians learned that a Verizon fiber had been inadvertently struck as part of activities related to a Chesterfield County roadside utilities project, located off of Route 10 in Chester.

"VITA, Verizon and Chesterfield County are working diligently to ensure that fiber repairs are made and connections are restored as soon as possible," VITA said in a release. "Technicians have been on site all morning working to repair the fiber cut as expeditiously as possible. While no estimated time of restoration is available as of noon, VITA will continue to provide updates from Verizon’s technician crews as work progresses."

In a tweet, The Virginia Department of Elections said the fiber cut was not only impacting the citizen portal but local registrar's offices as well.

“Governor is aware of the outage and closely monitoring the situation, in partnership with the Secretary of Administration and Department of Elections," a spokesperson for Virginia Governor Ralph Northam said. "He will have more to say on this at this press conference at 2.”

This year’s voter-registration deadline falls at a time when about 1 million Virginians have already cast their ballots.

More than 500,00 residents have cast ballots in person. And about 444,000 had voted by mail. That’s according to the Virginia Public Access Project.

An additional 642,687 mail ballots were still out as of Sunday.

That comes to 1.62 million Virginians who have so far made an effort to vote early so far.

That’s three times as many Virginians as those who voted early in all of 2016.