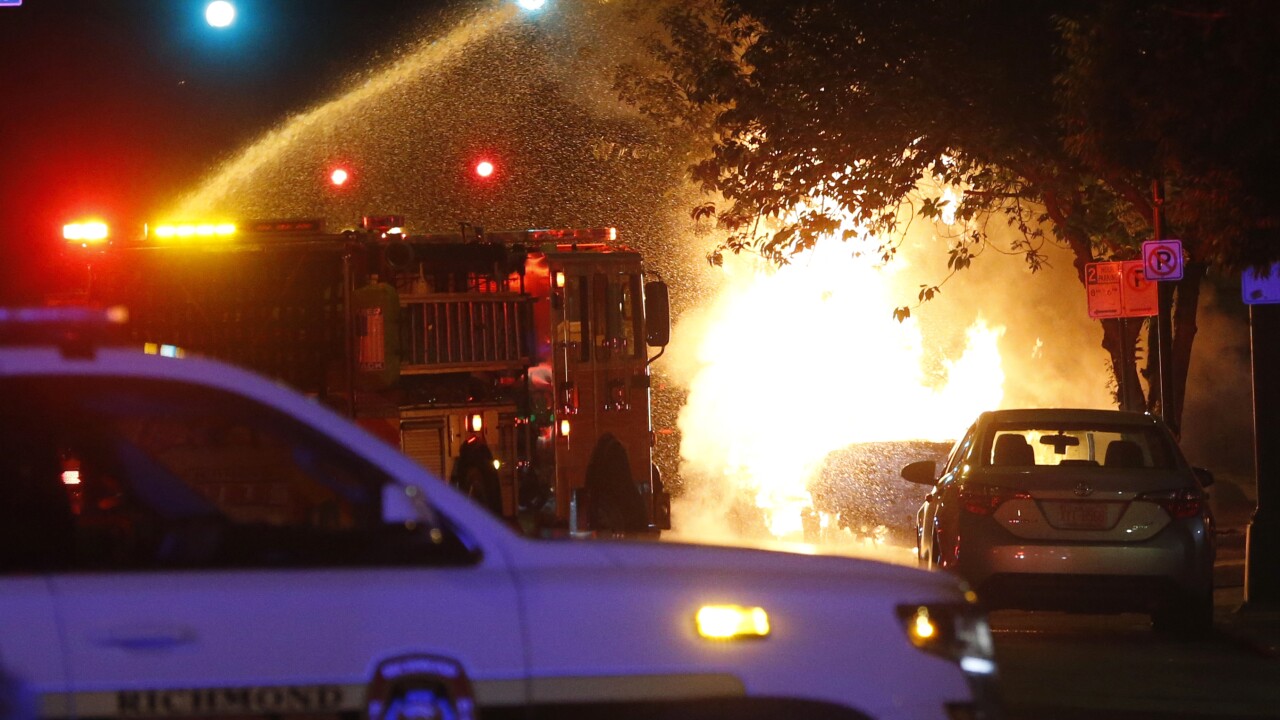 Steve Helber/AP
A car explodes as firefighters attempt to douse the flames as protesters march through downtown during a third night of unrest Sunday, May 31, 2020, in Richmond, Va. Gov. Ralph Northam issued a curfew for this evening. (AP Photo/Steve Helber)

Chief Smith highlighted the "particularly poignant" incident over the weekend, telling reporters that protesters intentionally set fire to an occupied building on Broad Street, and "intercepted {a} fire apparatus several blocks away with vehicles and blocked that fire department's access to the structure fire. Inside that home was a child."

Smith added that Richmond Police had to “force our way to make a clear path for the fire department."

But, Lt. Chris Armstrong said, based on his investigation, the fire call initially came in as being on Broad St, but it actually involved a fire at 309 N. Monroe St.

He said there was a car fire on W. Monroe that spread to the exterior of a nearby building. He said the fire was external only and did not get inside.

Armstrong added that when the fire department arrived on the scene, a father and son were already outside "unharmed."

Armstrong did confirm that a fire truck was impeded in its effort to get to the Monroe scene quickly.

But the details of how that happened were a little different from Chief Smith's version.

Armstrong said some trash cans on fire forced the truck to slow down, and a single protester stood in front of the fire truck and refused to move.

"The person did not get out of the way. Someone also threw something at the vehicle," Armstrong said.

He added that some additional protesters then started coming toward the fire truck, but police in riot gear arrived and the protesters ran away.