RICHMOND, Va. -- Police released photos Friday of nearly a dozen suspects wanted for breaking into businesses and looting during the Richmond riots on May 31. 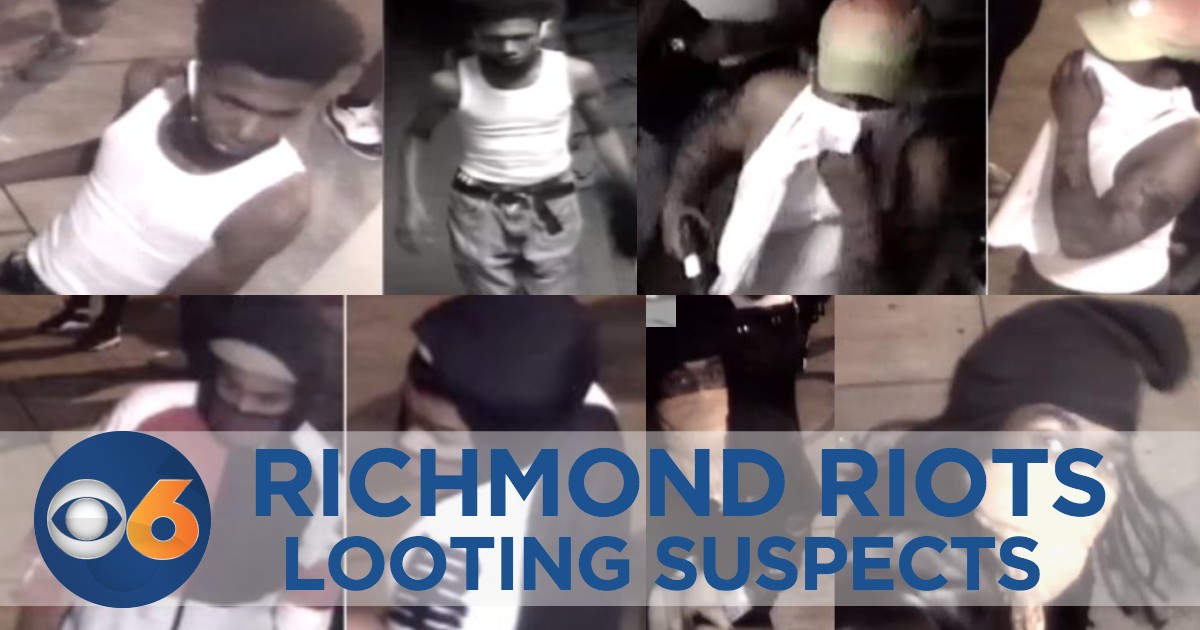 Police urged anyone that could help identity the 11 suspects to call Fourth Precinct Detective J. Land at 804-646-3103 or contact Crime Stoppers at 804-780-1000. The P3 Tips Crime Stoppers app for smartphones may also be used. All Crime Stoppers methods are anonymous.

Volunteers and business owners converged on Broad Street the morning after the destructive riots in Richmond.

Waller & Company Jewelers at 19 East Broad Street was one of the businesses hit.

The owner's niece guarded the 120-year-old shop until 12:30 a.m. early Sunday, but once she left people broke in and stole things, according to the family.

Photos showed some of the shop's windows and display cases smashed.

"Owner is thankful they didn’t touch the 1922 display case he used to clean when he was young," reporter Cameron Thompson said.

Volunteers, including ,embers of sororities, fraternities and others, turned out the morning after to help clean up the store. They vowed to stand arm-in-arm to protect the businesses.

Mr. Waller choked back tears and said he was touched by the show of support.

"We can't let other people come in and tear down what these people have built up," an organizer said. " This really hurts."

The owner's sister also thanked the throng of folks gathered in front of the shop.

"Thank you to all my good sisters and brothers. Thanks to all of you," she said. "I love you all. From the bottom of my heart, I love you. Thank you, everybody."

The business added a sign to a window Sunday morning stating the jewelry store is a "small black-owned business.

An online fundraiser to help the family pay for the repairs had raised more than $53,000 as of Friday, Nov. 20.

This is Waller & Co Jewelers. Family owned business since 1900. Family says their shop was damaged both nights.

Niece of owner was guarding shop until 1230AM. Once she left people broke in and stole things from inside. pic.twitter.com/zdo79p9VdW