Outsiders spark Richmond riots: 'This is an organized effort' 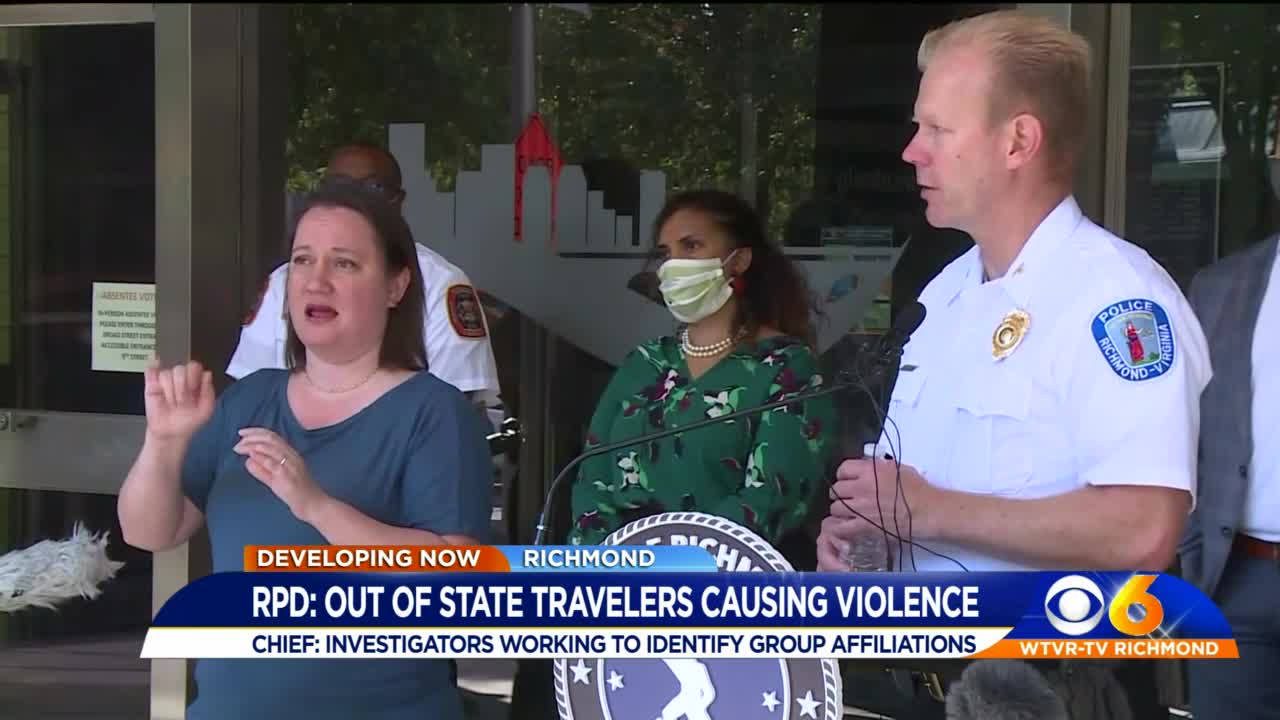 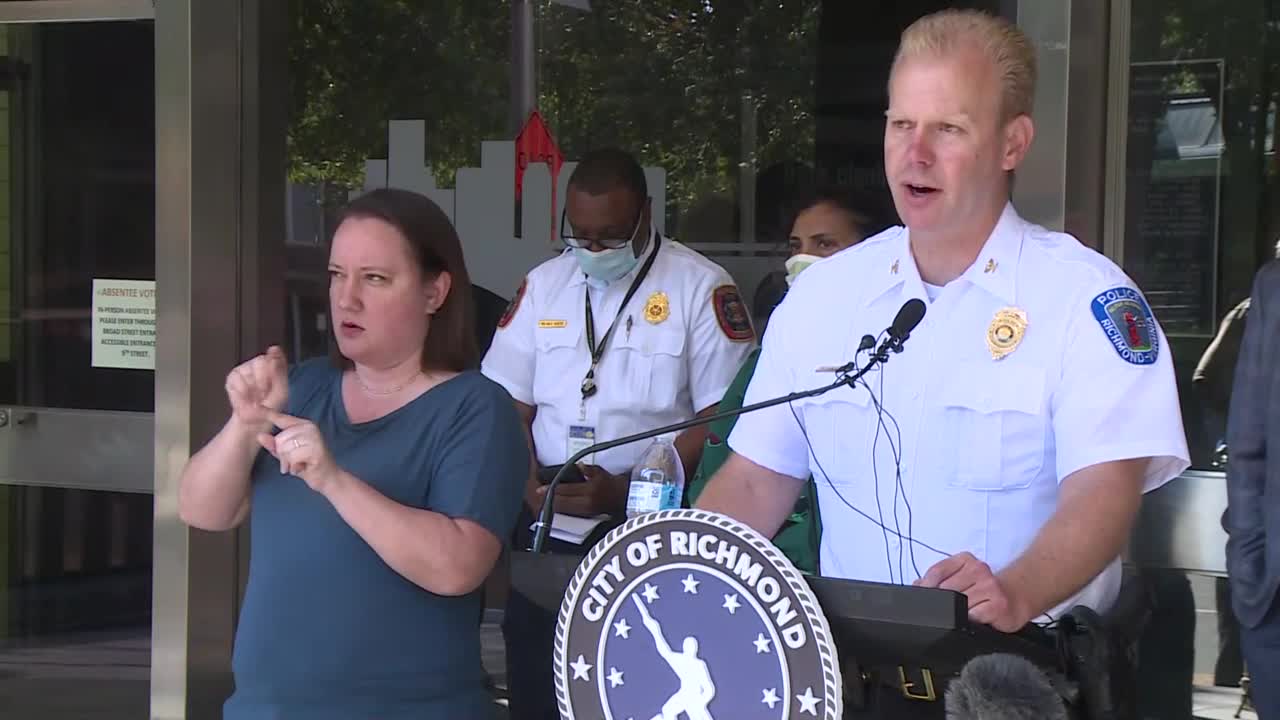 RICHMOND, Va. -- Riots in downtown Richmond both Friday and Saturday nights were sparked by people from outside the city, Richmond Mayor Levar Stoney and Richmond Police Chief Will Smith said during a Sunday morning press conference.

“We have people from across the country who have traveled many states to be here. We know that this is an organized effort,” Chief Smith said. “We're committed to try and identify those that are behind it. And we're doing our very level best to arrest those that are perpetrating the violence on our community, our city, and against our citizens.”

Chief Smith was later asked when the rioters were and how he knew they were not part of the protests.

"We do have anti-fascists, we have some anarchists, to a large degree, but there's people from outside of this state and outside of this area that we know that are involved and we're doing our best to identify them and backtracking what their affiliations are," he said. "I think that's clear. When you look at the things that they're targeting... I think we can all understand attacking the symbols of the past and of the racist past. But when you look at trying to burn down a VCU dormitory, or burn down people's homes, or burn down and loot the stores that we depend on every day. Those things don't correlate at all. So, you know, I think there is a much more organized effort, and we're doing our very best to determine where that's coming from and who's pulling the strings."

Mayor Stoney announced Richmond would be under curfew beginning Sunday at 8 p.m. and that the Virginia National Guard was prepared help maintain the curfew if needed.

He also addressed the protests that have turned from peaceful to violent riots each night.

“Peaceful protests in solidarity against the injustices of black men hijacked by bad actors. As soon as you loot a store or set a public bus on fire, you're not demonstrating. You've made it about you,” Mayor Stoney said. "When you block law enforcement from allowing fire services to get to a home that has caught on fire. You are not inspiring change. When you knock out windows of businesses that had nothing to do with this, you are not inspiring change. That's an insult to the cause.”

Chief Smith said the physical violence reported in Richmond, including a Sunday morning shooting, has been protestor on protestor violence.

“The man shot last night was shot by a protestor,” he said. “We've had a number of people that have been injured by thrown bottles, rocks, bricks, everything that you can imagine, thrown by other protesters. As the mayor said, our protest has started out peacefully every single night with respectful people voicing their legitimate concerns. We've been able to facilitate them in their First Amendment rights, but it hasn't taken too long each night before actors have taken over the protest and have changed the tone.”

Various state and federal officials across the country seem to agree that groups of “outsiders” are responsible for the most destructive protesting in U.S. cities.

But those officials have offered differing assessments of who those outsiders are.

These leaders have offered little evidence to back up those claims, and the chaos of the protests makes verifying identities and motives exceedingly difficult.