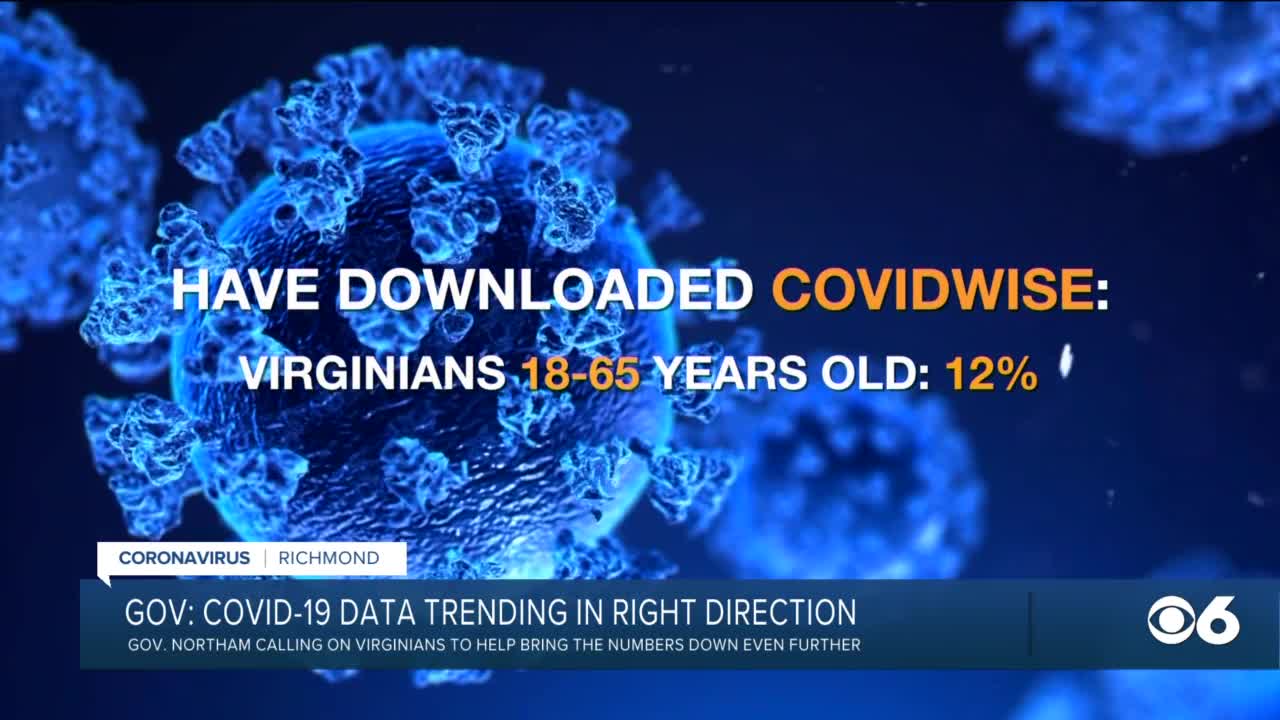 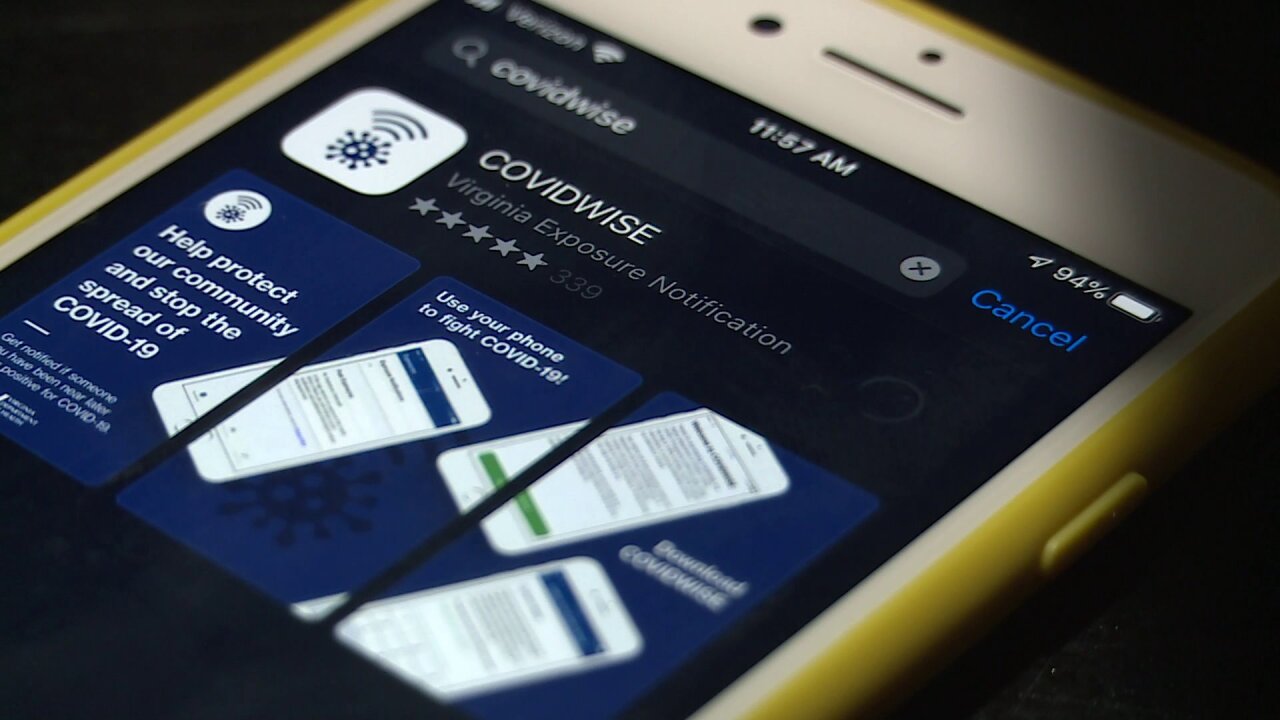 RICHMOND, Va. — Virginia officials said that more than half a million people have downloaded the state’s COVID-19 exposure notification app since its launch last month.

Virginia Governor Ralph Northam said that as of Monday, the app had been downloaded 515,824 times. He said they estimate that is around 12% of Virginians between the ages of 18 and 65.

“So, that's great and I'm grateful to all those Virginia to have downloaded the app. This tool has, literally, great potential to help us curb the spread of this virus and I hope all Virginians with smartphones will use this including our college campuses,” added Northam.

Officials said that 155 people have used the app to anonymously submit their positive test results in order to notify others that they may have been exposed.

They added that in the last five days, an average of 193 people have been notified each day of a potential exposure.