Mayor Stoney meets with Richmond Police officers: ‘I heard them’

"I know exactly what they’re coming from."

Officers have impromptu meeting with mayor as interim chief is introduced 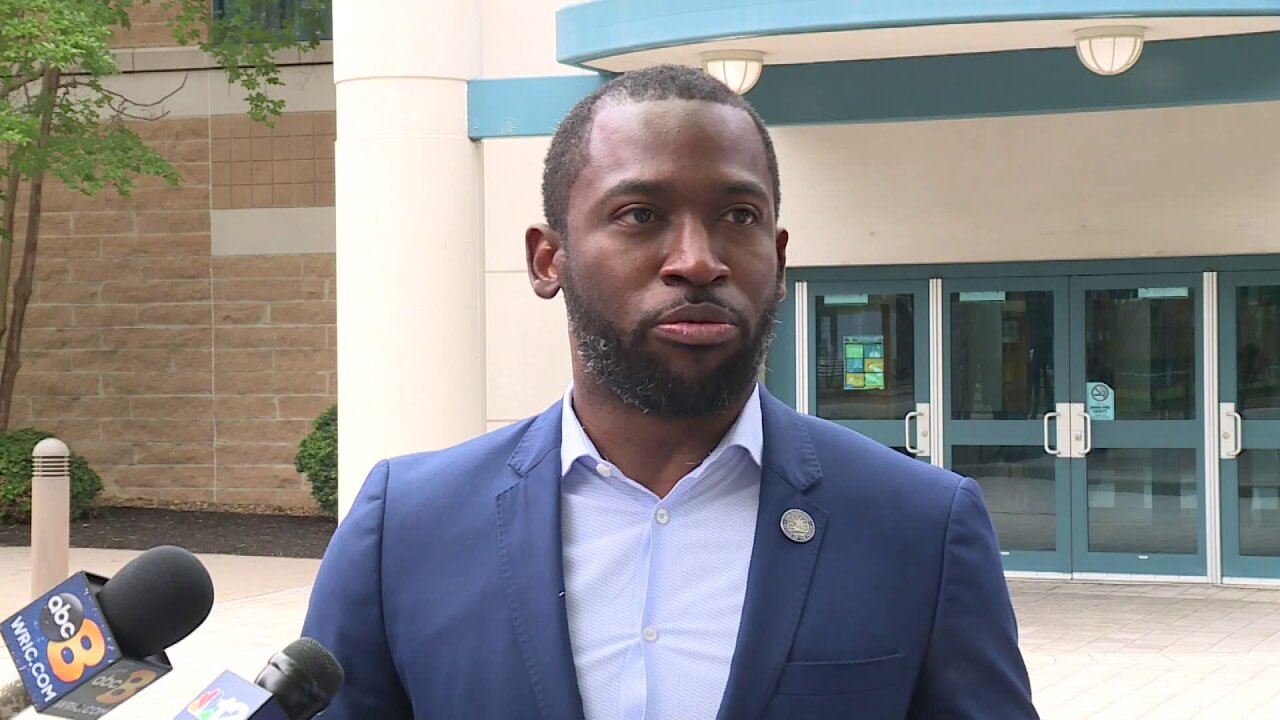 Instead, RPD spokesman Gene Lepley said “the mayor is here and has accepted a request by a number of police officers who are in the lobby to meet with him.”

At the podium, Interim Chief Blackwell said Richmond Police would regain control of the city.

He also used the opportunity to show support for Richmond Police officers who have been scrutinized over their handling of protesters and rioters in Richmond.

“I’ve had the pleasure of working with the Richmond Police Department and serving this community for over 22 years,” Blackwell said.

Those officers then met with Stoney during a meeting absent of reporters.

“I thought it was very important that I had a conversation with the officers with the Richmond Police Department before talking to the press,” Stoney said following the meeting. “They were able to express to me their exhaustion, their frustrations, as well.”

Several Richmond Police officers have been put on leave and investigated since protests, some peaceful, others violent, began in Richmond following the death of George Floyd in Minneapolis.

Stoney said he supported Interim Chief Blackwell to be able to lead the department.

“He’s a former marine who brings discipline and composure necessary to be a chief during these uncertain times,” he said.

When asked if he planned to resign, as some protesters including the Republican Party of Virginia have called for, Stoney responded, “no.”