Mayor Stoney: 11 statues will be removed in the 'next few days' 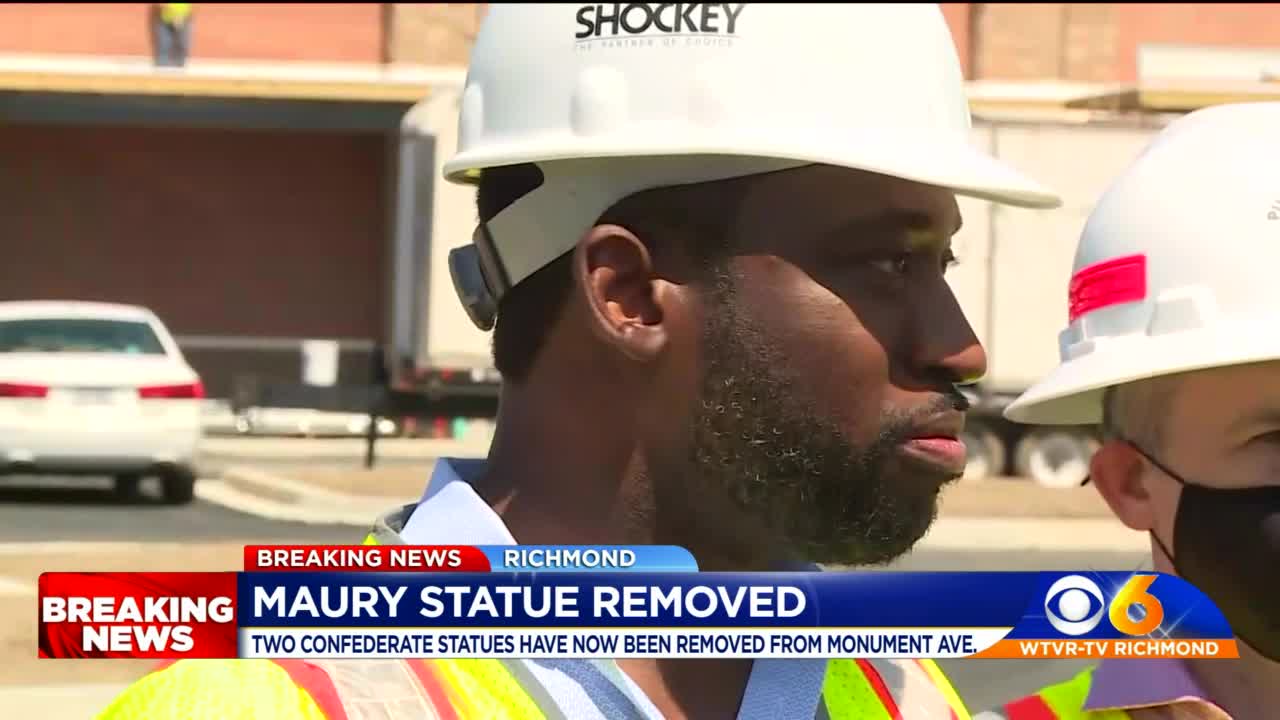 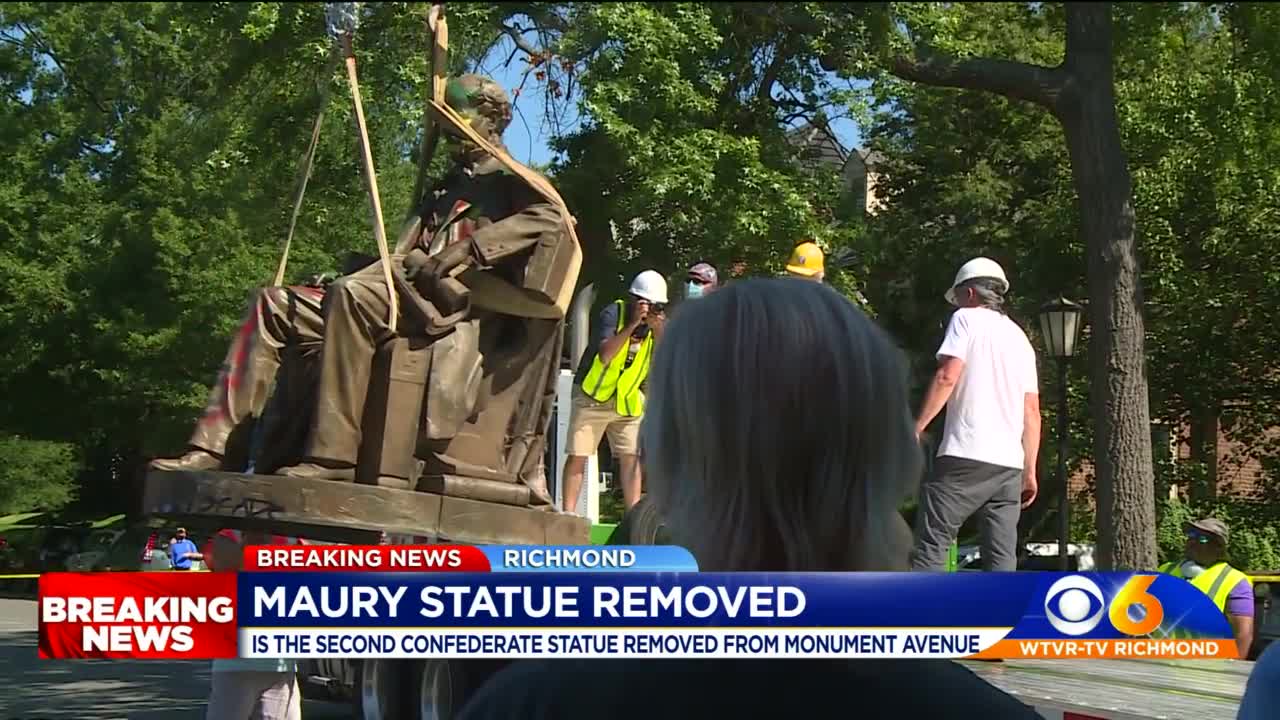 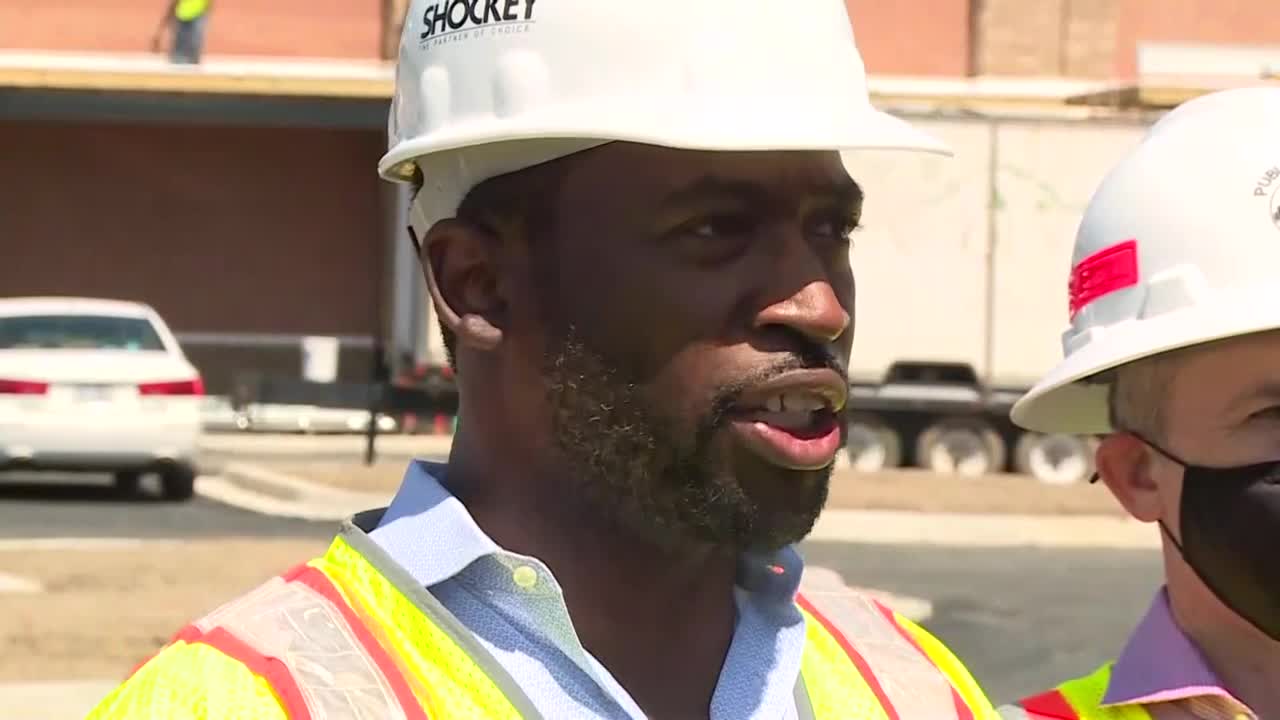 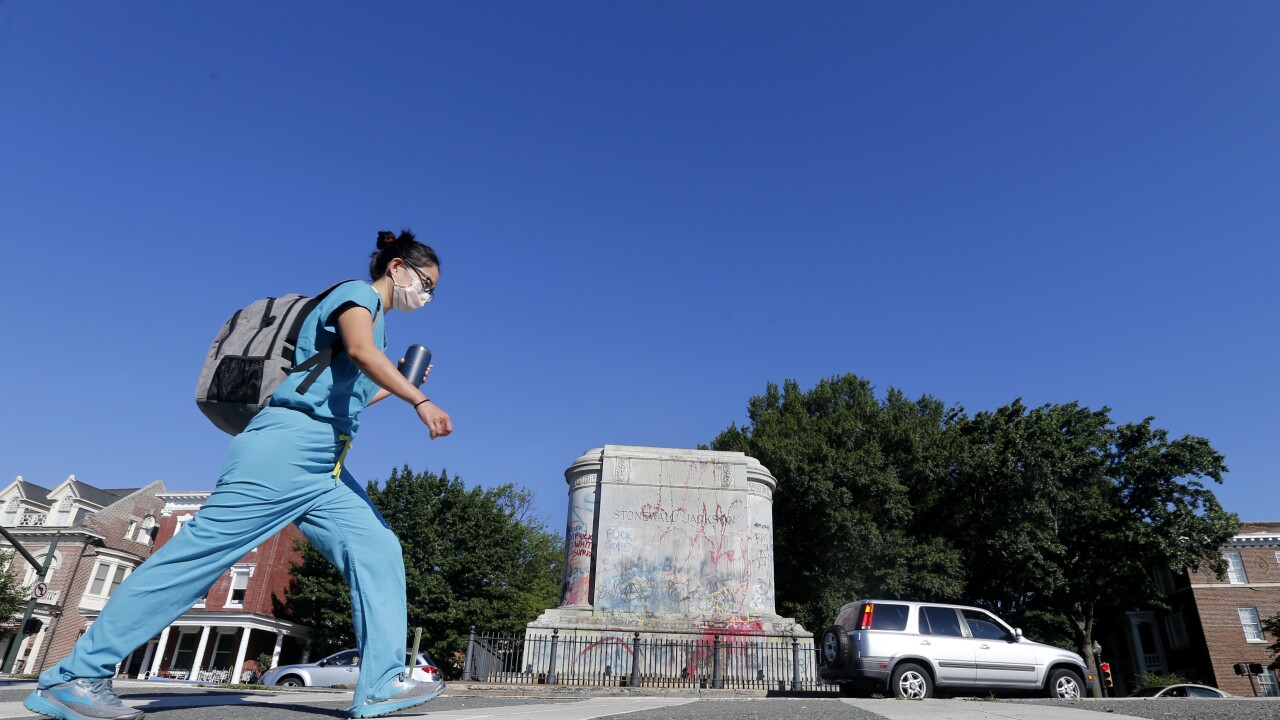 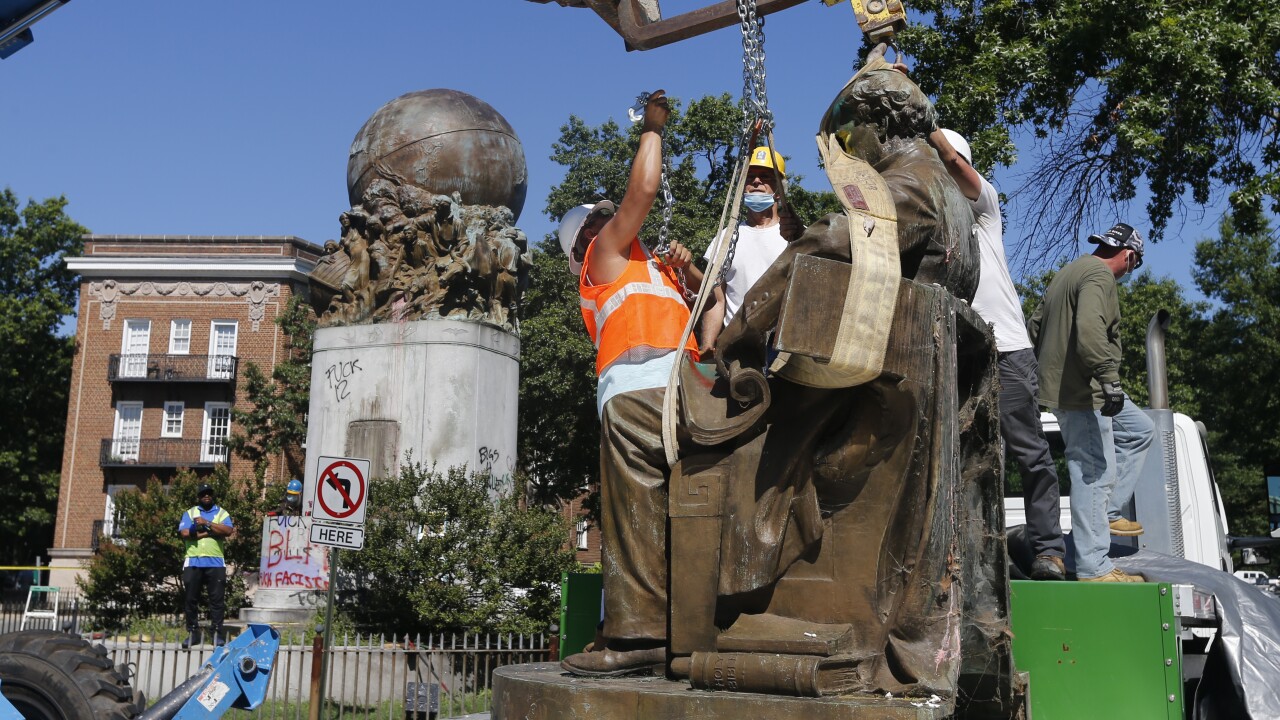 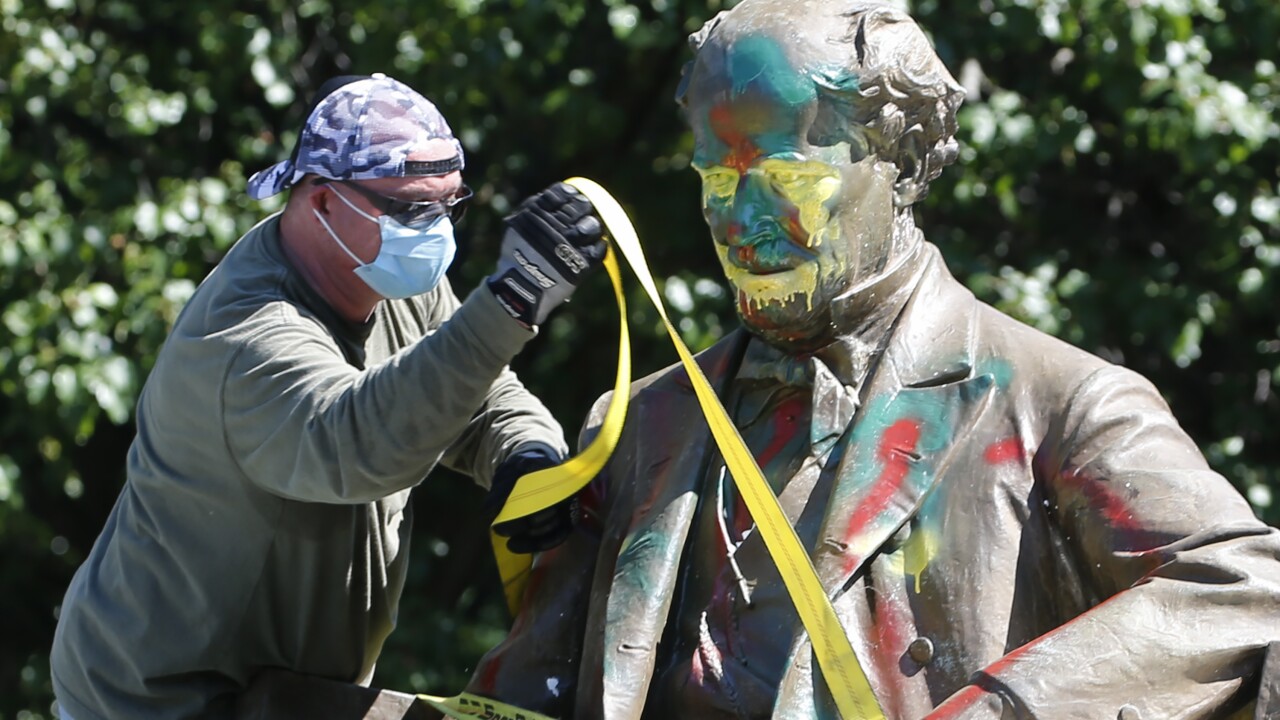 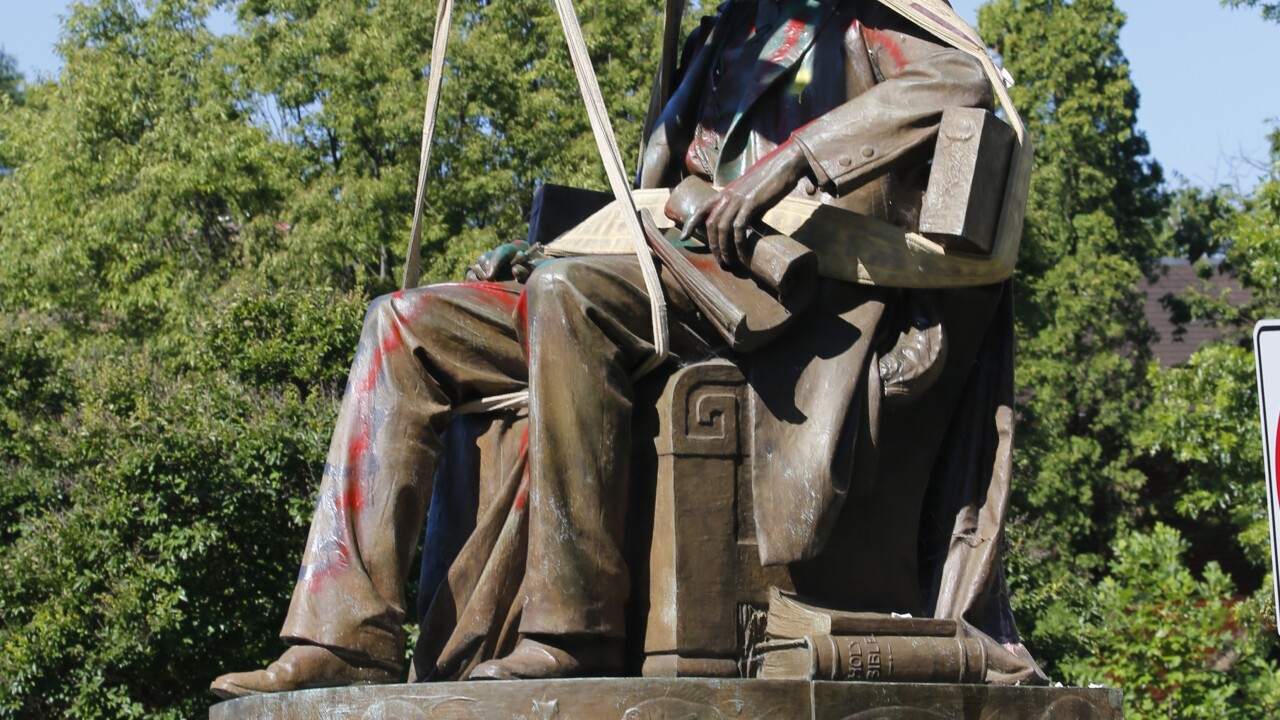 RICHMOND, Va. -- A total of 11 monuments will be removed in the City of Richmond over the next few days, Mayor Levar Stoney told reporters during a media briefing Thursday morning.

The briefing was the mayor's his first comments since ordering the removal of Confederate monuments on Wednesday.

"I don't want to give too many details. Because obviously, for security reasons and things of that nature, we have a timetable and a plan that we're going to work on," Stoney said when asked which statues would come down.

Stoney says he believes he is on sound legal ground to remove the statues using his emergency powers as the Emergency Management Director.

"That's in our Emergency Operations Plan. That is also the part of the governor's declaration of emergency that I'm the emergency manager," said Stoney. "And also, the City Council spoke to this in June 8, when they passed a resolution ordinance that gave me such powers."

Stoney said over the course of the last 34 days, thousands have gather in the city and there has been more than 139 calls of service right on the Monument Avenue corridor alone.

The mayor said failing to remove the statues presented a severe, immediate and growing threat to public safety.

"It's my job, my number one responsibility is to protect life and property. And I thought that we couldn't take one more day to risk life for property here in the city of Richmond. And that's why we removed those monuments yesterday," said the mayor.

"As I said, those are they were statues to bigotry, division, hate oppression, you name it. And that's not who we are as a city," said Stoney. "Once we remove the remaining monuments, we can officially say that we were the former capital Confederacy. Now we can be the capital for compassion, the capital for equity, and the capital for atonement and reconciliation."

Over the next few days, the mayor is requesting that the public give workers room if they say road closures.

"Please allow for those who are working in the streets to to do their job, so we can keep them safe, but also keep you safe as well," he added.

Stoney says the removed statues will be placed in temporary storage while Richmond enters a 60-day administrative process during which the city will solicit public input while determining the fate of the statues.