Crowds gathered around the Stonewall Jackson monument had mixed opinions about the monuments removal. 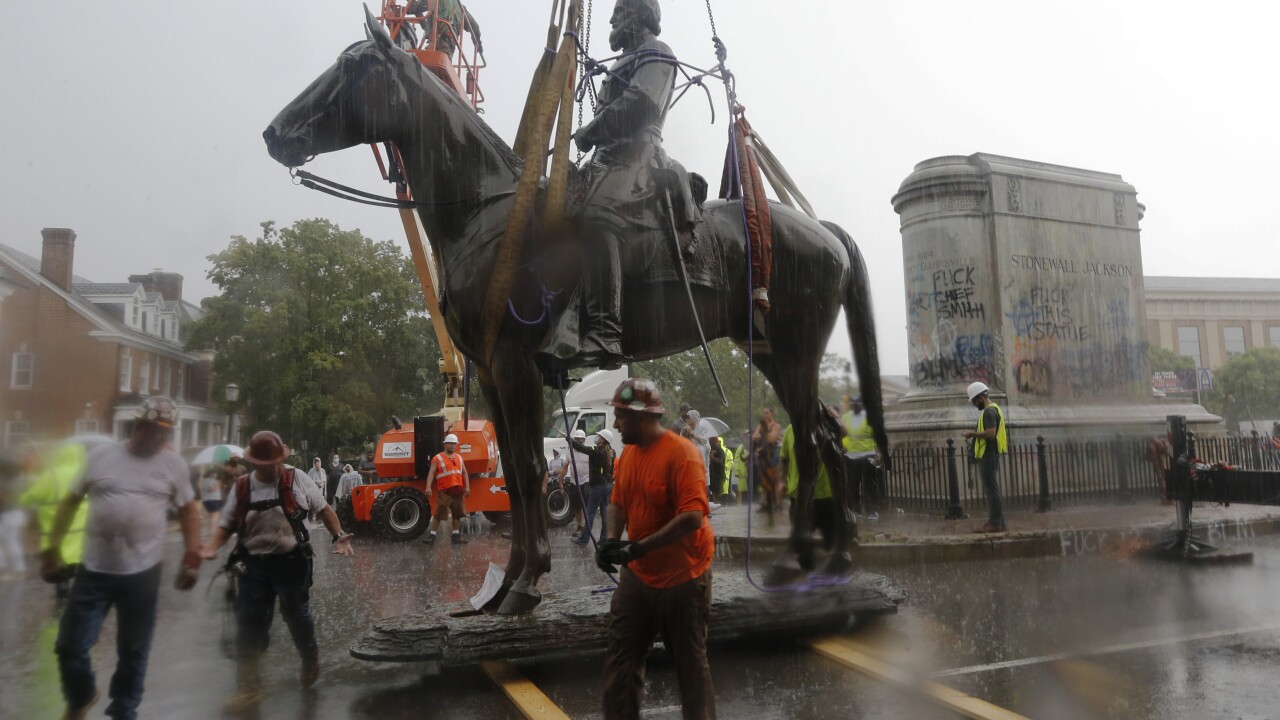 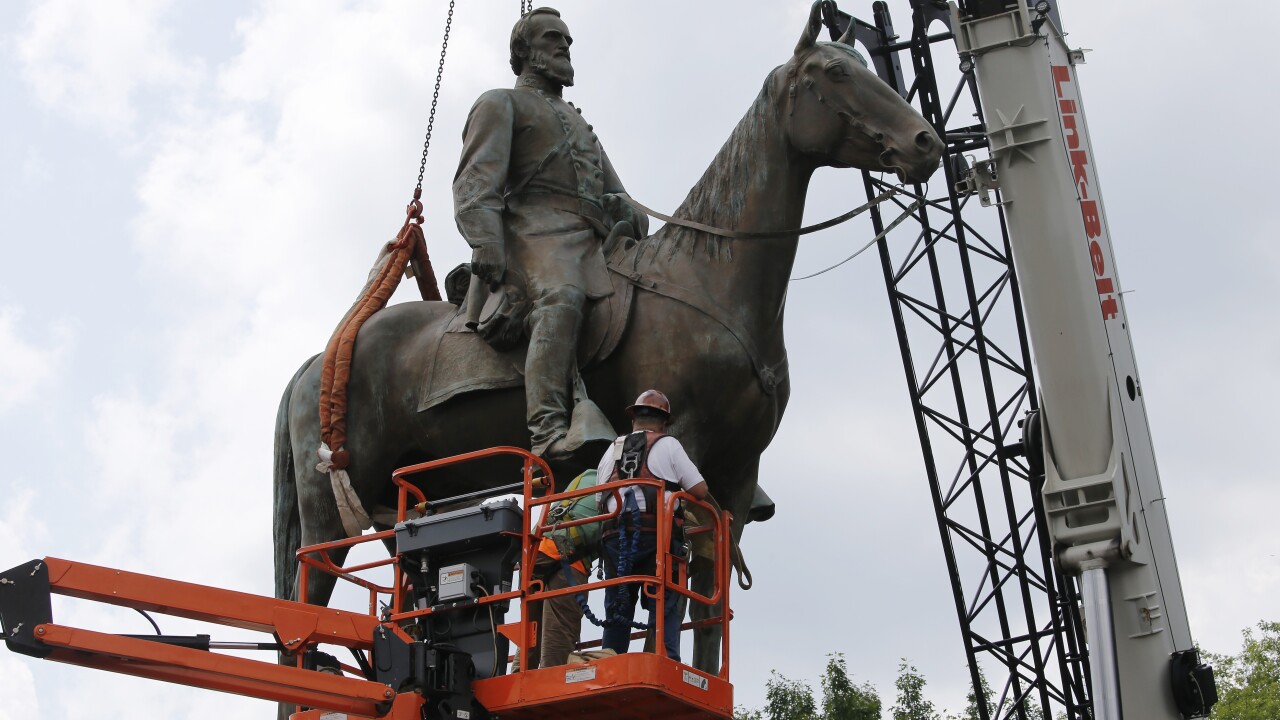 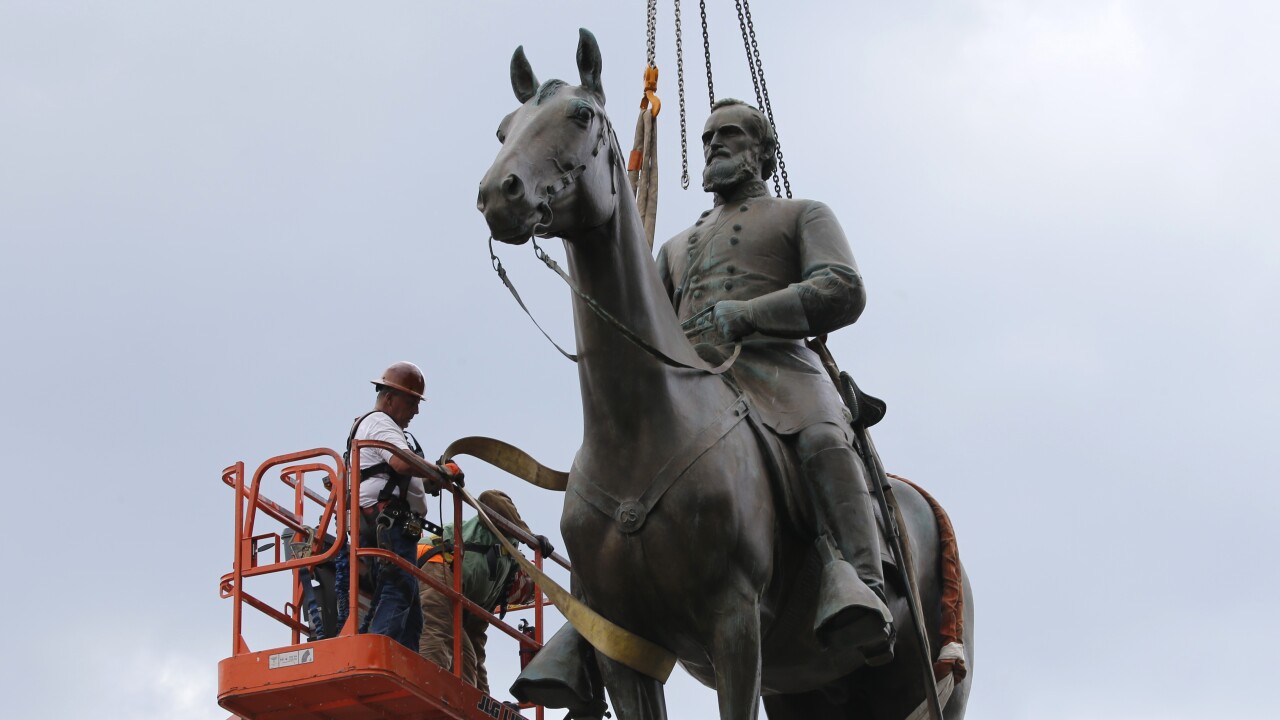 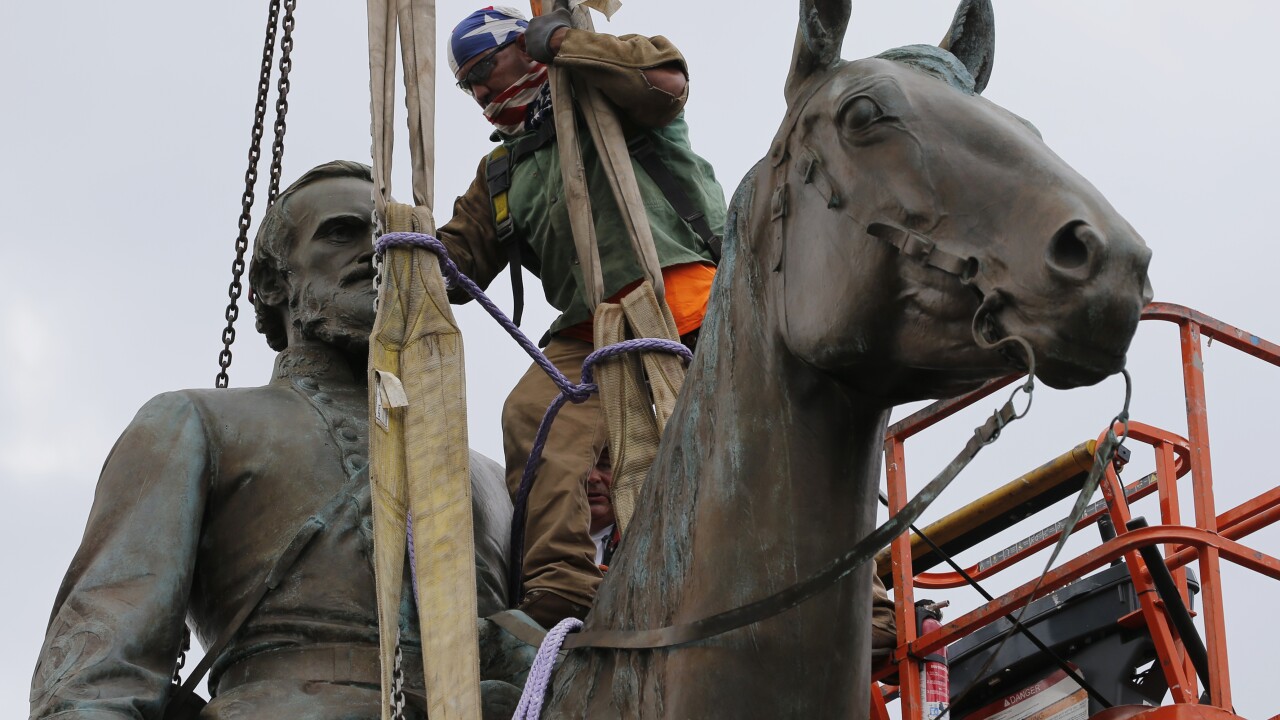 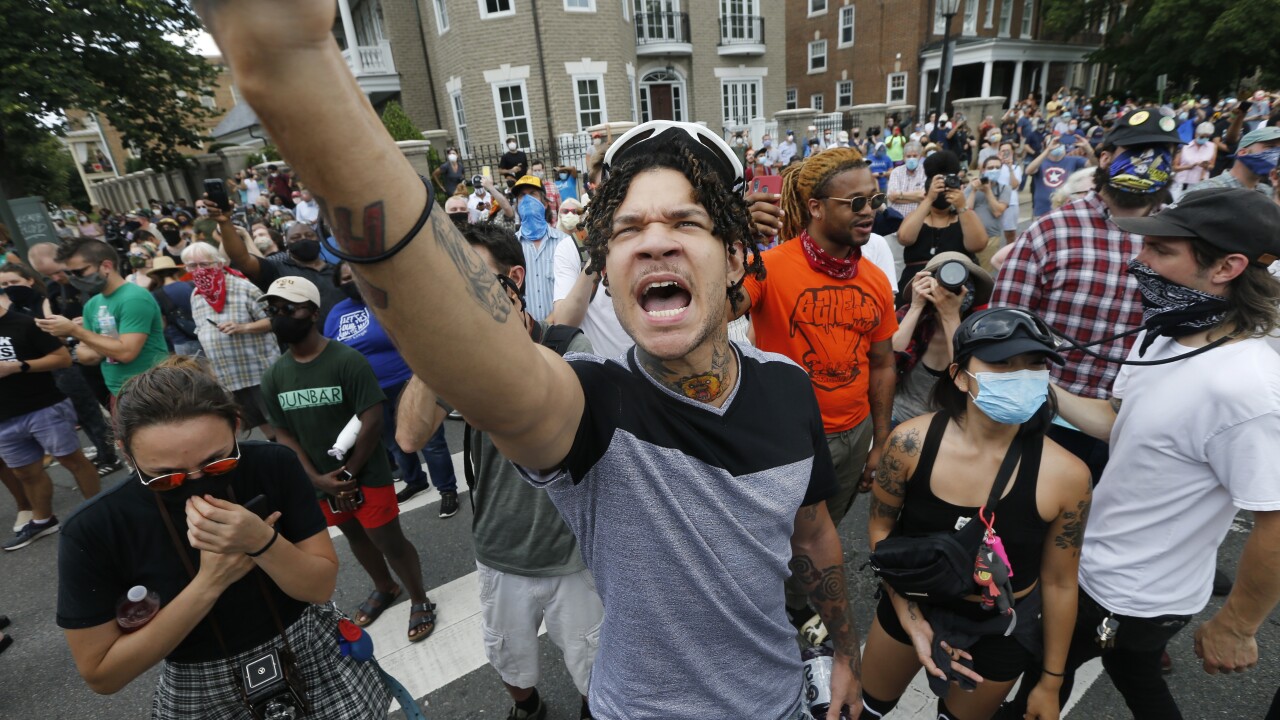 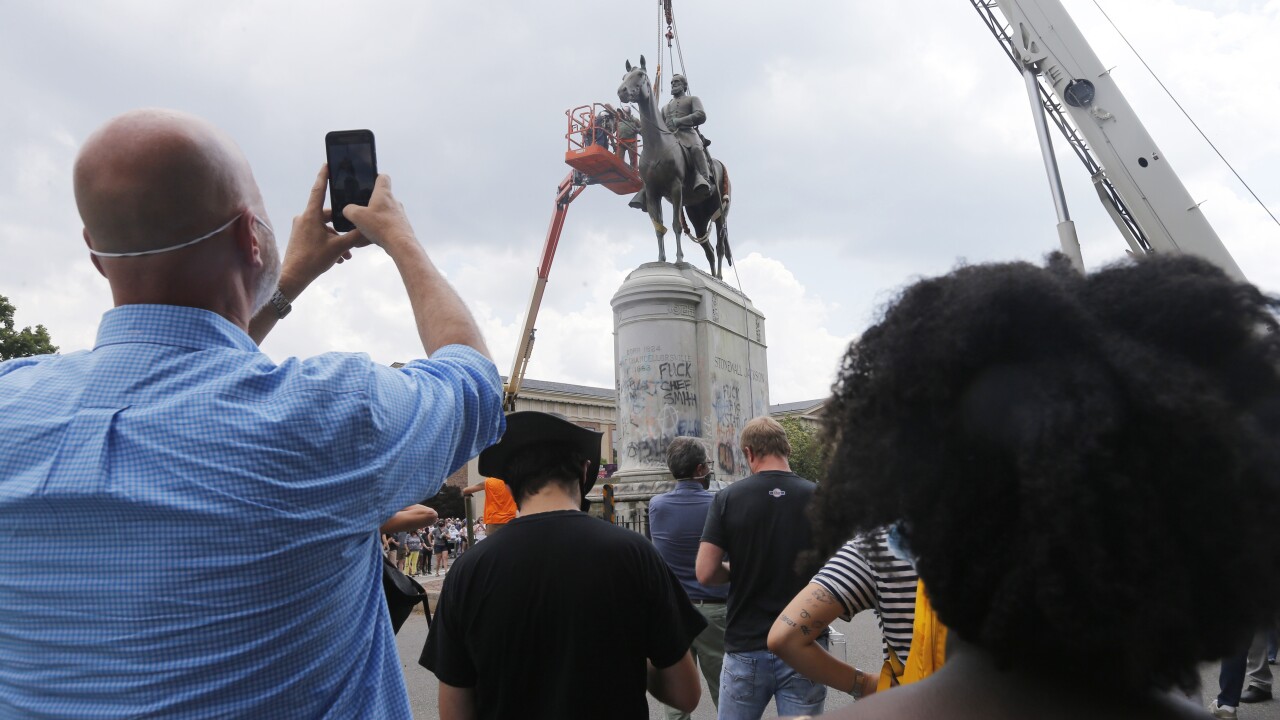 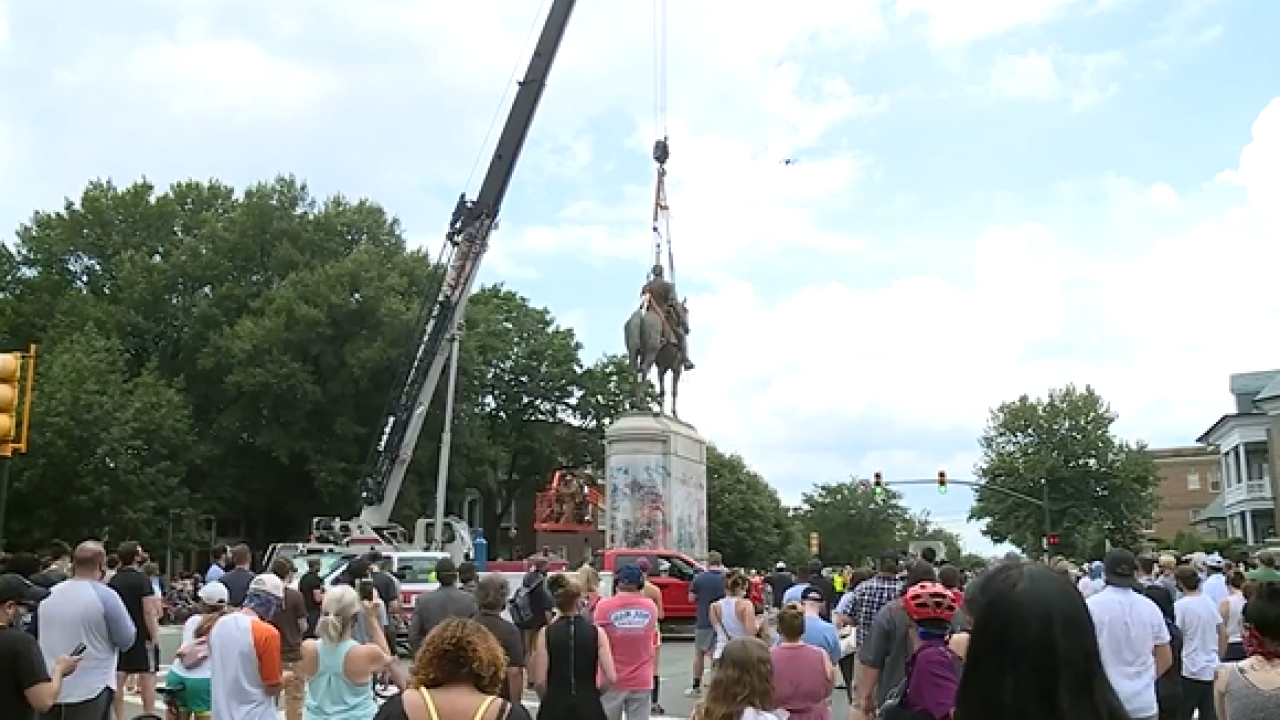 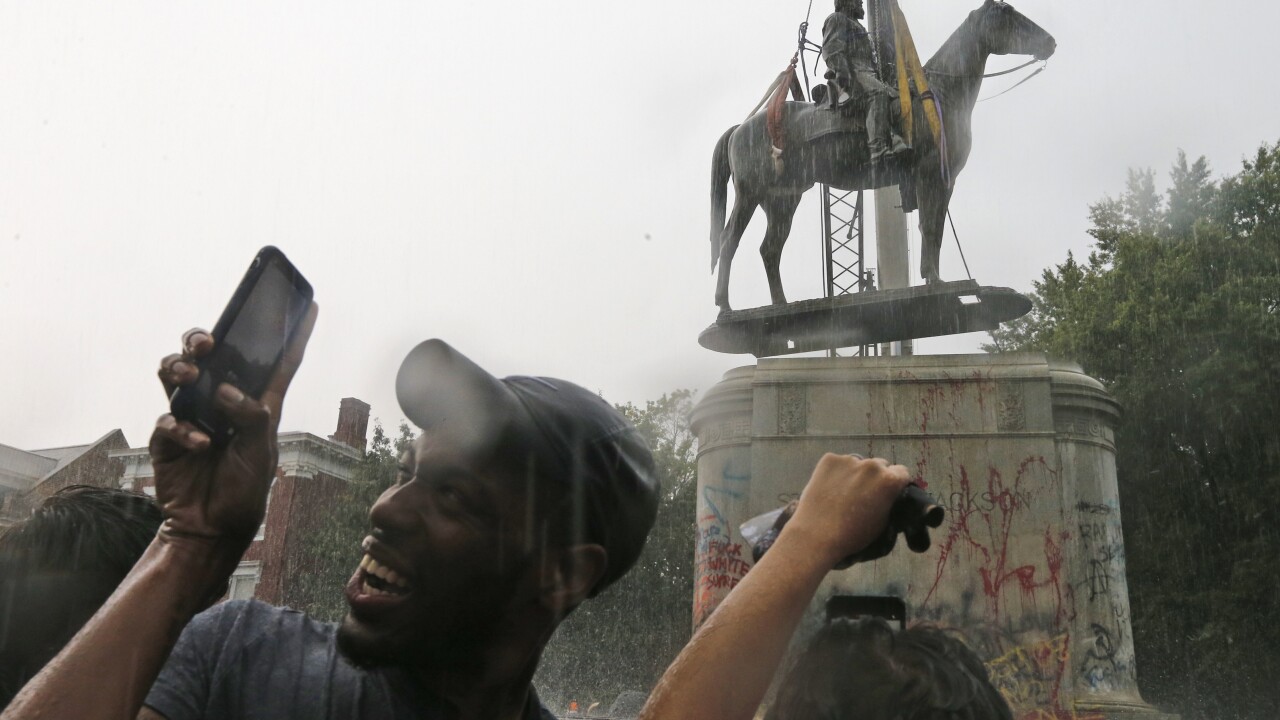 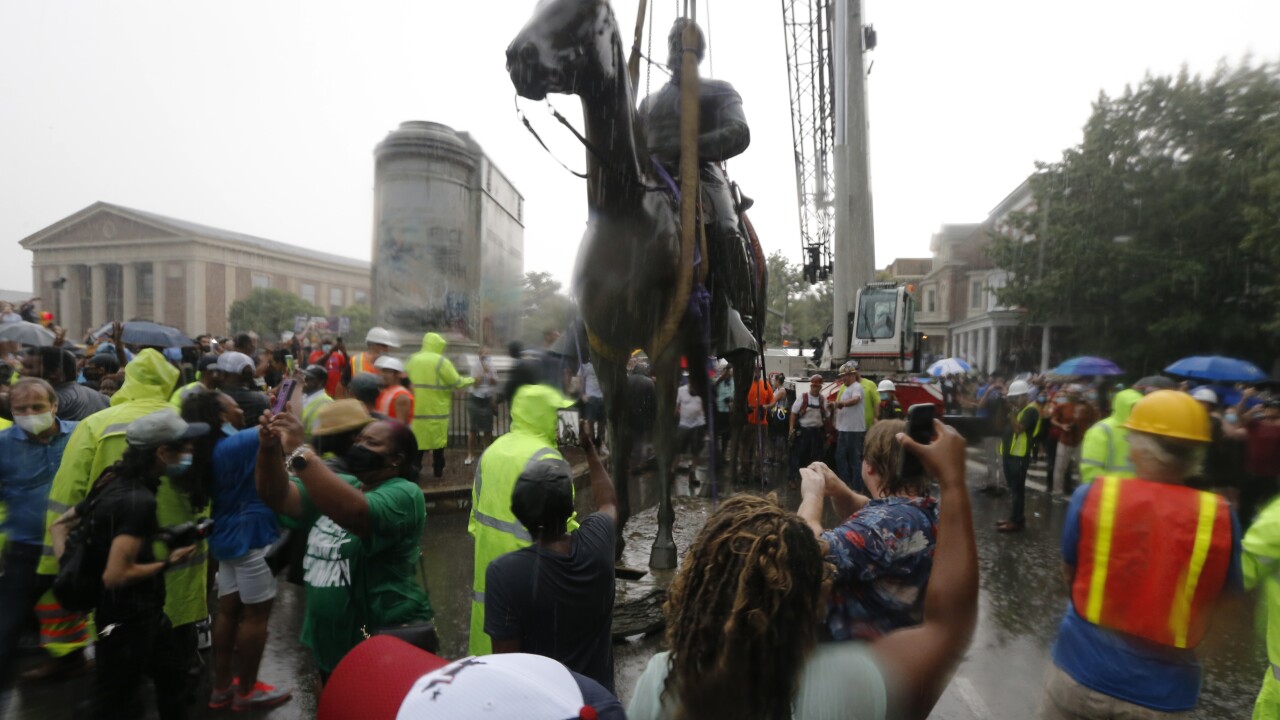 In a statement, Mayor Stoney said he was using his emergency powers to order the immediate removal of "multiple monuments in the city, including Confederate statues."

“As the COVID-19 pandemic continues to surge, and protesters attempt to take down Confederate statues themselves or confront others who are doing so, the risk grows for serious illness, injury, or death,” Mayor Stoney said in a statement. “We have an urgent need to protect the public.”

The mayor also cited the city's need to heal as it grapples with its Confederate legacy.

The removal comes less than two hours after Richmond City Council put off a vote to remove Confederate monuments from Monument Avenue.

In that meeting, Stoney introduced a resolution calling for the immediate removal of Confederate statues in Richmond.

A vote was to be taken Thursday.

Stoney argued that since Richmond was under a state of emergency and he is in control of emergency management, he had the right to remove the statues citing concerns over public safety. It appears Stoney is confident in that legal interpretation.

"It's history. It's history being made. That's why I'm out here. And so people are going to get upset about the process. I think it's the right thing to do, at the right time. I could say it's 130 years, too late, but in light of all the protesting and everything that's going on, I know a lot of people in Richmond want to get to our new norm. So I'm ready," Richmond City Councilman Mike Jones said.

Jones has been outspoken in his support for the removal of the monuments. He said he first called for the removal following the deadly 2017 Unite the Right rally in Charlottesville.

Livestream from Monument Avenue in Richmond where cranes have been set up to remove the statue of Confederate General Stonewall Jackson. @CBS6 https://t.co/MKuSZE9MB2

Richmond City Councilwoman Stephanie Lynch, another supporter of the removal of the statues, called the moment historic.

"I'm proud to be in this city. I'm proud to be a part of this moment," she said. "I think this is going to be read about in textbooks, all across the nation, and hopefully across the world for the rest of our human existence as long as we have history."

A majority of the council had expressed support for the removal of the monuments.

During Wednesday's meeting, Richmond City Attorney Haskell Brown said based on the city charter, City Council could not legally vote on the mayor's resolution Wednesday since it was not publicly noticed for the special meeting.

Brown said Stoney's resolution was received 23 minutes before the start of Wednesday's virtual meeting and he had not had time to review its legality.

Andrew Bennett Morehead, a spokesman for the Virginia Division of the Sons of Confederate Veterans, echoed Councilwoman Gray's sentiments that it was important laws were followed.

"Whether I like the law or whether the Virginia Division of the Sons of Confederate Veterans likes the law, as long as the law is adhered to, and the monuments are not destroyed, or altered, as it does state in the new law that took effect at midnight, that's fine," he said. "As long as they were taken down properly and correctly and turned over to the private sector, which is always more effective financially in every other way than the public sector, placed on privately held grounds to remain protected, preserved, and revered as they should be for perpetuity, I'm fine with that."