'Nobody should every feel that kind of hatefulness' 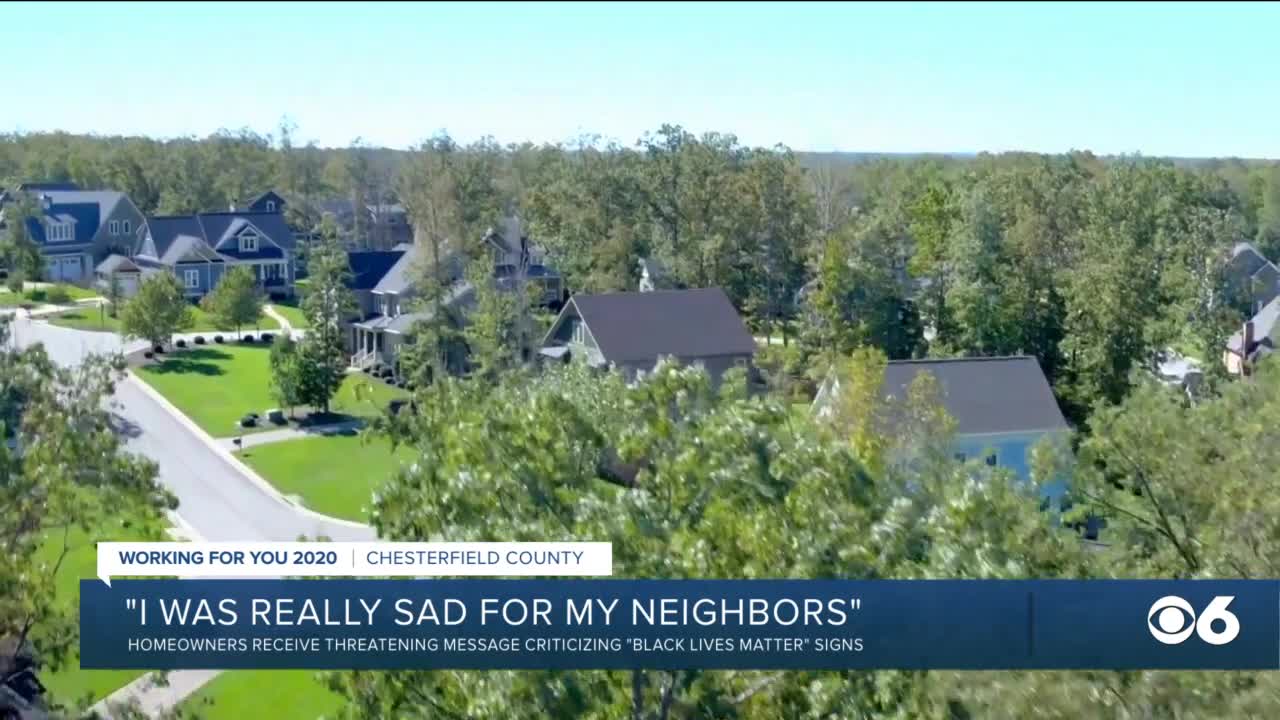 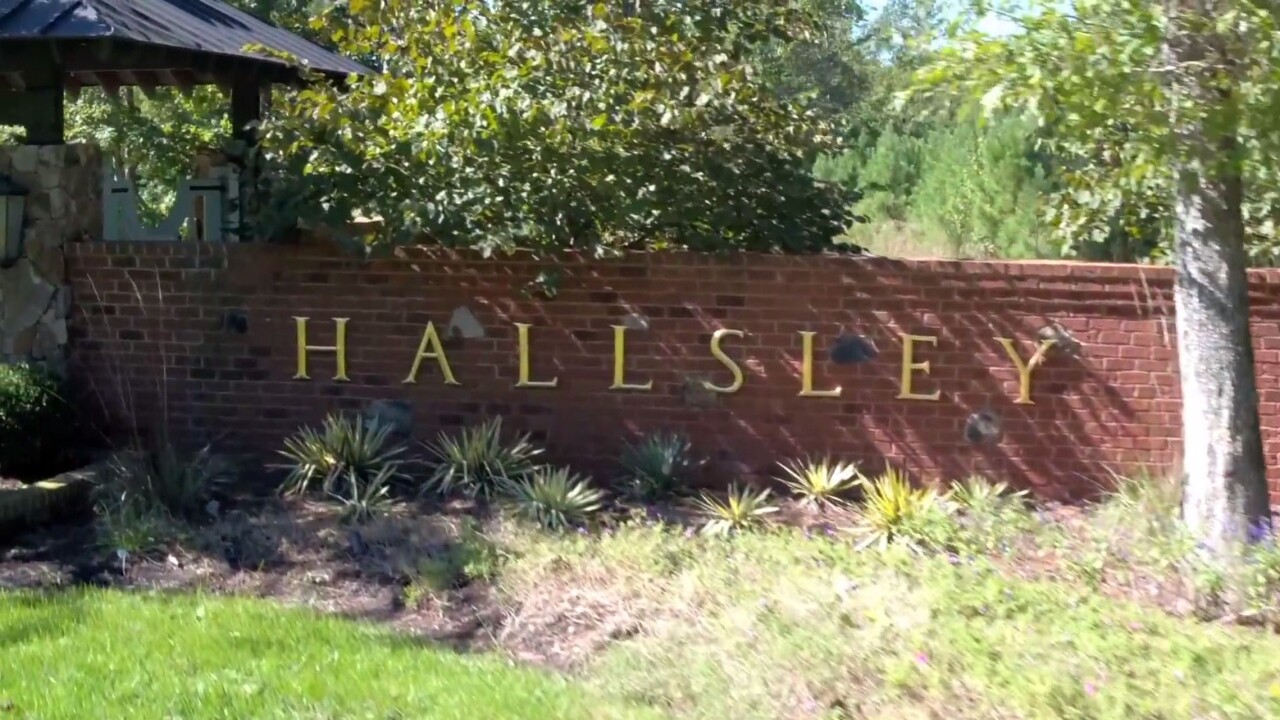 A homeowner in the Hallsley at Midlothian community shared the letter with CBS 6.

The sender then urges the homeowners to move out of the neighborhood.

“So it is safe to assume you really hate your country and you don’t care about the future of your children. If you haven’t noticed or will soon.. you are being shunned here in Hallsley. How about moving ??” the letter stated.

The postmarked and typed letter was signed, “Your Hallsley Neighbors..”

The homeowner said they have since turned the document over to authorities.

The families who received a letter collectively sent CBS 6 a statement condemning the letter.

"On behalf of the families that were targeted for our political beliefs and support for human rights, we would like to first thank community members within Hallsley and at large that have rallied to our defense. We were all understandably shocked and dismayed to find out that an individual or individual(s) harbor such feelings of hatred towards us for expressing our constitutionally protected beliefs. We are hurt, angry, and disappointed. However, we are strong and resolute in our beliefs and in our right to share them publicly. The matter has been turned over to the proper authorities and is being investigated. Out of respect for the investigation, the targets of these letters prefer not to make any public statements at this time. However, we want to take the opportunity to bring light to such intolerable behavior in the hopes that one day we can be better. In the near future, we hope to use this as an opportunity to foster frank discussion on difficult topics so that we may one day grow and thrive as a community despite our differences."

In 2017, Hallsley at Midlothian was nationally awarded the Best Community in America, according to the community’s website. CBS 6 reached out to the homeowner’s association for a comment, but they haven’t responded as of Friday afternoon.

Kelsea Baker, who has lived in Hallsley for several years, said she learned about the letters from the neighborhood Facebook page.

“I was really sad for my neighbors that got them and shocked. I was really hoping that it wasn’t perpetrated by someone who lives among us,” Baker explained. “It was threatening and a hateful and you certainly don’t want that in the same neighborhood where you live.”

She described Hallsley as a welcoming neighborhood where her neighbors made people feel like they belong.

“It’s awful that nobody should have to feel like that for expressing what they believe,” Baker stated.

“Being hateful and sending hurtful messages is not the way to get anything accomplished,” she said. “Nobody should every feel that kind of hatefulness.”

Chesterfield Police said they received a report about the letters on Thursday.

“At this point it does not appear that any crime has occurred. As always, we encourage residents to report suspicious incidents to police,” according to a police spokesperson.

But, CBS 6 Legal Analyst Todd Stone said he believed a judge could interpret the letter as voter intimidation.

"This letter is potentially criminal because it’s specifically designed to intimidate the person there. It’s done at their home and a personal place," Stone explained.

While cases of voter intimidation are often seen at polling locations, Stone said that's not necessary under the code.

"You're talking about something targeted at someone’s home the most personal place it could possible be," he stated. "The fact that it was sent through the mail makes it very clearly federal jurisdiction."

Earlier this month, The Powhatan County Sheriff's and the Commonwealth's Attorney's Office began investigating after a resident reported receiving a threatening letter in the mail warning them to "leave the country."

The sheriff's office says the letter, addressed to 'Our loyal supporters,' referenced a Black Lives Matter flag in the victim's yard as being a Communist Organization.