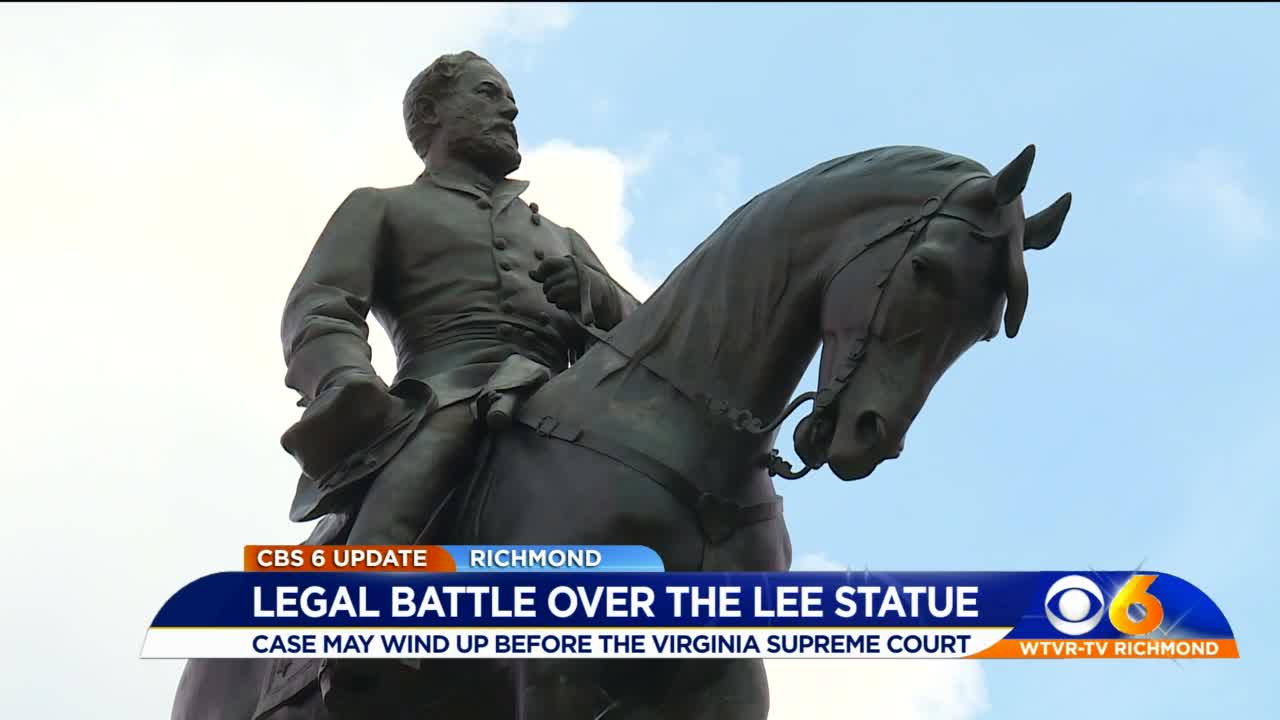 Lawsuit alleges deed prevents Lee statue from being taken down 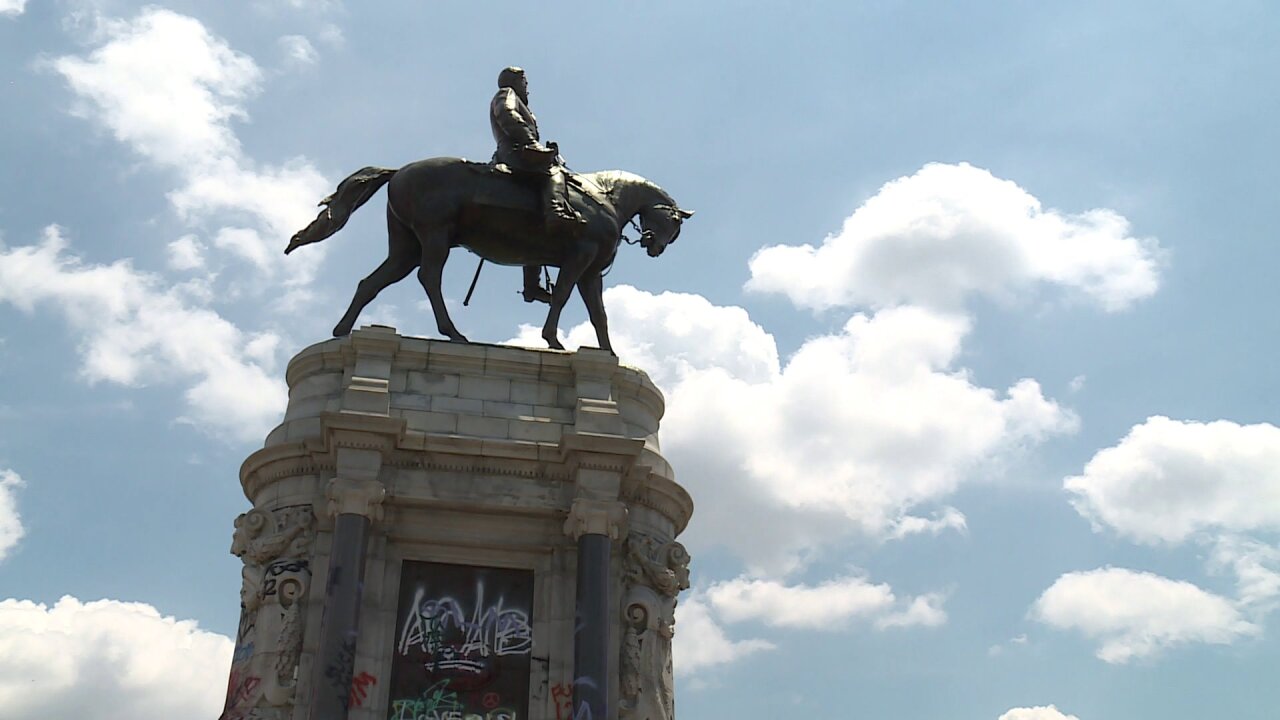 RICHMOND, Va. -- A lawsuit that has temporarily halted plans to remove a statue of Confederate general Robert E. Lee from Monument Avenue is based on the original land deed signed in 1890.

It alleges that Governor Ralph Northam (D) and Virginia officials have failed to protect the Lee Monument grounds and that plans to remove the statue violate the original agreement.

The legal challenge is filed by William Gregory, who is the great-grandson of one of the original families that signed over the 200-foot diameter land island at Monument and Allen Avenues.

“If the injunction is not granted, the defendants [Virginia officials] will be free to remove the Lee Monument. The removal would inherently result in irreparable harm to the Plaintiff [Gregory],” the reads. “His family has taken pride for 130 years in this statue resting upon land belonging to his family and transferred to the Commonwealth in consideration of the Commonwealth contractually guaranteeing to perpetually care for and protect the Lee Monument.”

At a press conference Tuesday, Northam and his legal team said they have been preparing for a year to bring down the Lee Statue and expected legal challenges.

“This is a statue that is divisive. It needs to come down,” Northam said.

“Let’s be clear about one major thing here: though this monument was cast in the image of General Robert E. Lee, the purpose of this monument was to recast Virginia's history,” said Rita Davis, Legal Counsel to Governor Northam. “To recast it to fit a narrative that minimized a devastating evil perpetrated on African Americans.”

As Black Lives Matter protesters continue to take to the streets nationwide, marching against police brutality and decades of racial injustice, the Lee Monument has served as a hub for Richmond protests at night and a site for families to take in the moment in history during the daylight.

According to the 1890 land deed included as an exhibit in Gregory’s lawsuit, the circle where the monument sits is “perpetually sacred” to memorializing Robert E. Lee, and the Commonwealth would “faithfully guard it and affectionately protect it.”

Vandalism to the pedestal and the state’s failure to stop it constitutes a violation of that original agreement, the lawsuit alleges.

The governor’s legal team said fighting the injunction in Richmond Circuit Court would be a “multi stage process,” which is “by no means the end of this issue.”

“There will be several other stages of this process, by which we we’ll vigorously defend the governor's authority to do this. At the end of the day, we fully expect the Circuit Court and maybe necessarily the Virginia Supreme Court will affirm that,” Davis said.

As hundreds of people arrived and left the Lee circle for the tenth straight day Tuesday, Felix and Gabriella Soto took photos of each other in front of the pedestal now covered in graffiti. Felix said he brought Gabriella and his other kids here as a history lesson that is still unfolding.

“This place was almost sacred, in a way. You can't come close to it, can't touch, can't come near it. Now, I think people are actually realizing what it actually represents,” Felix Soto said.

“We know that it's was a sign of slavery, which is a horrible statue. I hope they really do take it down,” said Gabriella, who is nine-years old.

The Sotos said they hope this moment serves as a learning opportunity for other Virginians, and that they try to take away more than an argument over 60-feet of bronze and granite.

“You bring up the question of ‘why.’ Why do you want it brought down? From that, you’ll come from education. You'll learn from other blacks and Hispanics why we want this down. Ask the question first, and you'll get the answer for it,” Felix said.

The Blackburn, Conte, Schilling & Click, P.C., the law firm representing Gregory, sent a statement regarding their involvement in his case. It read in part:

“As a firm, we take seriously our obligation to represent clients and handle cases even when those cases are controversial or unpopular. Our legal system works best when every client is zealously represented. Our lawyers have accepted court appointments in controversial cases where other lawyers would not. We have put in countless hours of pro bono representation, including offering pro bono representation to those arrested in the recent protests. We do not accept or refuse a case based on our personal beliefs. We believe that every client deserves proper legal representation, and we will present each case to the Court, allow the Court to make a reasoned decision, and respect the ruling of the Court.”

On Monday, a Henrico man named William Davis filed a lawsuit in federal court against Northam stating removal of the Lee statue violates “federally designated landmark law.” Davis’ application asks the court to compel the Northam to “cease and desist” removal of the statue, and restore its appearance to before “riots and vandalism.”

Judge Henry Hudson denied the initial request because Davis failed to fill provide information on his income, so the court could not “adequately assess his ability to pay the filing fee required.”

Hudson said the court would revisit the claim after the paperwork was resubmitted and the filing fee paid.