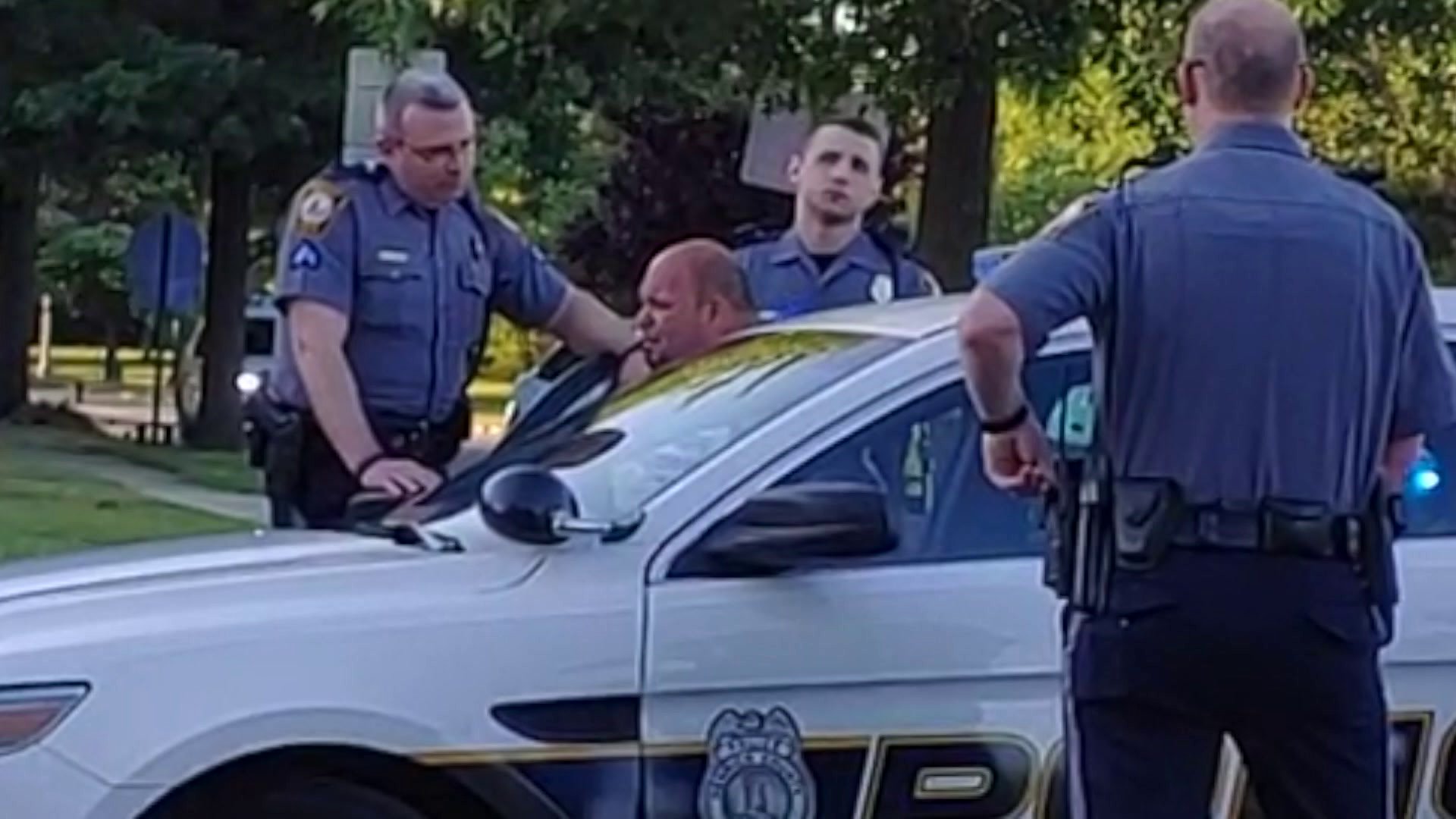 HENRICO COUNTY, Va. -- Henrico prosecutors have charged the self-proclaimed Grand Dragon of the KKK with four hate crimes in connection to a June 7 incident in which Harry Rogers is accused of hitting Black Lives Matter protesters with his truck.

"I have no doubt Mr. Rogers was motivated by bigotry and racism and should be severely punished for his egregious criminal behavior," Henrico Commonwealth’s Attorney Shannon Taylor said following a court hearing Thursday. "I am charging Mr. Rogers with the strongest form of assault and hate crimes permitted under Virginia law."

Rogers, 36, of Hanover, is now charged with:

4 counts of assault with hate crimes (as permitted by Virginia Code § 18.2-57 A)
2 counts of felonious attempted malicious wounding
1 count of felony hit and run

“After further in-depth investigation, where we spoke with over two dozen witnesses and several victims, I determined that additional charges were warranted," Taylor said.

In court, Chief Deputy Commonwealth’s Attorney Michael S. Huberman said on June 7, a group of about 300 people marched down Lakeside Avenue during an organized Black Lives Matter protest that was advertised on Facebook.

As the protesters marched north on Lakeside Avenue, Rogers was driving south. He made a U-turn over the median, according to investigators.

Huberman said Rogers passed cars that were behind the protesters in order to get to the marchers.

While Rogers revved his engine to intimidate the protesters, two bicyclists were struck, investigators said.

Another woman jumped on the hood of Rogers' truck in order not to get run over, according to police.

Rogers' attorney, George Townsend, showed a two-second clip of Rogers' truck striking the two bicyclists. Townsend argued one bicyclist intentionally moved his body and bike to the left and into the path of the truck.

The protesters had "multiple opportunities to get away," Townsend argued. A protester also threw a water bottle hitting the truck.

Henrico Police Sgt. Wood said Rogers exited his truck and stood in a "threatening posture like he could draw his weapon."

A search of the residence Rogers shared with his girlfriend and their children in Hanover found a Ku Klux Klan robe, a "Klan Bible," KKK paraphernalia as well as a KKK "White Power Flag" - including additional weapons.

On March 19, 2017, Rogers attempted to order food from the drive-thru at Popeyes on Laburnum Avenue. The employees asked Rogers to pull forward and he became argumentative stating he was armed, police said. Police were called and charged him with carrying a concealed weapon without a permit.

On May 29, 2020, Rogers entered OrthoVirginia in Henrico County without a mask. The receptionist asked him to put on a mask. Rogers returned wearing a KKK hood and was asked to leave. As he left, he shouted "white power," according to police. He was not charged.

Police found Rogers had used racial epithets including the phrase "Black Lives Splatter" in a Facebook thread days before the Lakeside incident.

Police said that Rogers had been communicating with at least one other individual to "protect" and "observe" the monuments.

Taylor said her office was exploring possible domestic terrorism and child neglect charges against Rogers as well. There was a teenager in his truck at the time of his arrest.

Sgt. Wood said Rogers initially told police he was trying to flee after the teenager was struck by protesters. Police, who spoke with 25 witnesses, found no evidence that the teenager was assaulted.

Rogers was carrying a loaded firearm on his hip, police said, and they found an AR-15 in his truck with a full magazine, as well as 2 "government style magazines on the top of the center console."

The Commonwealth's Attorneys cited Rogers' well-known beliefs as the "Grand Dragon" of the KKK and said he boasted that he was a top official of the KKK in Virginia to police at the scene.

Marshall said Rogers put himself in that situation by operating a vehicle in the manner that endangers life and property.