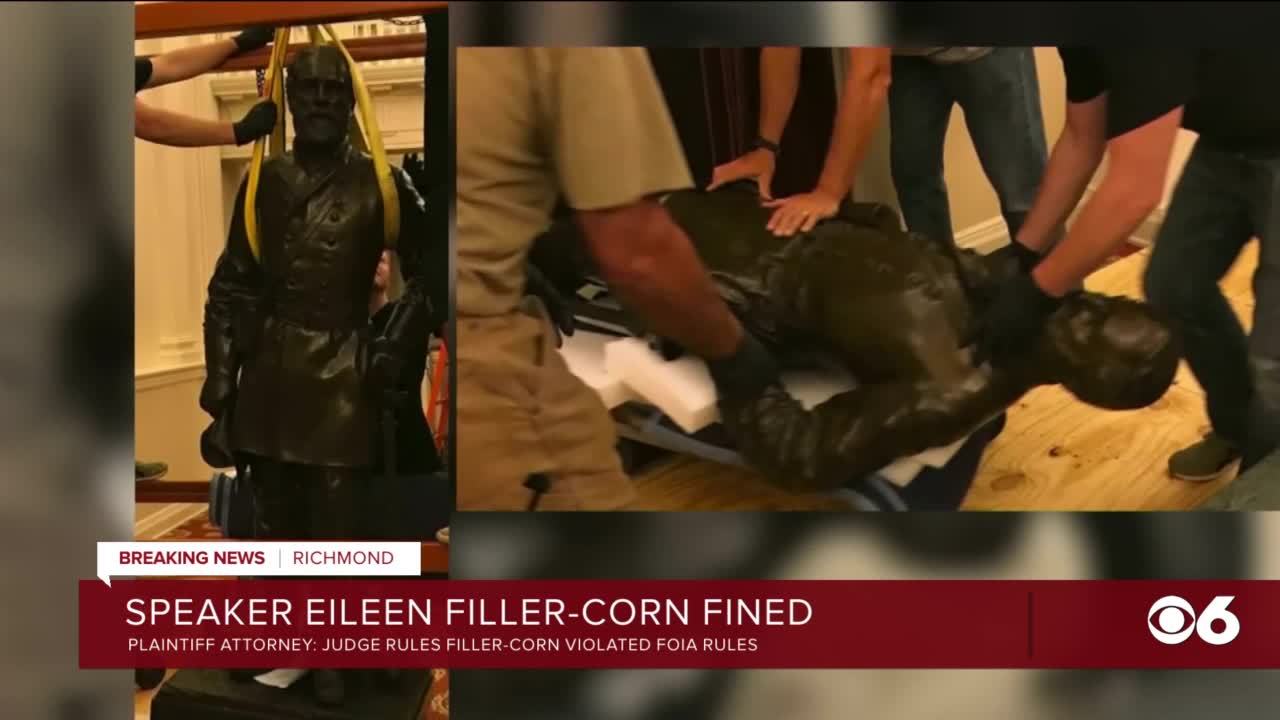 The Speaker of Virginia's House of Delegates, Eileen Filler-Corn (D), was fined $500 Friday and told to pay attorney fees totaling nearly $2,000 after a Northern Virginia lawyer took her to court for denying his Freedom of Information Act (FOIA) request. 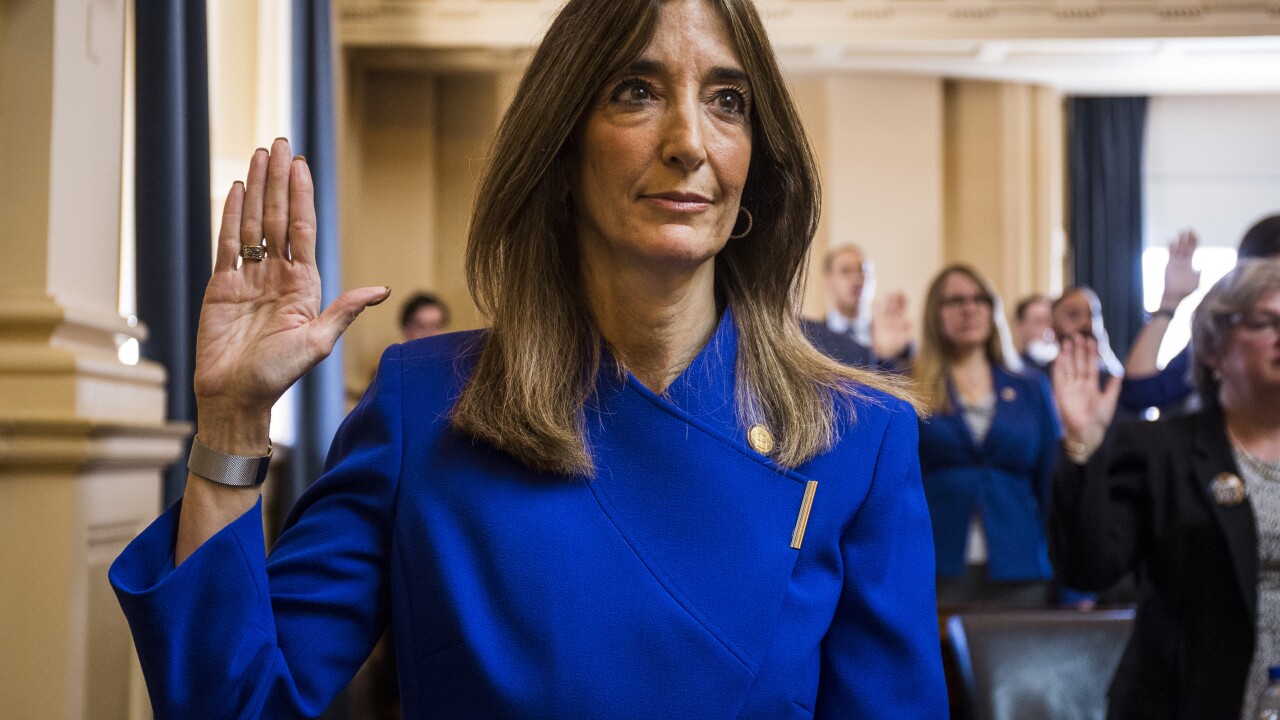 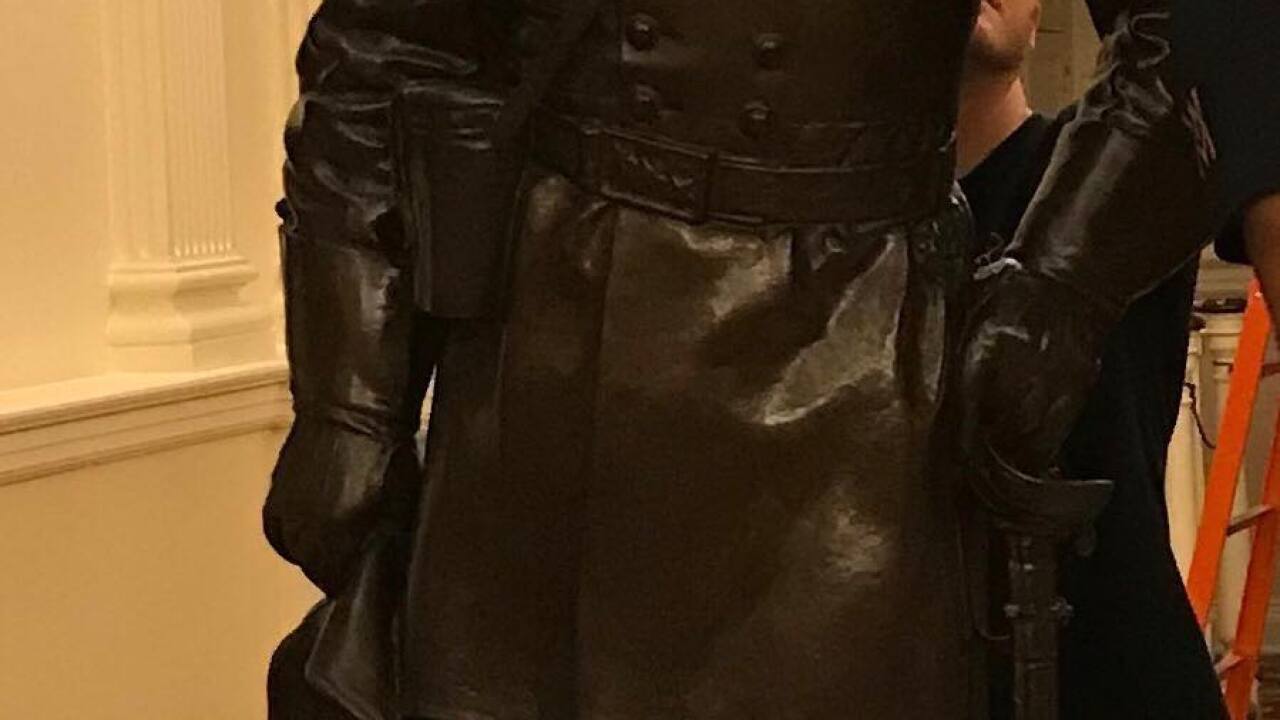 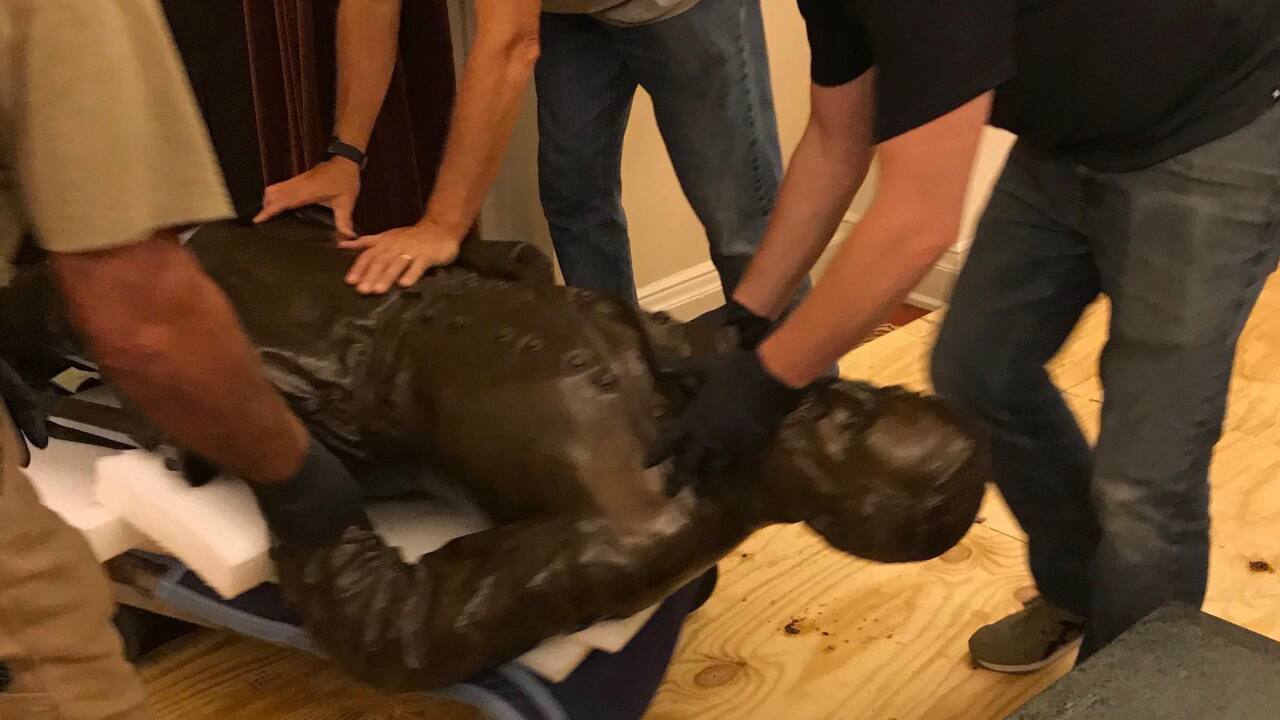 RICHMOND, Va. -- The Speaker of Virginia's House of Delegates, Eileen Filler-Corn (D), was fined $500 Friday and told to pay attorney fees totaling nearly $2,000 after a Northern Virginia lawyer took her to court for denying his Freedom of Information Act (FOIA) request.

The story goes back to July 23 when Filler-Corn had several statues of Confederate leaders removed from the Old House chamber.

David Webster, a lawyer in Northern Virginia, sent a FOIA request to the speaker, requesting more information about the removal, including the procurement process for hiring a company to do the job, and how much it cost.

In a letter to Webster, the speaker said the records did not exist.

Webster did not believe her, and filed a FOIA lawsuit in Richmond General District court.

He also filed a FOIA request to the Virginia Department of General Services for the information.

The documents Webster received from the state show the removal of the statues cost more than $80,000.

"When the Speaker made the decision to remove the statues and artifacts honoring the Confederacy from the Capitol, it was understood that it would upset and agitate some people in Virginia and throughout the country," Kevin O’Holleran said. "First, the plaintiff has received all the documents he requested from the House Clerk's Office. The office complied and responded to the Plaintiff's request in this matter as was believed to be required. The Clerk’s office provided these documents to members of the General Assembly, the media and any individuals who have asked. We understand that those who take action to make the Commonwealth more equitable will continue to receive these types of requests, but in no way will it inhibit any work we are doing on behalf of the people of the Commonwealth."