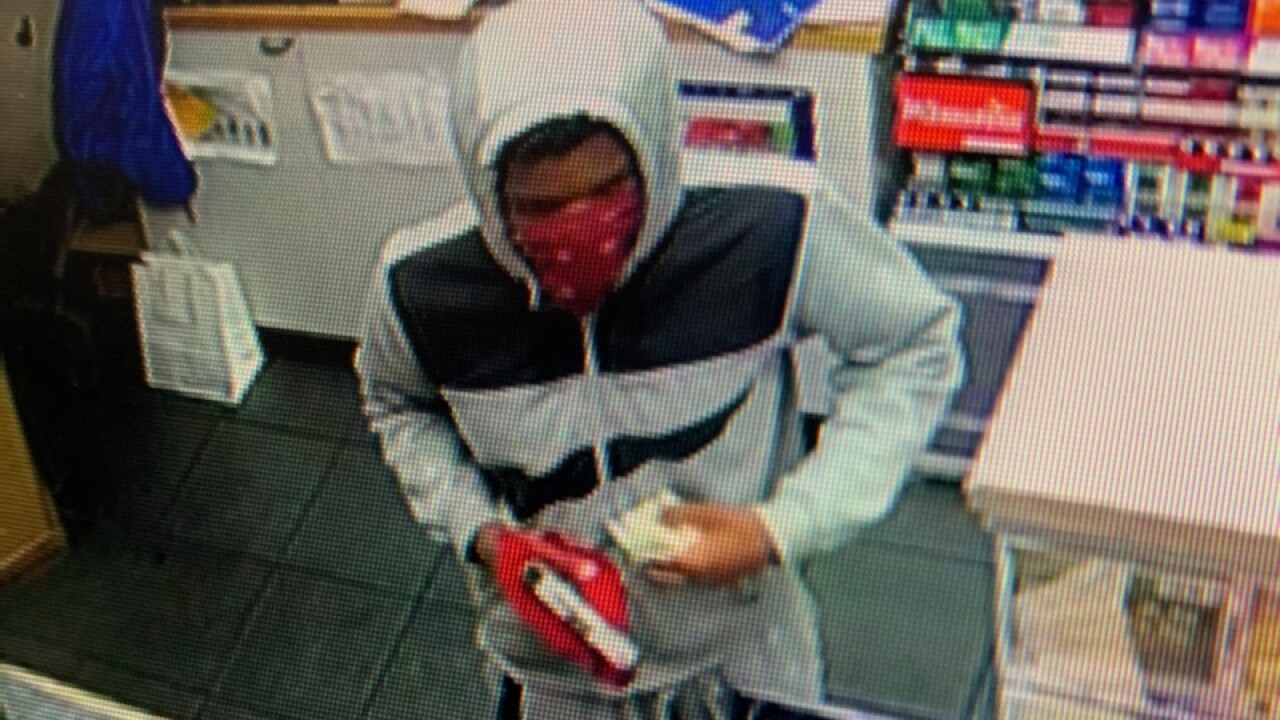 CHESTERFIELD COUNTY, Va. -- Police are looking for the gunman who robbed a gas station Sunday night in Chesterfield County.

“[He] entered the business, displayed a weapon, and demanded money,” a Chesterfield Police spokesperson said. “The suspect fled the scene with an unknown amount of money.”

The crime was reported at about 10:48 p.m. at the BP Gas Station on Beulah Road at Hopkins Road. No one was physically injured during the robbery.

Police described the robber as a black male, approximately 5'9’’ tall, weighing between 140-160 pounds, wearing a red bandana over his nose and mouth, gray hooded sweatshirt and gray sweatpants.

Anyone with information was asked to call Chesterfield Police at 804-748-1251.