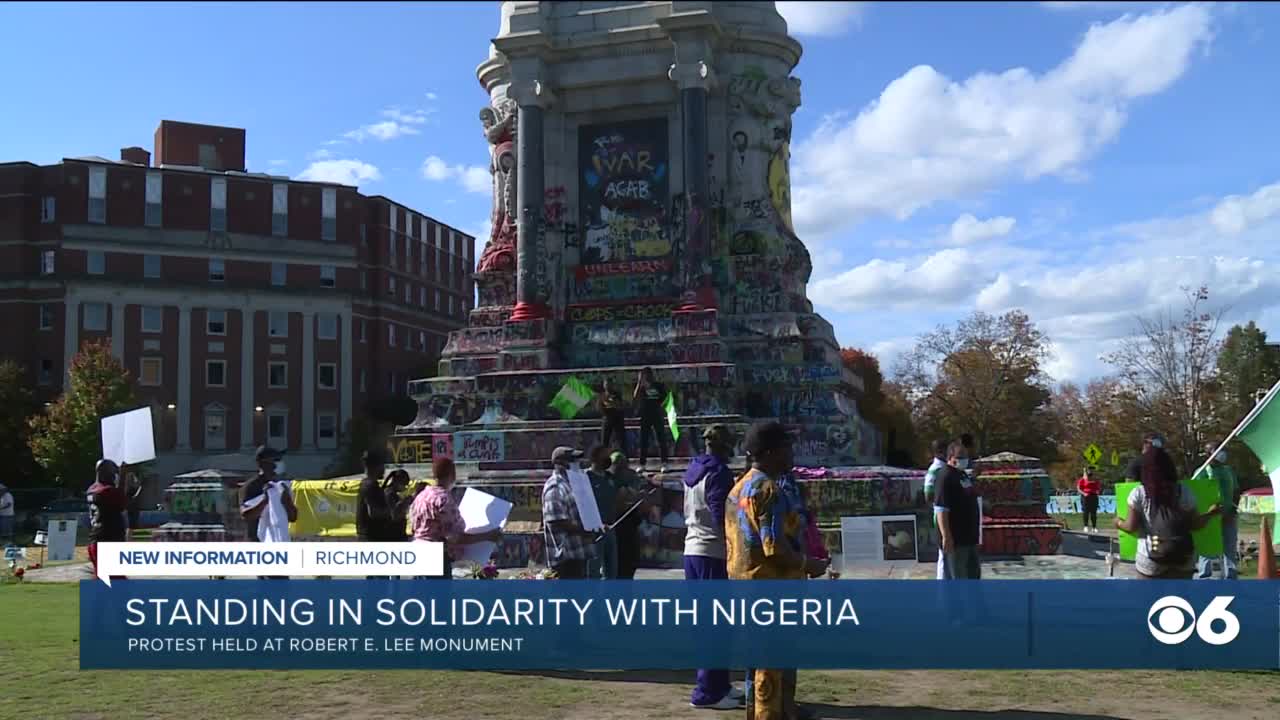 Protesters gathered at the statue to Confederate Gen. Lee on Richmond’s Monument Avenue Saturday to support Nigerian youth protesters after days of peaceful demonstrations over police abuses and then violent unrest that left 69 people dead in the African nation.jjjj 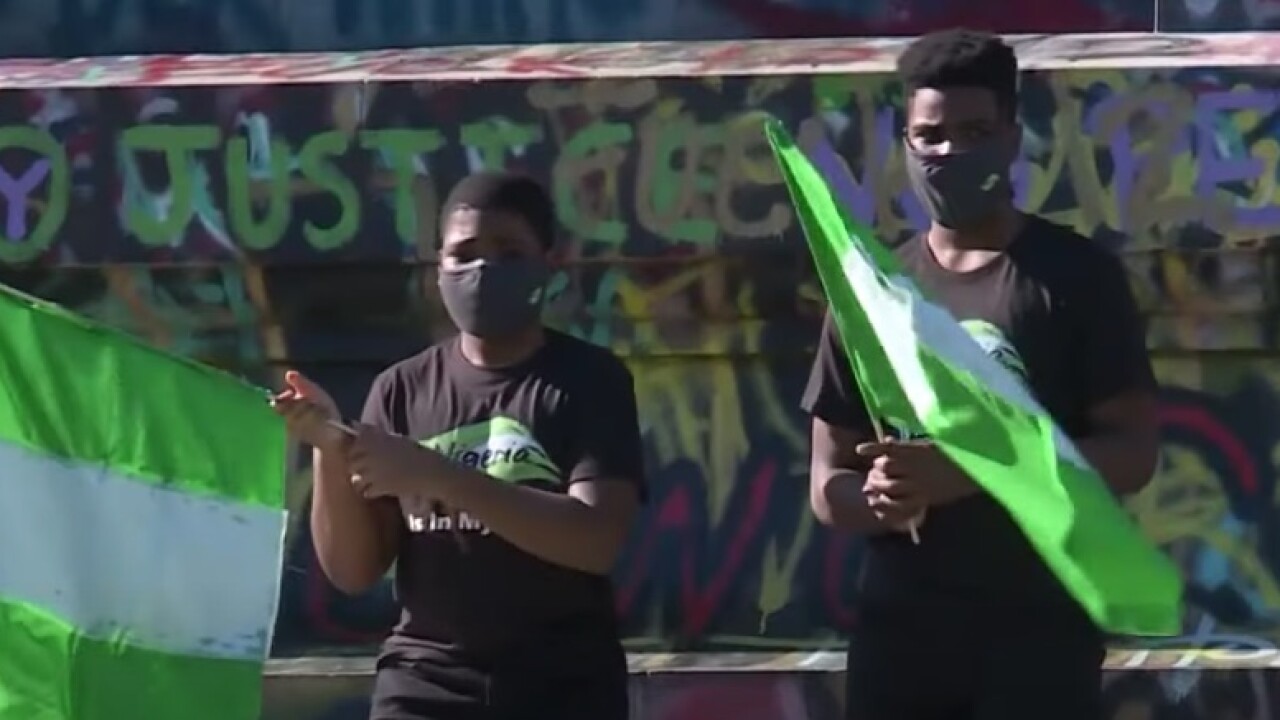 RICHMOND, Va. -- A group of people rallied at the statue to Confederate Gen. Lee on Richmond’s Monument Avenue Saturday to support Nigerian youth protesters after days of peaceful demonstrations over police abuses and then violent unrest that left 69 people dead in the African nation.

The show of solidarity is in response to the #EndSARS protests that began as calls for the government to close the police Special Anti-Robbery Squad.

Over nearly the past two weeks, the protests have become a much wider demand for better governance in Nigeria.

The Nigerian protesters defied a curfew and the faced off again with security forces in Lagos, the nation's larges city, Tuesday.

“We had a situation this past week where the military were there to stop them from protesting, and there was some killings,” Oludare Ogunde, the president of Project Give Back to Community, said. “We want people to be held accountable for that, and we want justice for these protesters. Nigeria needs to change.”

Nigeria’s president said 51 civilians have been killed in unrest following days of peaceful protests over police abuses. He blames “hooliganism” for the violence while asserting that security forces have used “extreme restraint.”

Buhari also says 11 policemen and seven soldiers had been killed by "rioters” as of Thursday, and “the mayhem has not stopped.”

He says another 37 civilians were injured in some of Nigeria's worst turmoil in years.