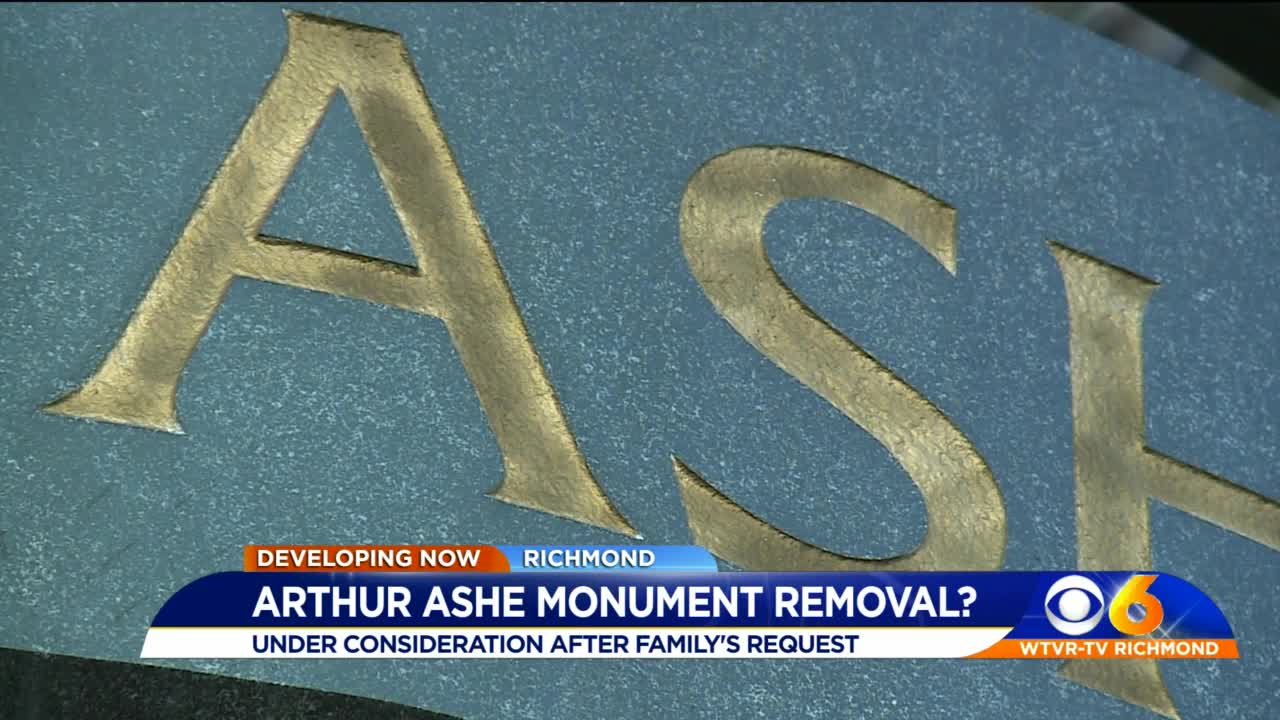 Family members of Arthur Ashe requested that his statue be removed from Monument Avenue during the period of civil unrest last month, according to a spokesperson for Mayor Levar Stoney. 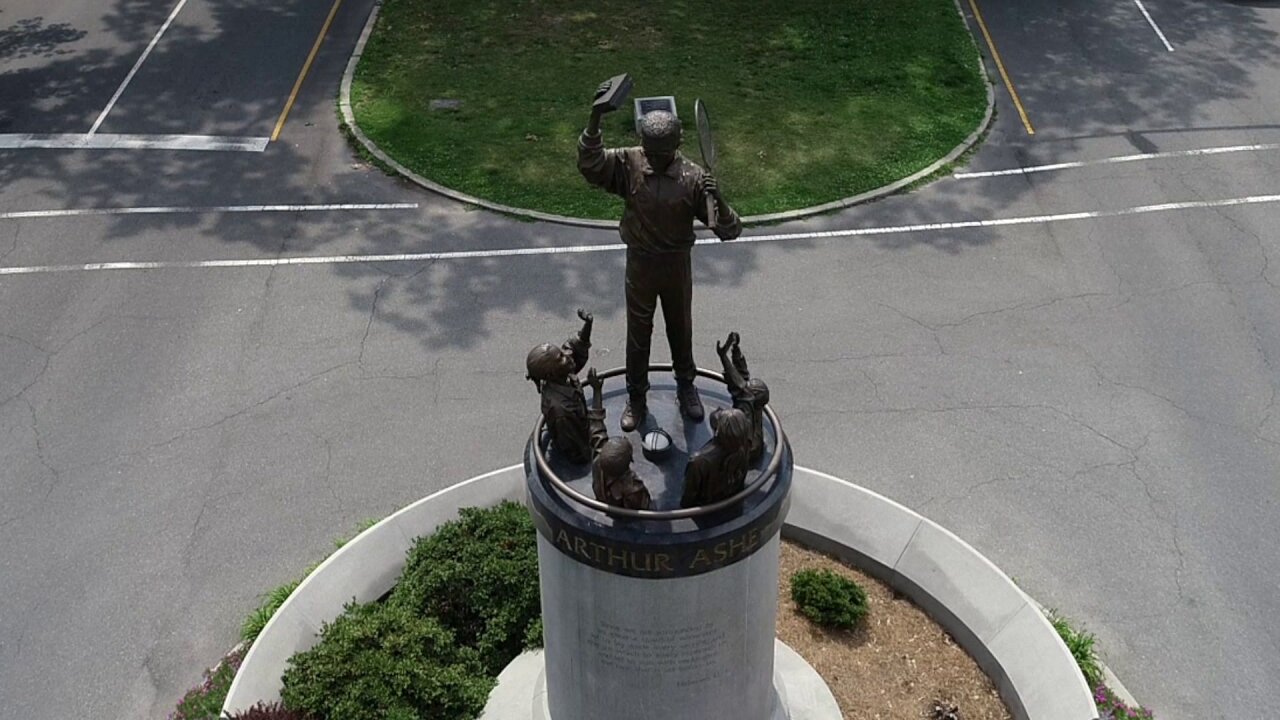 RICHMOND, Va. -- Family members of Arthur Ashe requested that his statue be removed from Monument Avenue during the period of civil unrest last month, according to a spokesperson for Mayor Levar Stoney.

Ashe, a Richmond-born tennis star and humanitarian, was the first Black man to win U.S Open and Wimbledon titles. His statue was vandalized in June when someone spray-painted "White Lives Matter" across it.

The monument was dedicated on Monument Avenue in 1996, three years after his death, to memorialize the Richmond native and counterbalance the string of statues on Memorial Avenue dedicated to Confederate leaders.

On Thursday, Ashe's nephew David Harris Jr., said that he was approached about taking the statue down, citing public safety. He said the discussion was focused on preserving the artistic value of the statue.

“I would like to see it stay up, but if there’s a threat to the physical likeness of it I’m going to side with what the city decides to do. Ultimately they’re the owners of the statue. Prayerfully nobody chooses to damage the statue,” Harris said.

Harris told the Associated Press Friday that the request was a “contingency plan” and the statue isn’t going anywhere.