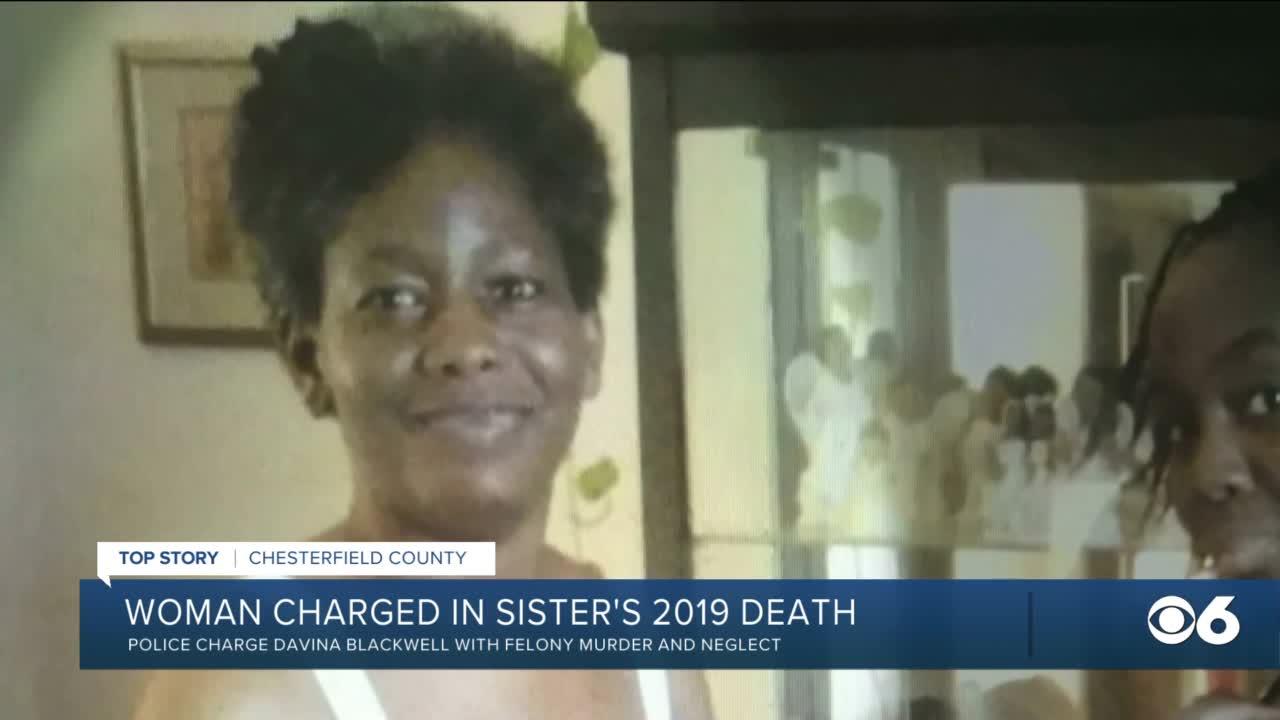 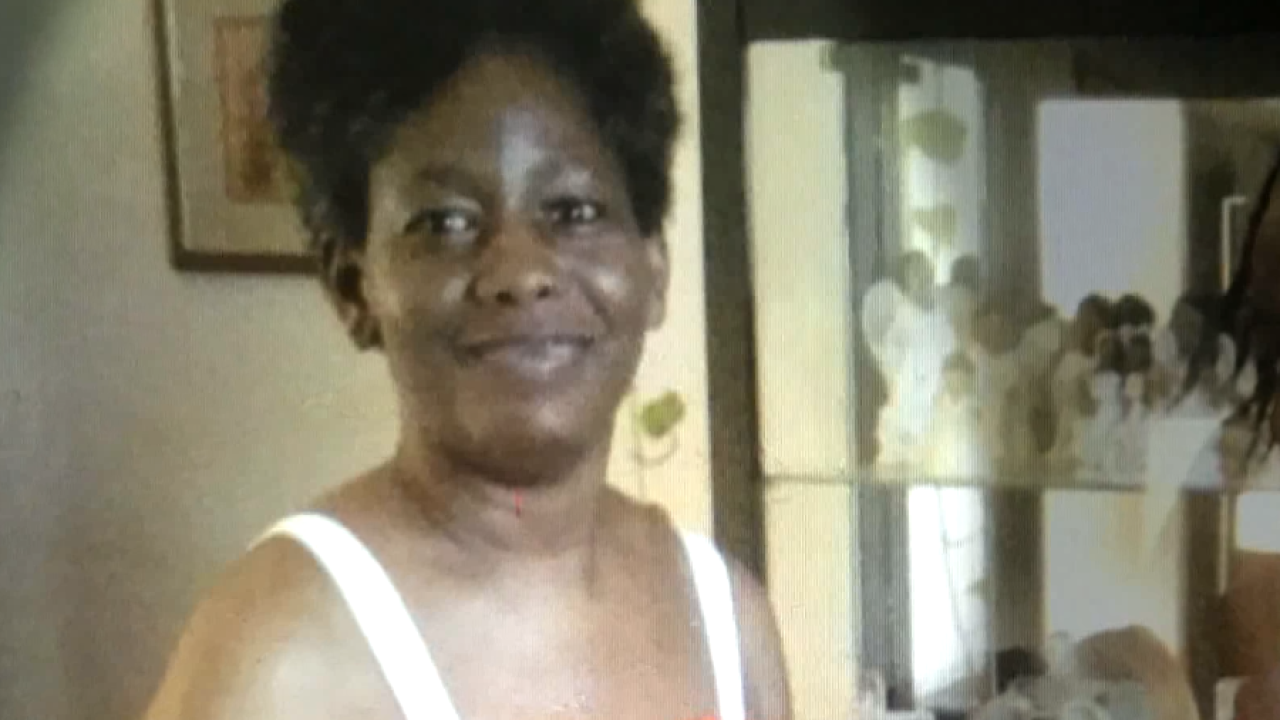 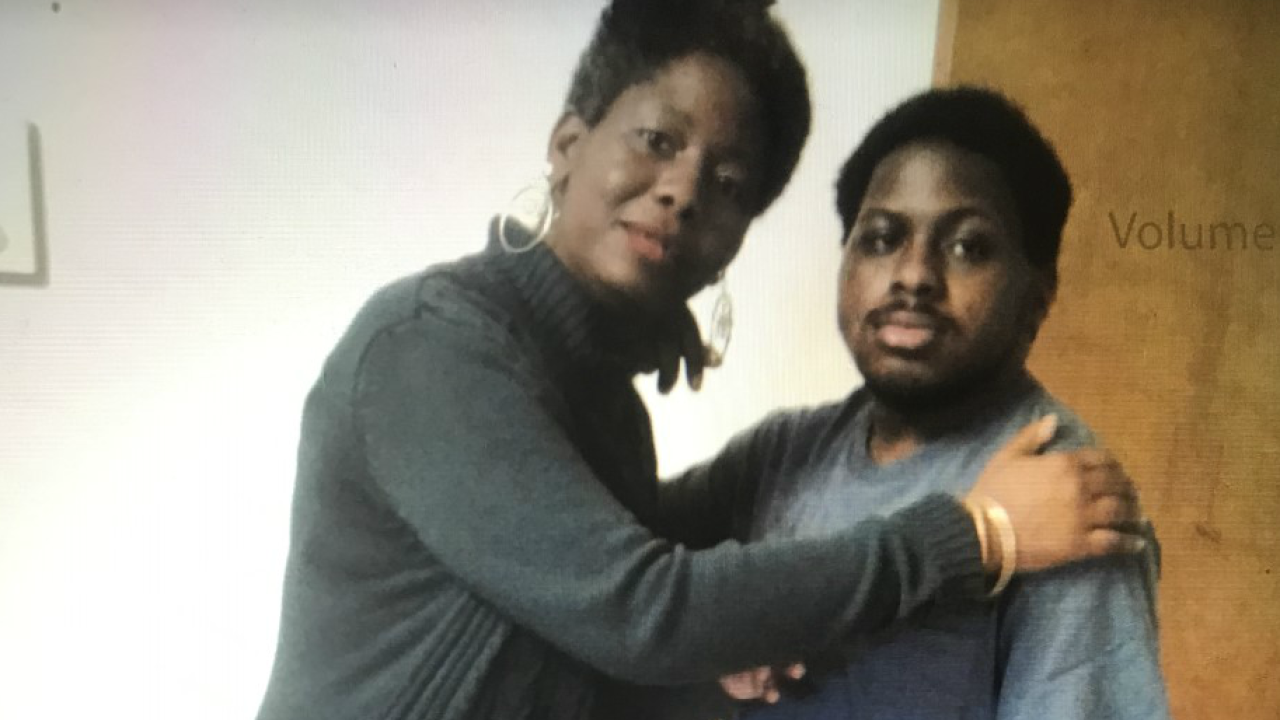 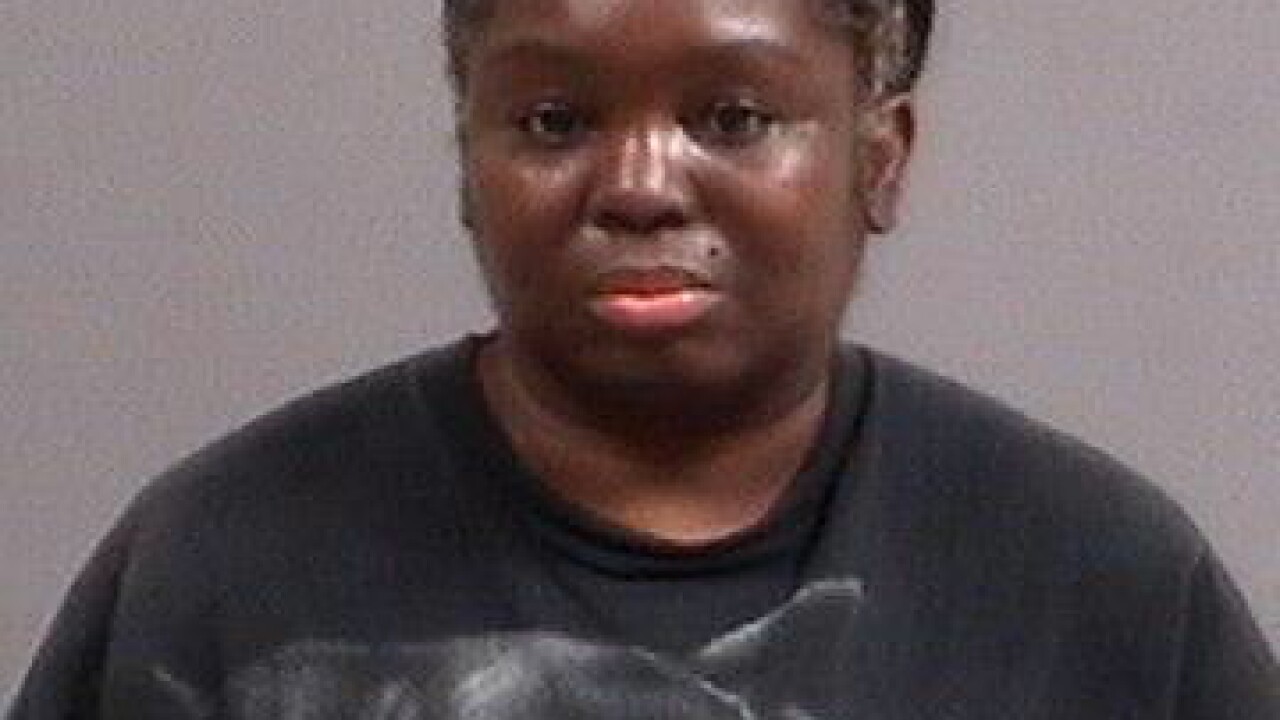 CHESTERFIELD COUNTY, Va. -- Chesterfield County Police announced Monday that 42-year-old Davina Blackwell has been arrested and charged with felony murder and felony neglect in connection to her sister's death in her Chesterfield home.

Police and rescue personnel responded to the for a report that a woman was in cardiac arrest. She was pronounced dead at the scene. Based on evidence at the scene, Pierce's body was transported to the Office of the Chief Medical Examiner.

In January 2020, the Chief Medical Examiner determined the 47-year-old died of starvation, dehydration, neglect and ruled her death a homicide.

In a January interview with CBS 6, Blackwell said her sister lived with both mental and physical disabilities but was happy and healthy. She also disputed the neglect claims.

On September 24, detectives served Blackwell, 42, of the 5100 block of Whetstone Road, for felony murder and felony neglect in relation to her sister's death.

"Ms. Pierce was functioning somewhat normally, prior to miss Blackwell being her primary caregiver. And her health dramatically declined throughout the time that Miss Blackwell was the caregiver and hence we were able to bring those charges forward," said Lt. Brad Conners

Blackwell is currently being held without bond at Riverside Regional Jail.

Police say the investigation into this case is ongoing. Anyone with any information should contact the Chesterfield County Police Department at 804-748-1251 or Crime Solvers at 804-748-0660.